Vinyl isn’t a goddamn documentary. Get used to it. But anyway:

All us aging survivors of shambolic 1970s Manhattan who fondly recall the ash-dark low ceilings of Max’s and the beer-scented shellac-sticky sepia of CBGB’s long for our memories to be made immortal; yet at the same time we stomp our feet (which don’t make much noise, since long ago we traded in our Doc Martens for Merrells) and insist that any filmic reckoning of the period look and sound exactly like we remember it. But that is not going to happen. Deal with it.

If the Sex Pistols fall in the forest, no one hears ‘em; just ask the Hollywood Brats, who were making near-perfect punk rock three years before the Pistols, just no one knew about it.

Vinyl is a good story, features some great acting, is a fine evocation of the period, could have done a hell of a lot worse in the musical supervision department, and shines a light on some of the shabby and spectacular characters who built the music industry. (For instance, if Vinyl leads to a full-length bio film or TV series based on the pioneering if craptastic Morris Levy—the character Paul Ben-Victor’s Maury Gold is based on—that would be fantastic. Paul Giamatti, are you listening? Levy is such a perfect Scorsese archetype, I’m slightly surprised that they didn’t just do a series focused around him.)

Which is all to say that punk rock geeks like myself could spend ages taking Vinyl apart, but it’s a freaking fictional television show, and a good one, too. I mean, I suspect the portrayal of King George III on Blackadder may not be entirely accurate, but I still love that show. Let’s release our personal attachment to the era and what it meant to us, and enjoy the damn show, and be glad someone cares enough about New York City during the bashed-out Beame-times to make the effort to memorialize it.

READ THIS: What Vinyl Got Wrong This Week: The Greatness of Slade and Status Quo

Having said that, last week I did feel the need to call out Vinyl for some flat-out inaccuracies regarding two fine bands, Slade and Status Quo. It was fairly clear that someone was either simply ignorant or settling some old scores (in Slade’s case, it was almost definitely a loud echo of an old grudge, since the band has been dissed multiple times). In this week’s episode (Episode 4, “The Racket”), no great inaccuracy or misrepresentation jumped out at me, though maybe I wasn’t paying enough attention. Which just leaves us with Vinyl’s elephant in the room, which is, of course…

But I don’t mind overlooking that particular elephant, because more than anything, the Nasty Bitz are a dramatic device; and in order to symbolize the changing of the guard/defenestration of one era of music and culture and the emergence of another, a clear-cut dramatic device had to be employed. Even if (circa ’72/ ’73) the real heavy lifting of punk’s breech birth was being midwifed by artists like Dr. Feelgood, The Numbers Band, the Magic Tramps, and the Modern Lovers, none of those bands could effectively embody the blend of chaos, pop, sex appeal and revolt that Vinyl’s story arc requires. Vinyl’s producers needed the Sex Pistols, and they needed ‘em about two or three years earlier than they actually existed; so they invented them.

Even if some aspects of the Bitz’s sound are taken from recordings of a little-known post-Dolls/pre-punk NYC act called Jack Ruby, Ruby were a) more of a bizarre Pretty Things/Suicide hybrid who sound like Sonic Youth imitating Das Damen imitating Fear imitating Pere Ubu than the sluicing, tight-pretending-to-be-loose Warped Tour-ready Nasty Bitz, and b) like many great artists, the almost definitive obscurity of Jack Ruby means that it’s very, very damn hard to think of them as the forerunners to anything (sorry, it’s true; if the Sex Pistols fall in the forest, no one hears ‘em; just ask the Hollywood Brats, who were making near-perfect punk rock three years before the Pistols, just no one knew about it).

Let’s get away from all that geeky band name-dropping and back to our story:

The big problem with the Nasty Bitz is that in 1972/73 nothing sounded remotely like them. In fact, the band doesn’t even sound like the ’76/’77 punk rock they are presumably aping/anticipating; rather, the Bitz’s music is far more akin to the Jimmy Kimmel-friendly sound of 1990s post-Offspring/post-Green Day Sirius-tatsic punk bands. Charitably, the only first-generation punk bands the Nasty Bitz resemble even slightly are Eater and/or the Dickies. When we hear the Nasty Bitz, we are hearing the result of someone not making the musical distinction between ’76 punk and the ’90s, while at the same time moving the calendar up on the whole damn movement by 36 months or so.

Which is all to say that the old-guy punk rock snob in me hates the Nasty Bitz. But to tell you the truth, it’s perfectly goddamn fine; the Nasty Bitz’s wildly anachronistic music and their almost comically inaccurate haircuts don’t freaking matter. The band is a dramatic device, serving both to move the plot along and personify that an era is changing, and they serve that role well.

And it could have been a lot worse. They could have brought in Sting, Duncan Sheik, or Danny Elfman to write the songs. 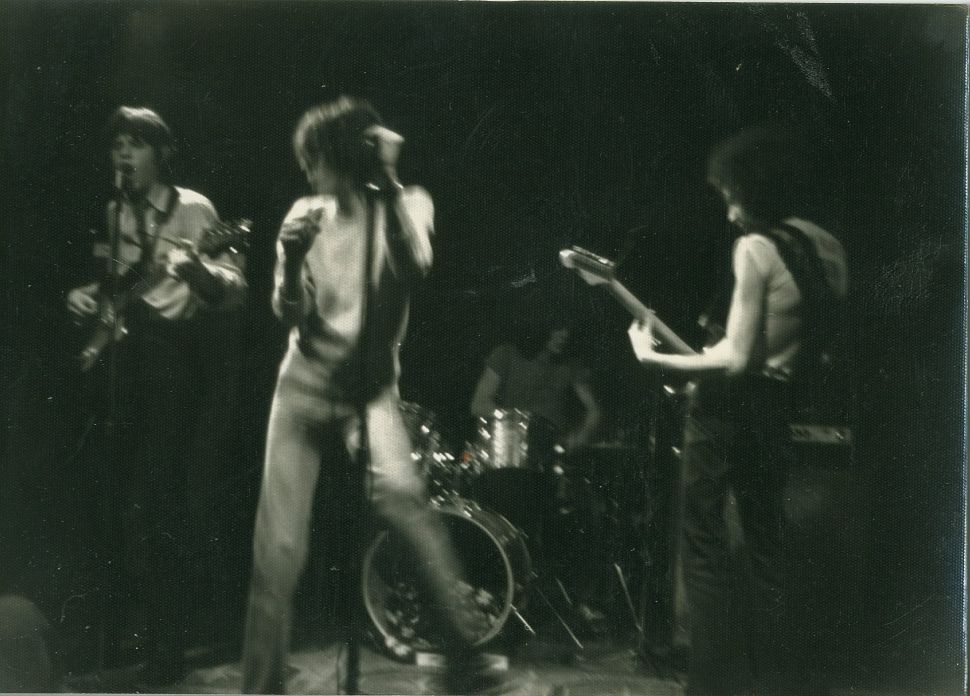