I’m getting more and more drawn into the drooling, desperate, aching, ambitious night-world that is Vinyl, this tense but expansive drama about a man battling his demons while he seeks to change the world; and every week I become more and more a fan of Bobby Cannavale, who delivers an increasingly impressive tour-de-force performance, simultaneously rife with the cold sweat of a claustrophobic and the flop sweat of a narcissist.

Yet the more Vinyl engages me, the more offensive I find it’s most glaring flaw and anachronism. To put it another way, you stick a decal of McDonald’s Grimace onto a Thomas Kinkade painting, it’s goddamn funny; but if you stick the very same Grimace onto Egon Schiele’s Self Portrait with Physalis, it becomes deeply offensive. Actually, it’s still funny, but, yeah, deeply offensive.

The phoniness and improbability of the Nasty Bitz sits in the center of this engaging, attractive drama like a pig’s head sitting in the middle of a Vegan buffet.

Which is all to say that Kip Stevens and the Nasty Bits are really freaking working my nerve. Something so flawed in concept and execution does not belong on a show of such high quality. Remember that grotesque, offensive scene in Back to The Future where Michael J. Fox grabs a guitar, plays a Chuck Berry song, and “invents” rock ‘n roll?

“Chuck, Chuck! It’s Marvin! Your cousin, Marvin Berry! You know that new sound you were looking for? Well listen to THIS!” That is how unlikely, inaccurate, and (for anyone who cares one whit about a somewhat truthful rendering of the history of punk and/or New York rock) deeply offensive the freaking Nasty Bitz are.

Circa ’73, a pile of Manhattan bands were preparing to rewrite the story of rock, and musically rebelling against the indulgent, pompous and bloodless sounds of the time: Television and Talking Heads were on the verge of creating a stick-figure version of artistic bubblegum and Ornette Coleman/Jerry Garcia ethereal noodling; the Stilletos were lighting the shit-bags of the Bowery on fire and doing to girl groups what the Dolls had done to the Stones; the Planets were re-wiring and re-centering the Who; the Fast were throwing a toaster into pop’s bathtub; Suicide were creating something so minimal, powerful, shocking and inventive that it’s still ahead of it’s time; and the Ramones were on the verge of making history by reducing all of pop and rock into a solo-less rush of Stooge-ish rhythm on top of Herman’s Hermit’s melodies.

With all that going on, why did someone find it necessary to insert into Vinyl a ’90s-style post-311 KROQ punk band to serve as a stand in for the Sex Pistols? Considering how much of Vinyl’s plot and spirit hangs on the Nasty Bitz, couldn’t they have tried to get it just a little more right? The phoniness and improbability of the Nasty Bitz sits in the center of this engaging, attractive drama like a pig’s head sitting in the middle of a Vegan buffet, and as the show gets better and better, this suppurating pus-hole of a clumsy, avoidable inaccuracy becomes less and less forgivable.

Second of all, anyone can tell you that it takes a village to make the Sex Pistols (or any scene-changing musical act). For instance, in the U.K. you had half a dozen and more bands who catalyzed the Pistols, and created both the cultural and musical environment that allowed them to stand out. For instance, by the time the Pistols played their first gig, acts like Dr. Feelgood, Kilburn and the High Roads, Hawkwind, The Sensational Alex Harvey Band and the Hammersmith Gorillas (amongst many others) had already paved the way. Yet we are supposed to believe that the Nasty Bitz sit alone on some ice flow, tending their Hot Topic haircuts and generating the revolution with their absurd Rancid-isms all by themselves.

The more Vinyl engages me, the more offensive I find it’s most glaring flaw and anachronism.

There were a few other gently amusing musical tics in Episode 5, but as Vinyl becomes less and less a recitation of musical references and reproductions to be dissected and criticized, I can overlook most of the flaws—heck, I can ever smile at them. For instance, as a front man, Lou Reed was not the mincing, choreographed cross between Frank N. Furter and Axl Rose the show portrayed him as, but it was goddamn nice to hear the music.

Slightly more amusing is the show’s penchant for left-handed guitarists (thanks to New Jersey punk rock legend Keith Hartel for pointing this out to me).

This isn’t just Vinyl’s problem; lefty guitar players are far more prevalent in the world of film and television than they are in reality because if there are two guitarists in a scene and you stick a left handed guitarist in there, it’s a heck of a lot easier to frame the shot. When you have a scene featuring a standard all right-handed band, generally one of the guitar headstocks is left hanging outside of the frame; but if you’ve got a left handed and a right handed player, they can neatly have their headstocks pointing at each other, not only enabling a compact shot but also creating a nice visual “X.” Secondly, since so much of the visual iconography of rock and roll is based on the template set by the Beatles, we find familiarity and comfort in the left handed/right handed stage silhouette, regardless of how unlikely it is. Keith has also pointed out that it’s a lot harder for a non-left handed person to fake playing left-handed guitar, and that’s been another (small) sticking point in Vinyl.

But back to the Nasty Bitz. Why is this so freaking important? Why does it make me madder than Sacheen Littlefeather watching F Troop?

It’s because Vinyl is a very, very good show, and it deserves better. In “real life,” bands (like the group the Nasty Bitz are supposed to personify) gave hope to the hopeless, were a friend to the friendless and made us discover a fire in ourselves that all the bullies and trifling bullshit of adolescence had tried so hard to put out; rock ’n roll, and the simple and loud saints who continually redefined it, saved us again and again. It’s far too important a part to get so wrong.

***
What ‘Vinyl’ Got Wrong This Week: The New Testament of Rock ‘n Roll 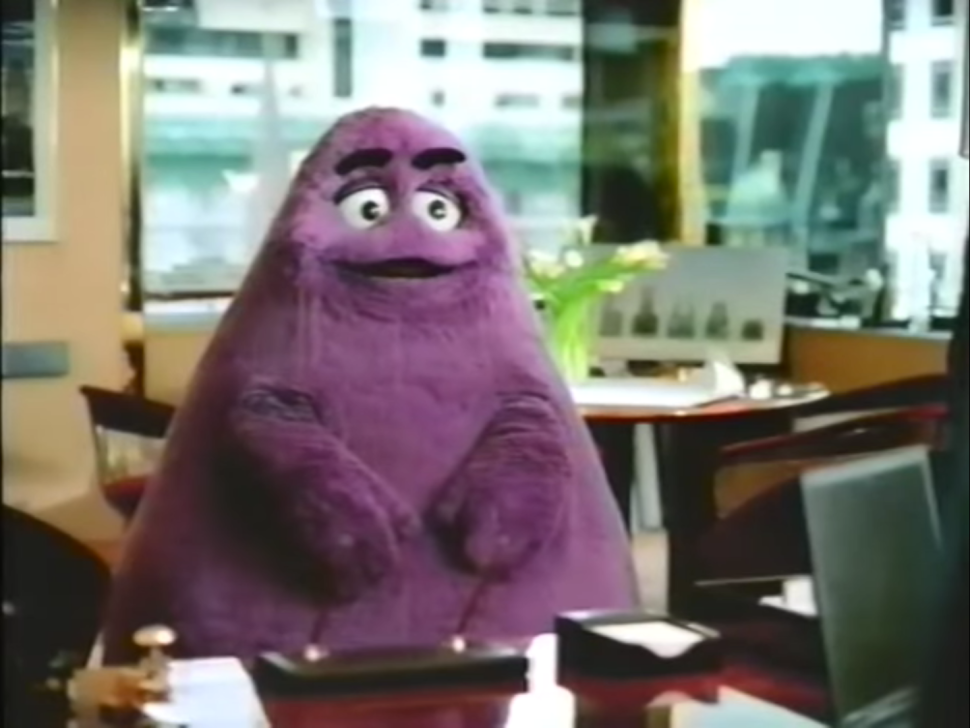