On Sunday evening, millions of Americans saw an unbelievable but stirring story of one man’s persecution and redemption, set against the backdrop of a crumbling American city and accompanied by a soundtrack of well-known pop songs. This ambitious television show featured elements that were fantastic, unlikely and inspiring, and made us revisit our thoughts about some of civilization’s most fundamental icons.

Actually, two of these stories aired this past Sunday. In one of them, Jesus was crucified and resurrected, high over the streets of New Orleans, to the improbable accompaniment of thin (if rousing) contemporary hits; in another far, far less realistic story, some clown with a working-class North London accent chose a guitar player solely on the basis of seeing this fellow steal a guitar.

Listen, I know very little about the New Testament and a lot about rock ’n roll; without hesitation, I’ll tell you that I totally find it more believable that Jesus can find some gold in the mouth of a fish (Matthew 17:24-27) then I believe that anyone, even the most superficial and transparently faux Johnny Rotten, would put a terrible guitarist in his band just because he was impressed that the guy stole a guitar. Of all the unlikely bullshit Vinyl has thrown our way, this might top the list.

There are so very many things wrong with this story (the guitar stealing thing, not the fish).

First of all, only the biggest dickhead in the world would be impressed that someone ran off with a guitar from a shop that is (fairly) clearly a mom-‘n-pop-type place (I assumed that the guitar shop in the episode was based, at least in design, on Matt Umanov on Bleecker Street). Perhaps this kind of odious move might impress Blackie Fucking Lawless; but a guy like Kip, who is meant to personify the credible heart and future of rock ’n roll, would almost surely be offended.

Musicians, even crappy ones, generally recognize the near-sacred value of a good instrument; it would be one thing to steal some shoddy $59 “Best Choice” electric guitar from Walmart, but I literally don’t know one single musician—even the douchebags—who would see someone steal a really good guitar from a mom-’n-pop store and go, “Yeah, that’s the guy I want in my band!” If nothing else, what does it say about the way this guy might behave in the future? It is far, far more likely that a real-life Kip would go, “Uh…no. Until this moment I was, for some bizarre reason, impressed by your meandering, pedestrian, juvenile lead playing, but now that I’ve seen you steal a guitar, not only are you off my list, I’m going to call the freaking cops.”

Secondly, I am guessing that this ludicrous guitar-theft-leading-to-band-bonding story is inspired, in only the most vague and misunderstood sense, from tales of Steve Jones and Paul Cook stealing equipment in the very early days of the Sex Pistols. First of all, unless I’m mistaken, Jones and Cook didn’t steal any guitars; the Pistolettes apparently broke into a venue where Bowie was playing, and stole some microphones and monitors to outfit their rehearsal space. Stealing a few mics and some cables from one of the world’s biggest rock stars is a long, long way from stealing a guitar from a mom ’n pop shop.

Finally, and this may be the biggest fart in the elevator of the Kip Finds A Guitarist story—the guy Kip anoints plays like shit. I mean, really, like garbage; he sounds like a 10-year-old who was raised on Eric Clapton’s Unplugged album and started playing guitar eight weeks ago.

It’s moments like these that make me think that the people behind Vinyl aren’t even trying.

Of all the nonsensical and distasteful aspects of the Kip Finds A Guitarist story, this is actually the part I find most improbable: in a city full of guitarists inspired by the same musicians who seemingly inspire Kip (you could probably spit out your window in 1973 and find some kid who wanted to be Johnny Thunders, Mick Ronson, Pete Townshend, James Williamson, Ron Asheton, Lou Reed, Mick Ralphs, or Tony Iommi), Kip picks a guy whose playing clearly illustrates he neither likes nor understands ANY of those players.

It’s moments like these that make me think that the people behind Vinyl aren’t even trying. Are you trying to tell me there wasn’t one single person on the set (or in the edit room) who meekly raised their hand and said, “Yeah, I know Kip and the Nasty Bitz are illogical, unrealistic and anachronistic, but if we just pretend, like, for five minutes, that Kip is a real guy and kinda sorta like the person we pretend he is, do you realize he would never, not literally in a million years, pick a guy who sounded like that?”

Oh, and just to wrap up: No complaints at all with Noah Bean’s portrayal of Bowie, and the show actually gets some extra points for casting guys who really looked like Mick Ronson, Trevor Bolder, and Mick Woodmansey. Credit where credit is due. 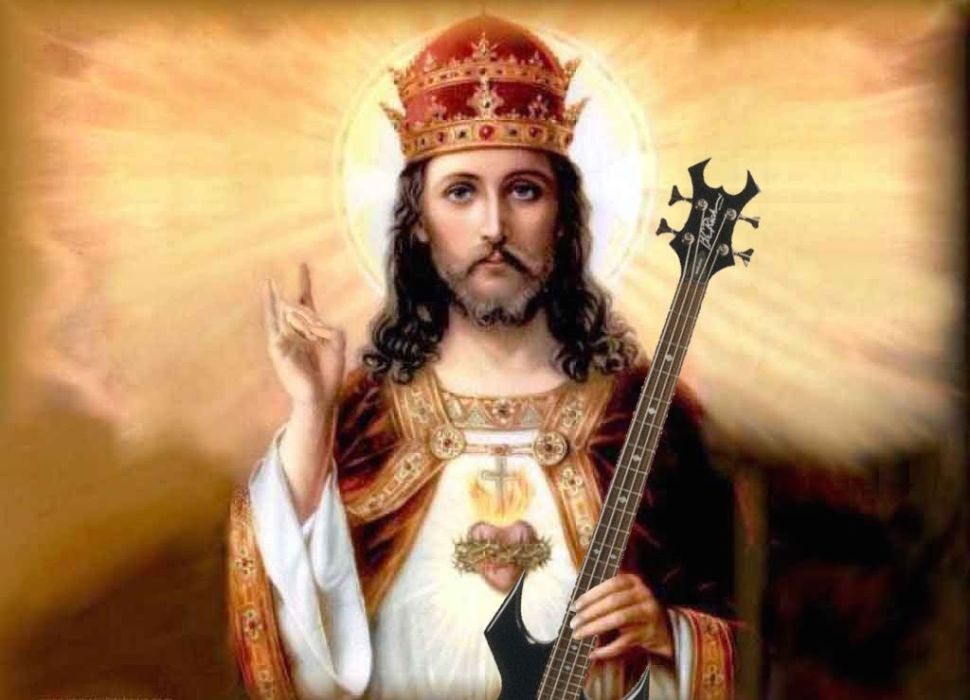