Hillary Clinton’s big wins in Ohio, Illinois, Florida and North Carolina on Tuesday all but sewed up the Democratic nomination for the longtime frontrunner. Ms. Clinton will now shift for a general election campaign that promises to be intense, entertaining, nasty and passionate on both sides, particularly if Donald Trump wins his party’s nomination. While it is clear where Ms. Clinton needs to focus, the question of what Bernie Sanders should do now is more vexing.

The one set of demands that Mr. Sanders can usefully make is to ask Ms. Clinton to bring his people into positions of influence within the campaign.

There are many, including the Clinton campaign, who argue that with the primary essentially over, Mr. Sanders should simply drop out of the race. Although, Mr. Sanders has almost no chance of winning, that does not necessarily mean that he should leave the race; and it is certainly not wise for the Clinton campaign to try to push him out. That will only anger Sanders’s supporters and strengthen the Vermont Senator’s desire to stay in the race as well as the belief among his supporters that the process has been rigged against him. Moreover, Mr. Sanders has reasons to stay in the race even if he cannot win. His candidacy gives him a platform to discuss the issues he cares about; he has ample resources; and he may have made commitments to supporters in states that still have not voted that he feels he needs to honor.

Supporters of Sanders may continue to claim that their candidate still has a chance, but those arguments are increasingly hard to believe. Despite the race being only roughly half way over, with about 52 percent of the regular delegates still to be pledged, it would be extremely difficult for the delegate math to add up for Mr. Sanders. Thus far, Ms. Clinton has won 58 percent of the pledged delegates, and Mr. Sanders only 42 percent. Significantly, this does not include superdelegates. For Ms. Clinton to get the needed 2,382 delegates without needing a single superdelegate, she would need to win 60 percent of the 2,119 delegates that have still not been pledged. That would require her to improve only very slightly on her performance to date. However, to get a majority of the pledged delegates, and thus make it easy for the super delegates to support her without being accused of rigging the system, she needs to win 43 percent of the remaining unpledged regular delegates. That should be very easy for Ms. Clinton. However, for Mr. Sanders, the task of winning a majority of pledged delegates, which would allow him to make an argument against superdelegates giving the nomination to Ms. Clinton, requires winning 57 percent of the remaining delegates and far outperforming what he has done so far.

Sanders supporters can take some solace from the fact that the four largest states remaining are all northern and industrial and thus should favor Mr. Sanders. Fully 1,034 delegates will be chosen from California, New York, Pennsylvania and New Jersey. Big wins for Mr. Sanders in those states could substantially change the election. The problem for Mr. Sanders is that New York, Pennsylvania and New Jersey all have closed primaries in which only Democrats can vote. Even in northern industrial states, Mr. Sanders has not been competitive among Democrats. In Michigan, Mr. Sanders biggest win to date, he lost Democratic voters to Ms. Clinton by 58-40, relying on independents for his margin of victory. In Illinois and Ohio, Ms. Clinton won primaries by roughly two and eight points respectively, but carried Democrats in those states by margins of 15 and 31 points. Those numbers will not be reversed in the three large northeastern states that still have not voted.

Mr. Sanders, who has stuck to the same progressive principles for more than half a century, including more than three decades in public service, but who will likely not be the Democratic nominee this year, is now facing a choice. He can be remembered as the guy who helped elect Donald Trump, or he can support yet another centrist and establishment Democrat. This should be an easy choice, but to get from here to supporting Ms. Clinton, he will need something from her.

Ordinarily, somebody in Mr. Sanders situation would, after losing the primary campaign, want to line himself up to be the Democratic nominee in four or eight years. However, because Mr. Sanders is 74 years old, he will not be a candidate again. This also makes the vice-presidency, on the off-chance that it would be offered to him, considerably less valuable. Shifting from the Senate to the vice-presidency only makes sense for people who are either looking to run for President in the future or who have a strong bond with the presidential candidate. Neither applies to Mr. Sanders.

Mr. Sanders presence in the race has already pushed Ms. Clinton leftward on economic issues, but turning Ms. Clinton’s campaign rhetoric into progressive economic policy is not something that can be guaranteed through, for example, the influence Sanders delegates may have on the Democratic Party platform. An unfortunate reality confronting Mr. Sanders now is that no recent president has ever really cared about what was written in their party’s official platform, or what their primary opponent said, once they are in office.

The one set of demands that Mr. Sanders can usefully make is to ask Ms. Clinton to bring his people into positions of influence within the campaign, the Democratic Party, and if she wins, a Clinton administration. This would ensure that the progressive voices that Mr. Sanders has mobilized and amplified in recent months continue to have influence in the Democratic Party. For Mr. Sanders, even something as simple as this may be difficult because he has no meaningful ties to the Democratic Party that precede this election, and has evinced little interest in building the Democratic Party as a progressive force in American politics. Moreover, his political revolution, has been a slogan that has not yet been fleshed out to include candidates, future leaders and others that might benefit from this kind of agreement. Those people exist among Sanders supporters, but have not been identified or developed by the candidate.

Ms. Clinton would clearly benefit from the support of Mr. Sanders, even if it is not entirely enthusiastic, but the negotiations will be tough and will highlight the differences between Mr. Sanders uncompromising nature and contempt for ordinary political processes and Ms. Clinton who is a consummate political insider and compromiser. More importantly, even if Mr. Sanders was a deal maker, it would not be clear what he would want. Typically, losing candidates have less leverage than they think. That may turn out to be true for Mr. Sanders in a few months, but a bigger problem might be that there is very little for which he can ask. 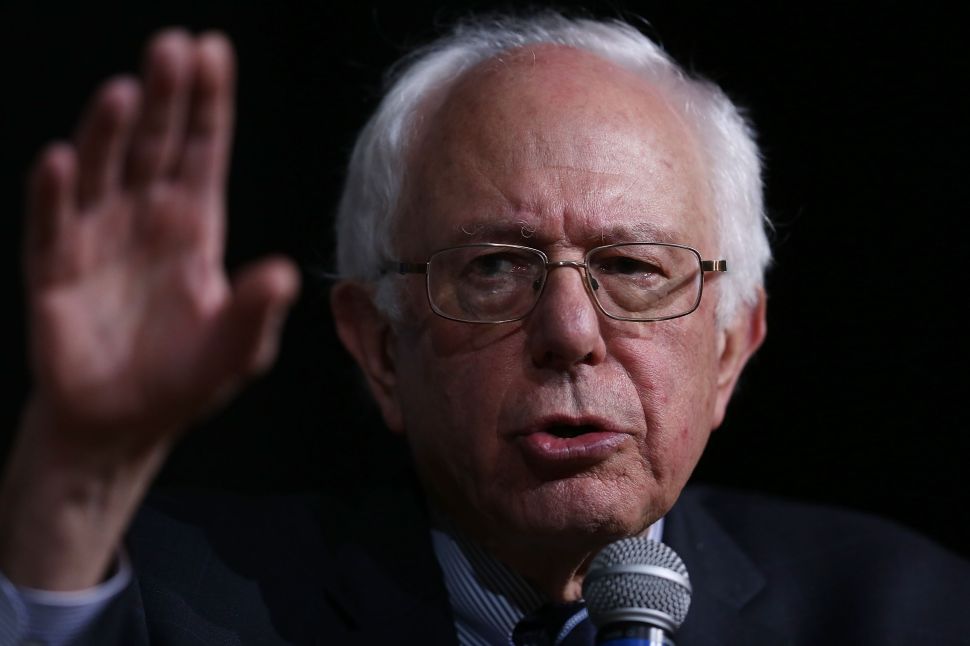