After the last mass shooting, in San Bernardino, California, many members of the Left began “prayer-shaming” anyone who offered “thoughts and prayers” to the victims of the attack.

The Left, as they always do, immediately jump on every mass shooting in order to demand Republicans in Congress pass “common sense” gun control measures, even though none of their proposals would have stopped a single mass shooting. Even when the San Bernardino shooting was proved to be the work of homegrown terrorists, the Left blamed guns.

And they needle the Right for that. Republicans point out that Democrats’ gun control measures wouldn’t stop a single mass shooting, but would result in removing Constitutional rights from law-abiding citizens (including Muslims!), and they’re painted as uncaring or unserious. Whenever there’s a mass shooting, Democrats demand we “do something” right away.

Meanwhile, Republicans offer “thoughts and prayers” to the families because there isn’t anything more that can be done. Bad people are going to do bad things. Even if guns were outlawed in America (good luck confiscating more than 300 million guns, government), bad people will find a way to get them. Murder is already outlawed—if someone wants to commit murder, the illegality of guns isn’t going to stop them.

But when there’s a terrorist attack—especially when the Islamic State takes credit—the roles regarding “thoughts and prayers” are seemingly reversed. Republicans still offer them, but many also demand President Obama get more serious in fighting the Islamic State. In the wake of the Brussels terrorist attack Tuesday morning, Republican presidential candidate Ted Cruz suggested an increased police presence in “any area where there is a higher incidence of radical Islamic terrorism,” meaning certain Muslim neighborhoods.

Democratic presidential candidate Hillary Clinton is the best recent example of this flipped script. After the San Bernardino massacre, she tweeted: “I refuse to accept this as normal. We must take action to stop gun violence now.”

But after the Brussels terrorist attack, Ms. Clinton’s tweet on the matter read: “My thoughts and prayers are with the families of those killed and wounded, and all the people of Belgium.” At no time did she tweet anything as definitive and demanding as she did after San Bernardino.

Yet there was no broader discussion of “thoughts and prayers” after the Brussels attack.

Certainly, one could argue that the location of the attacks matters. But after San Bernardino, even though it was an act of terrorism, the focus remained on guns and not about stopping the ideology—radical Islam—that inspired the attacks.

Just as the Right can be accused of having no appetite for stopping gun violence, the Left can and should be accused of having no appetite for stopping the Islamic State. President Obama bragged about “ending” two wars, even though he did so as the Islamic State gained power (and we still have troops in Iraq and Afghanistan). The Left, in general, balks at the idea of starting another war, even when Europe is suffering continued terrorist attacks and Americans at home are becoming radicalized.

The sad reality for both sides is that there aren’t any solutions to the problems that don’t require insanity. For gun control, that would require confiscating all the guns in the country (an impossible task) and figuring out a way to ensure that no one could ever smuggle on in or make their own. For the Islamic State, eradication would require a massive World War, which would cause the deaths of thousands upon thousands of soldiers and innocent people.

Can we all just agree that offering “thoughts and prayers” is not the worst response to a tragedy? It also be nice to acknowledge, although this seems more difficult, that “doing something” would cause far, far more problems than it would solve? That’s not to say we should never do anything, but solutions need to be realistic and not knee-jerk reactions to recent events.

I realize this request is futile. 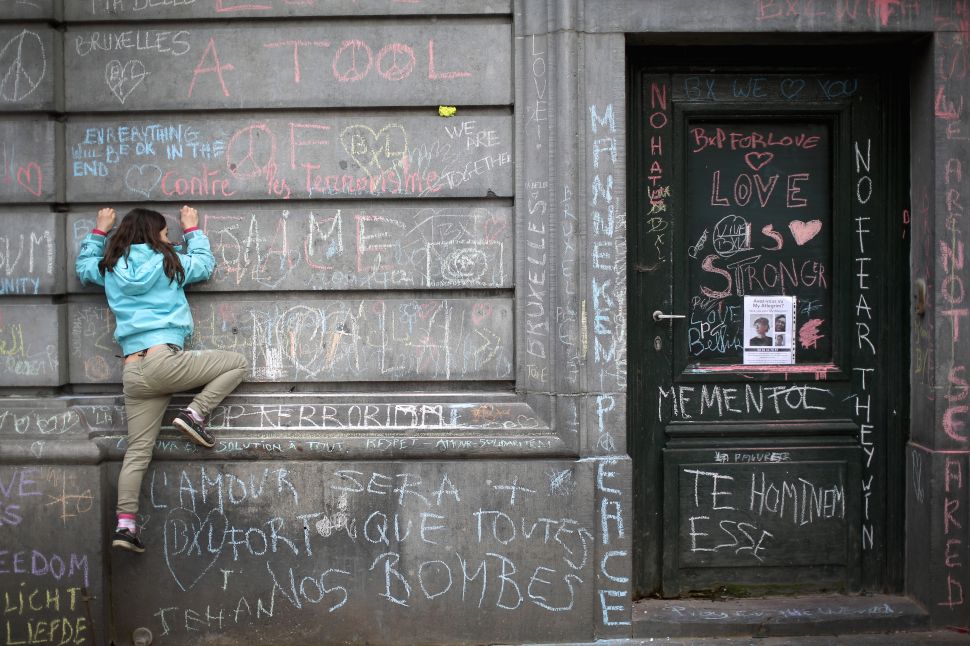