When ISIS-brainwashed terrorists entered Le Bataclan concert hall in Paris last summer, senselessly murdering hundreds of music fans simply because they wanted to go out and dance, it’s safe to say that all of our priorities changed. For this reporter, gripes with the live music industry suddenly became less important, petty even. A long-form piece about the big brother presence tracking your every move at concert festivals didn’t matter to me anymore, as there were more big-picture reasons why those of us who spend so much time listening to and opining about the sounds that move us needed to keep on doing what we’re doing.

Our collective trauma had nothing on what those who lived through the terrorist massacre experienced, of course. Just last week, Eagles of Death Metal front man Jesse Hughes recounted a paranoid conspiracy theory he couldn’t get out of his head to Fox Business News, implying that the several security guards who didn’t show up for work that fateful night had some advance knowledge of the tragedy that would transpire.

Troubling though his words were, it’s tough to hold them against him in the wake of his witnessing such a life-shattering moment. That he told this to Fox is curious too, as they’re a network which has built the majority of its programming—the narratives in its news broadcasts and the arcs of its original TV shows—around nurturing paranoid, conspiratory thought. I wrote about the trend earlier this year, as a matter of fact, in the context of The X-Files‘ return to the network.

Mr. Hughes later acknowledged that he’s still struggling to deal with the tragic events at Le Bataclan in November, and that he’s really fucked up over it. But certain media, like FOX, seem content to traffic in the business of exploiting such traumas.

Viewing the week in music through a wider lens, some other conspiracies unfolded, too, from exploitive business practices to a the apprehension of a suspect involved in a hip-hop murder. These other incidents make up the latest constantly recurring dialogues within the music industry, fanning the flames of distrust between artists and businesses. What’s more, they offer us examples of times when it is appropriate to start forming our own narrative with regard to a potential conspiracy, along with why we have to be careful in making sure that narrative doesn’t run amok.

First off, let’s talk about rapper Vince Staples’ badass comments at SXSW. Positioned as second-night headliner at the branded-to-death Spotify House, Mr. Staples used the opportunity to throw some well-deserved shade at the streaming music giant. “Shoutout to Spotify,” Pitchfork reports him saying. “Thank you for giving me this check to make up for what you’ve done to me and all my musical friends.” They added that he later quipped, “Listen to your favorite album 1,000, 2,000 times so everybody can get an album sale.”

Mr. Staples’ words are the latest voice in a chorus of performers speaking out about what they consider to be an exploitive business model. And at a pop-up venue like The Spotify House, built entirely to propagate the company’s branded image that they actually care about new artists, his words were a punk-rock protest, an act of artistic subversion. They’re also a reminder that when it comes to the music business, there really are some true conspiracies out there.

Spotify knows how much money they make off each emerging artist, relative to how much that artist benefits from the platform. Its entire corporate structure is profitably organized around what by and large amounts to exploitation in exchange for exposure, and it’s something that was unquestionably arrived at through countless boardroom meetings, business strategies and brainstorming sessions. On the business end of things, that’s not far off from a conspiracy against artists at all.

Stay with me a minute, because this is important. When we see business practices like this, organized and put in place without transparency and open dialogue, paranoia and distrust set in. The precedent for clear communication between the platform and the artist is destroyed, and as such, the business practices become conspiratory by the very nature of their shadiness. And I’d like to suggest that a similar situation plays out elsewhere in the music industry, not through shady business practices so much as notable, celebrity-affiliated murders. The difference is, when artists run amok with perpetuating the glamour and street-cred of all these killings, that paranoia undermines the entities they should be paranoid about.

Codeine-loving rapper Future’s bodyguard was murdered in January, and this week, a suspect was apprehended according to The New York Post (another conservative publication trafficking in the exploitation of paranoid gossip). “Rest in Paradise Big Mike 🙏, Lafamilia forever lil bro #FBG” tweeted Future, implying some sort of organized allegiance between he and his late-bodyguard and establishing himself with some legitimate street-cred by referencing his dear friend’s murder.

This trope in hip-hop, to transparently address the all-too-common instances of affiliates and entourage members being gunned down, is multi-faceted. On the most basic level, it’s a reality of the communities and social circles many artists simply come up in, associations that don’t go away or fall off even when they achieve a certain level of fame. But there’s a degree of personal responsibility that rappers aren’t taking when they glorify or treat the circumstances that led to a hit or a murder going down as unavoidable business-as-usual, and that’s the exploited, marketed expectation that such tragedies are simply something that happens. That it’s unavoidable, or an integral part of the culture, is a deceptive reality.

I’m not saying this is exclusive to rappers, either…does anyone still remember when AC/DC drummer Phil Rudd was charged with hiring a hit-man in 2014?

Maybe these are the larger consequences of working in a business where so much money changes hands, where success is so fleeting, and where allegiances change from day to day. Whatever the case may be, there are fan factions of the music community that will always hear of bodyguard murders and contracted hits, of drive-bys and nightclub shootings, and allow their conspiratory minds to run amok.

Artists have enough to be paranoid about on their own in the music business. Being mindful of when their conspiracies are real and when they’re just theories requires a level of personal responsibility we don’t necessarily expect from them. But nonetheless, the onus is on these artists to save that conspiratory talk for when the business assholes truly are trying to fuck them over, for when the tragedies really are organized and planned. Otherwise, we’re just exploiting them, creating more unfounded paranoia and trauma in the process. 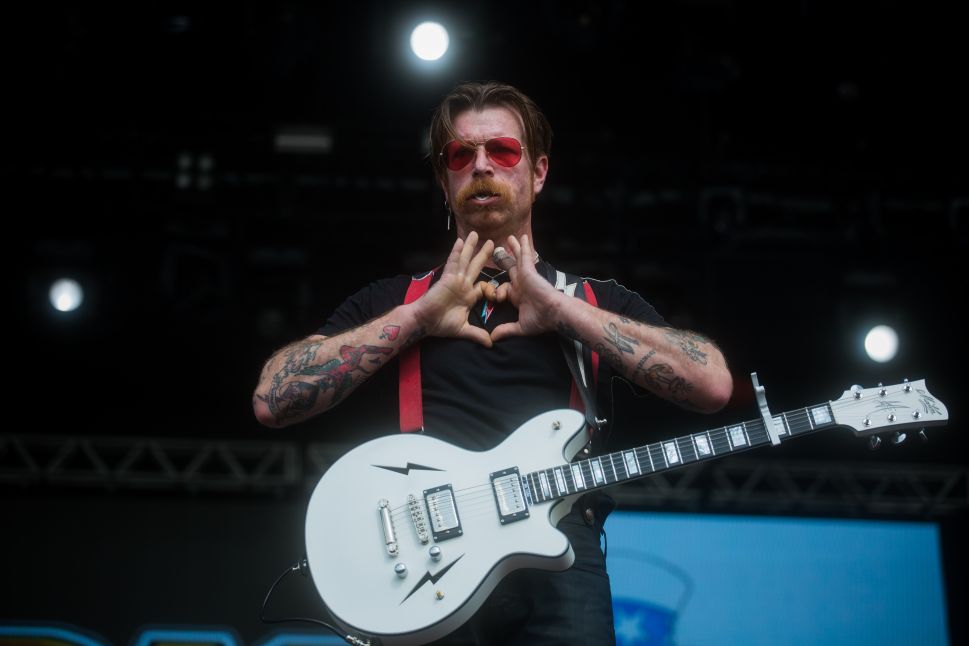