Chicago Mayor Rahm Emanuel’s approval ratings may be the worst of any Democrat in the country, rivaled only by the calls for Congresswoman Debbie Wasserman Schultz to resign.

Following the release of video footage showing a Chicago Police officer murdering 17-year-old Laquan MacDonald, evidence suggesting ties between Mr. Emanuel’s administration and a cover up began surfacing. The manager of a Burger King near the shooting claimed Chicago Police confiscated surveillance footage and erased it. Mr. Emanuel’s office also knew about dash-cam footage of the shooting as early as December 2014, but Mr. Emanuel concealed the film until after his primary election. E-mails obtained by The Daily Beast reveal Mr. Emanuel met with lawyers before his election to discuss the video footage, which was only made public after an independent journalist sued to have it released while Mr. Emanuel’s lawyers fought to keep it hidden.

In January, a U.S. District Judge ruled City Attorney Jordan Marsh—also a veteran of Mr. Emanuel’s administration—intentionally hid evidence of a separate police shooting. Mr. Marsh resigned soon after the verdict, but Mr. Emanuel continues to insist the Chicago Law Department didn’t cover anything up, and is not part of the cover-up culture of the Chicago Police Department (which is now under investigation by the Department of Justice).

In 2015, an investigation by The Guardian revealed the Chicago Police Department was running a secret interrogation and detention facility. In Homan Square, as the facility was called, Chicago police operated without any regard to basic constitutional rights. Those brought to Homan Square were rarely booked, rarely granted access to an attorney and often subjected to violent beatings by police officers. “The reality is, no one knows where that person is at Homan Square,” Craig Futterman, a professor at the University of Chicago Law School who studies policing, told The Guardian in an interview. “They’re disappeared at that point.”

Aside from the abhorrent corruption and abuses Mr. Emanuel oversaw as mayor, a historic property tax hike raising overall tax bills 13 percent by 2019 was written into Mr. Emanuel’s budget and passed by City Council in October 2015.

The Chicago Teacher’s Union has called for Mr. Emanuel’s resignation over his alleged cover up of the LaQuan McDonald shooting and looming anticipation of new contract negotiations which could result in teacher strikes. The CTU has already announced it will picket and protest on April 1 amid budget concerns as Mr. Emanuel’s administration has led school closings and teacher firings.

“Hillary Clinton proudly lists Mayor Rahm Emanuel as one of her leading mayoral endorsers,” Mr. Sanders told reporters during a news conference while campaigning in Chicago. “Well, let me be clear as I can be: Based on his disastrous record as mayor of the city of Chicago, I do not want Mayor Emanuel’s endorsement if I win the Democratic nomination.”

Mr. Emanuel’s ties to the Clinton family go as far back as Bill Clinton’s first presidential campaign, when he served as his finance director. He went on to serve as political director and senior adviser to Bill Clinton until leaving the White House in 1998. Hillary Clinton has defended Mr. Emanuel among the growing calls for his resignation. “He loves Chicago and I’m confident that he’s going to do everything he can to get to the bottom of these issues and take whatever measures are necessary to remedy them,” she told reporters in Iowa this past December. As Mr. Clinton’s former finance director, Mr. Emanuel held fundraisers for Ms. Clinton as early as 2014.

Along with Henry Kissinger, Rahm Emanuel is on a growing list of supporters Ms. Clinton proudly touts, but these people should serve as red flags to voters. Ms. Clinton’s presidency would embrace the likes of white-collar criminals, rather than holding them accountable for the corruption and lack of responsibility they exhibit in public office. Sounds familiar. 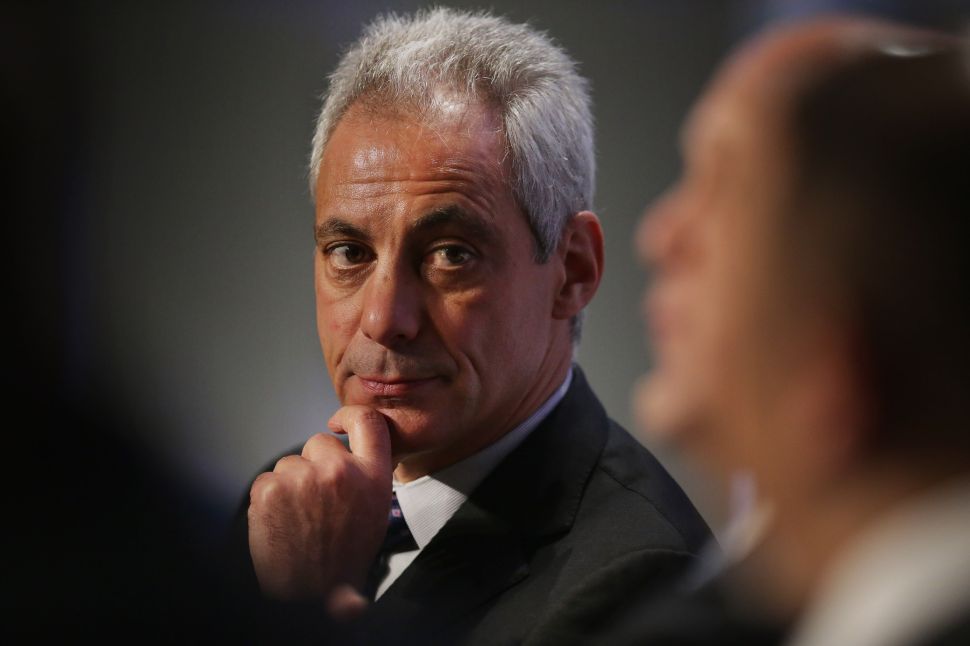