Spas around the country are bringing a wide-range of new alternative therapies into the fold—including Ayurvedic rituals and the curative powers of salty air. No longer relegated to lengthy trips to the coast or out of the country, these age-old practices are being used to supplement existing muscle-releasing treatments (you’re safe for now, deep tissue) and breathe new life into their current repertoire.

At the Acqualina Spa by ESPA at the five diamond Acqualina Resort in Sunny Isles, Florida, they’ve installed a gently backlit Himalayan Salt Wall in both the men and women’s relaxation room—the first of its kind being offered in a Florida resort. The 84 trace minerals found in the salt are said to improve mood and lower stress levels, while the negative ions found in the bricks detoxify the air. While several studies have found beneficial respiratory effects from inhaling salt air, researchers aren’t 100 percent sure why this is. But one thing’s for certain: sitting in a spa-like environment isn’t exactly going make your stress worse.

And that’s simply a precursor to their indulgent new Ama-releasing abyhanga, a generously appointed two-hour (!) ritual that pulls from the teachings of Ayurveda. The treatment begins with a selection of oils that are presented to the guest in a “sniff test.” Whatever appeals to their senses in the moment is then used throughout the ritual. Beginning with a gentle washing of the feet in a warm bath anointed with the selected oils, the body is then exfoliated with a salt and oil scrub before the therapist begins a deep Ayurvedic marma massage that concludes with Shirodhara—a practice in which oil is poured to the third eye through the scalp.

Looking for a little relief from the casino action? The spa at the Aria in Las Vegas might be a good call. Their Shio salt room, comprised of illuminated walls of Shio salt bricks and massage chair that vibrate in sync with the music, helps guests breathe a little easier (maybe that last call on the craps table wasn’t entirely necessary). And if that doesn’t quite do the trick, their Thai massage might be the muscle-kneading antidote to the casino madness. During the treatment, the therapist presses warm gauze-wrapped packages of herbs and essential oils, or poultices, into the guest’s back releasing mood-boosting aromas from the oils while doing so.

Nestled the middle of hill country and right outside of San Antonio, Tapatio Springs has a built-in salt cave, where golfers take a break from the course to soak in the ambient lighting and over 12 tons of salt packed throughout the room, all while lounging on deck chairs. Guests can opt to take their therapeutic session up a notch with a cupping massage, which is exactly as it sounds—a combination of massage techniques with the age-old ritual of cupping, where glass cups are used to create a vacuum against the skin with the idea of increasing blood flow in order to promote healing.

Which sounds fantastic—though we can’t promise it’ll ace your next par 6. 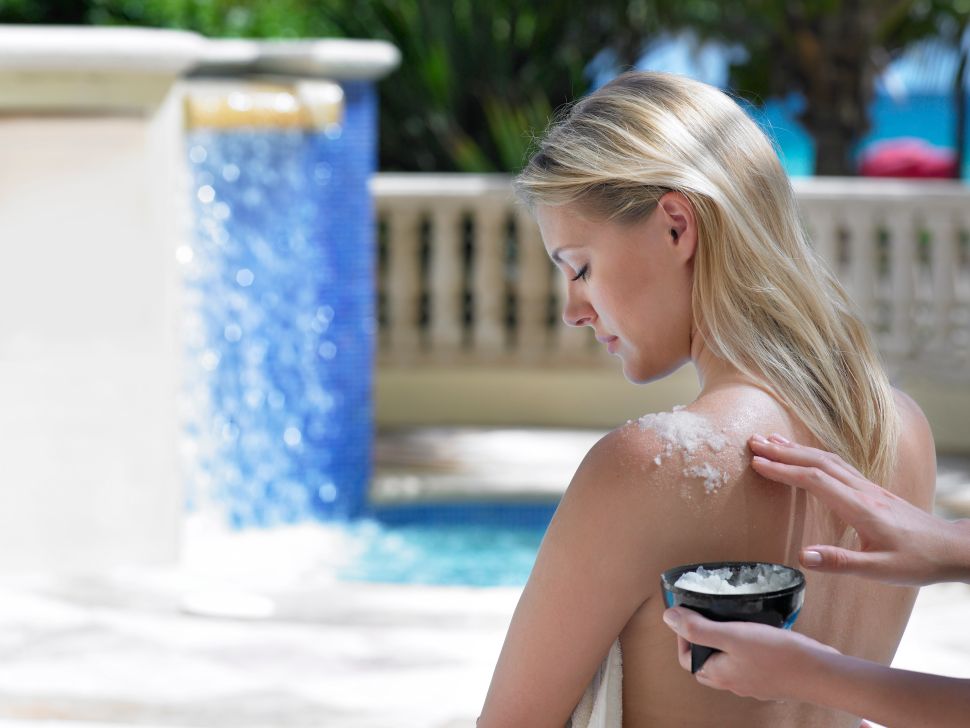