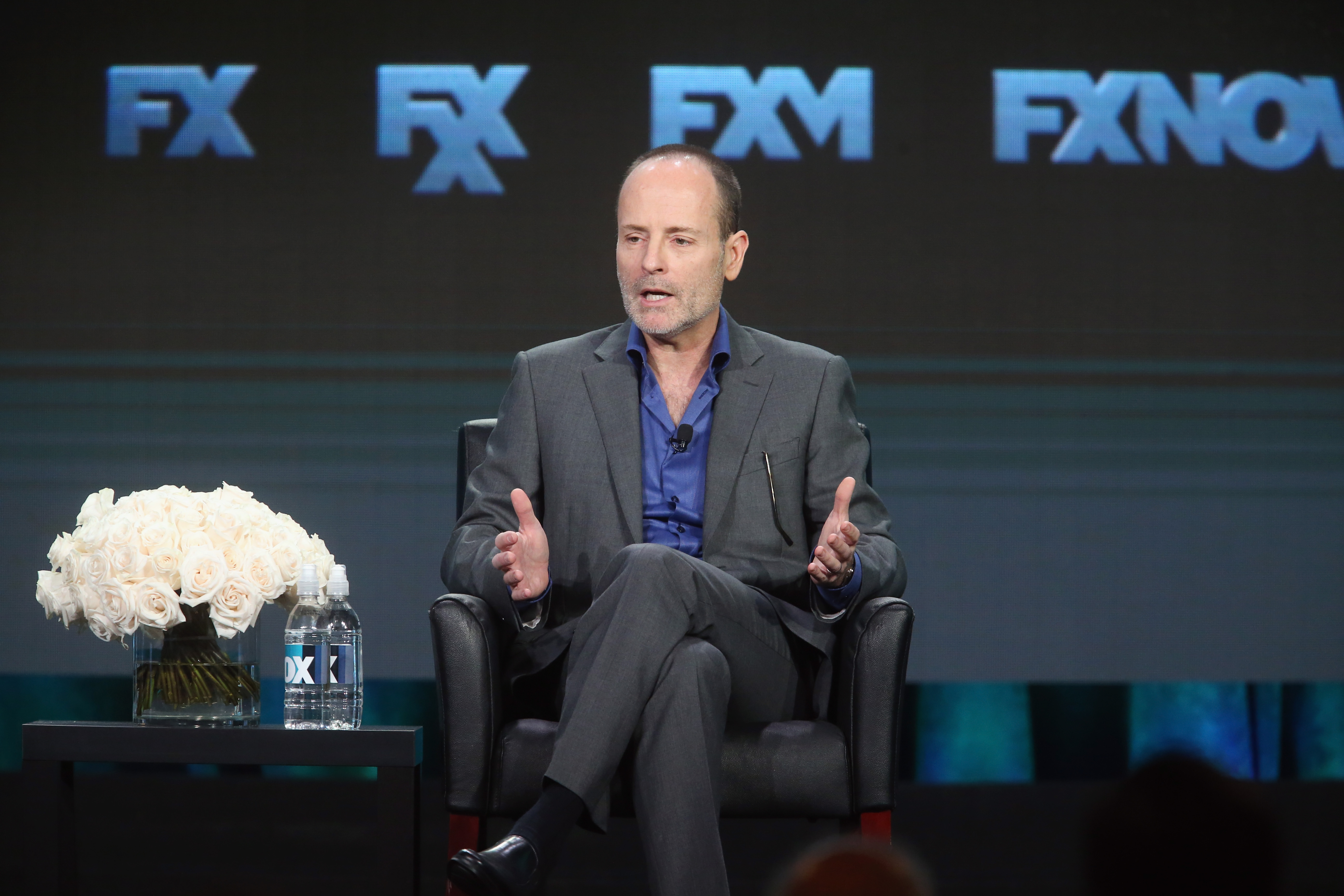 At last summer’s Television Critics Association, John Landgraf, the CEO of FX Networks and the unofficial Mayor of Television, famously complained that “there is simply too much television.”

From the point of view of a network head, he’s right:  there are over 400 scripted shows made per year (409 at the moment, according to FX, and probably more due to ramp ups at Netflix and Amazon Studios). It’s a staggering stat, up 8.7% from 2014 with  more scripted shows canceled last year than were aired in toto in 2000—twice as many, in fact.

For TV networks, the avalanche of new shows is dangerous. Networks still live in a world of time slots, in which every show they air has a limited time to catch fire, earn ratings, and avoid cancellation. That’s much harder when then are more good shows than ever before.

But in way, that’s their problem, not ours.  If these shows were bad, that would be one thing. But since the increase has not just been in the number of  shows but the quality as well, does this really mean there’s too much TV? And what is driving this massive spike in output?

The answer lies in a shift in the nature of TV itself—what I call the move from a disposable medium to a permanent medium.

This shift is best explained by a similar one in the music business some 50 years ago.  As it was in music then, the shift is driven by a change in technology, one that opened up new business models and creative vistas.

In the first age of the recorded popular music business, songs were sold on 78 and 45 singles.  Think of these as the equivalent of a magazine or newspaper: you bought a song that was a hit on the radio, then you listened to it until you got tired of it, and essentially tossed it to the side.  Like magazine and newspapers, music was largely a disposable medium.

This began to change with a new technology: the advent of the 33 ⅓ album, also known as the LP.

The opportunity presented by the LP  (for “long playing” record) was first recognized by Frank Sinatra. He saw that a music album could be what the name implied: a collection of “snapshots” linked by theme, exploring a mood or subject. Whereas singles were disposable, he thought, albums had a chance to stand the test of time.  So Sinatra pioneered the “concept album” in the 1950s, with seminal works including The Voice of Frank Sinatra, Songs for Young Lovers, and In the Wee Small Hours. Sinatra turned the album into the musical equivalent of a novel: something timeless, classic and permanent. His albums exploded, catapulting Sinatra from a washed-up teen idol to the consummate singer of his generation.

The high point of the LP was launched by Sinatra’s unlikely successors, The Beatles. Early Beatles albums were generally random collections of songs; in fact, their US Capitol albums often contained different songs from the original British EMI albums. It really didn’t matter; those albums were grab bags of songs.

That all changed when the Beatles entered their critical transition period, epitomized by Rubber Soul and Revolver. These albums were not a random sequences, but orchestrated collections. Revolver in particular had a beginning, middle and end: the album opened with “Taxman,” George Harrison’s critique of British taxation. And it ended with “Tomorrow Never Knows,”, John Lennon’s exegesis of The Tibetan Book of the Dead. A watermark in the history of popular music, “Tomorrow Never Knows” had to close the album: it was essentially a cliffhanger for everything to come.

The Beatles’ next album, Sgt. Pepper’s Lonely Hearts Club Band, cemented the place of the album as an enduring work of art, on the level of a great novel or painting. Within months of its release, it was almost universally heralded as one of the great works of the twentieth century—an assessment that continues to this day. Its success led to other legendary albums including The Who’s Tommy and Pink Floyd’s The Dark Side of the Moon.

The Disposable Age of Television

The evolution of television is similar.  In the era of the Big Three Networks (CBS, NBC and ABC, from 1948 to the mid 1980s) there were only around 60 scripted shows produced every year.  Back then, viewers had to really search for something worth watching. According to a Rolling Stone Readers’ Poll, the Top 10 shows of the 1980s include Alf, The A-Team, Married with Children and Night Court. How many people these days are binge-watching Alf and Night Court? Not many, hopefully.

In the Broadcast Age, viewers had little alternative to what the Big Three offered up—and most of it was bad. The full range of choices was perhaps the three to seven shows (with PBS and local reruns) airing at the same time. With the exception of going to the movies, network TV was the only game in town, and was defined by a series of iron clad conventions: every episode must be understandable within seconds; characters must never change and confuse the audience; episodes must be viewable in any order; and commercial breaks must be built in the same places, with a relatively frozen act structure.

When choices are limited, quality tends to be low. Quality as a business concern is directly correlated with choice: the fewer the options, the less quality matters; the more choices consumers have, the better the product needs to be.

As is usually the case in media, better quality television came from a shift in technology, and from the new business models that technology unleashed.

Enter The Permanent Age of Television

Technology created a new era of television. It started in the 1980s, when satellites allowed cable to take networks national. The new economics of the cable era (subscription revenue over advertising revenue) funded a raft of new players including HBO, ESPN, TBS, CNN, MTV and Nickelodeon.

The more networks cable distributors carried, the more attractive cable became. And the more homes bought into cable, the more revenue there was to create more cable networks.

By the turn of the 21st century, hundreds of cable networks had been born.

This expansion of choice was compounded by the DVD box set, by cable VOD, and by the DVR. With the launch of DVR and VOD, TV shows had to compete not only with shows airing at the same time, but with every show that had ever been aired.

Technology created more competition for networks, as well as more choices for viewers. As the number of choices increased, television had a reason to swing for the fences.

And so scripted television began to move from a disposable medium to a permanent medium.

And television became the dominant art form of our time.

Prime Time vs. Always On

This trend reached its peak with the rise of Netflix streaming in the early 2010s. In the past, viewers who heard about Breaking Bad would have to rent the DVDs in order to catch up. Now, if they were Netflix subscribers, they could catch up on all past seasons, with no added expense, no trips to the store, no hoping the VCR would work. Television had moved from a “you tune in or you miss it” medium to an enormous, accessible 24/7 library.

This is why Netflix CCO Ted Sarandos was the obvious counterpoint to Landgraf, retorting last fall that “There’s no such thing as too much TV.”

Networks are largely bound by what they can make happen in three hours of primetime a night – while streaming players like Netflix are bound by as many shows as they can afford to license (or create). And since Netflix and Amazon are funded by the capital markets, those numbers are exploding. These businesses are predicated on growing subscriber revenue, not selling shows to advertisers.  If a Netflix show has low viewership when it’s released, the company can let it go on, in hopes that it will find an audience over time.  They can afford to do this because their shelf space is infinite.  In contrast, FX, like every other linear network, has a handful of primetime hours; and these hours must deliver enough revenue to keep the lights on.

John Landgraf is a genius working with the business model he’s inherited. But the game has shifted; as the LP did for Sinatra and the Beatles, the DVR, online video, streaming and Over the Top technology (making decades of TV viewable whenever, wherever, forever) have created a new business model—one that has transformed television from a disposable medium to a permanent medium.

From Vast Wasteland to an Infinite Library

And who would ever say that there are too many great novels?

Two-time Emmy® Award winner Seth Shapiro is a leading consultant and speaker in innovation, media and technology worldwide. His first book, Television, will be published this spring. He teaches at The USC School of Cinematic Arts and can be reached at info@sethshapiro.com. 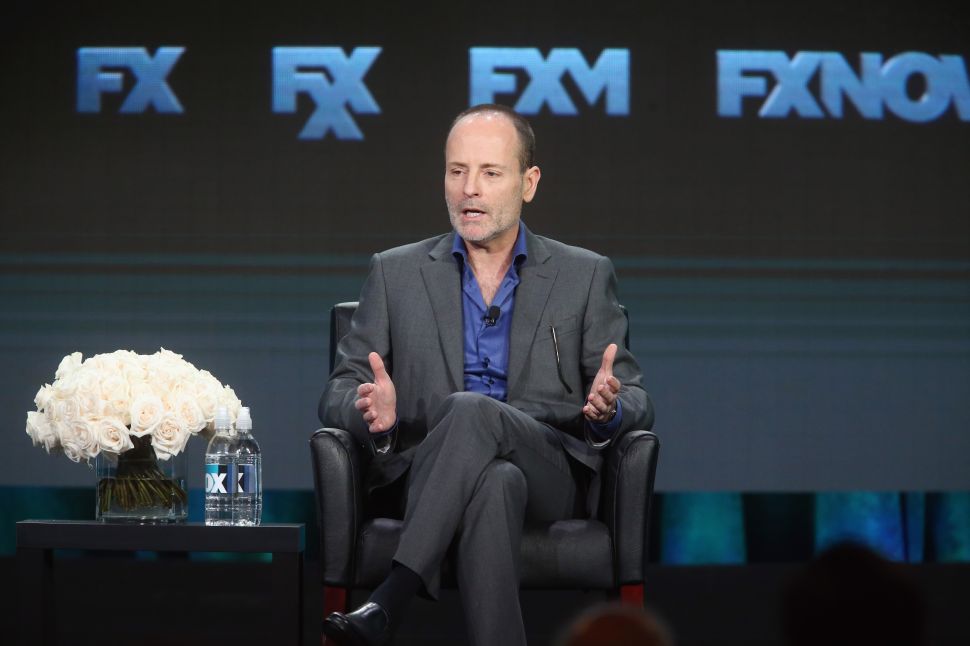