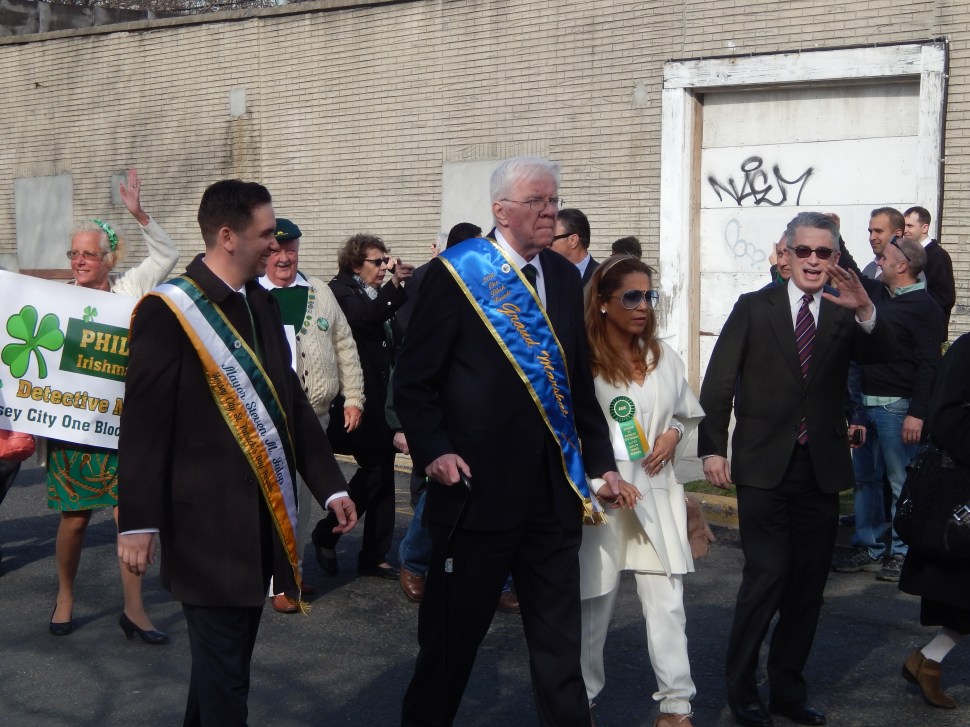 We’re jaded when it comes to the 5th District. We’ve seen too many good Democratic candidates attempt to scale the sheer surface of the Bergen-dominant general election Rubik’s Cube and end up sliding disastrously like so many losing contenders in another pointless game of political Candy Land. Paul Aronsohn was a decent candidate in 2006 (44 Arohnsohn-55% Garrett); Dennis Shulman was a good candidate running with Obama wind at his back in 2008 (Shulman 42%-56% Garrett); and Roy Cho had the makings of a superstar in 2014 (Cho 43%-Garrett 55%). Cho generated considerable interest two years ago and had the perfect storm potential of Dems running hard for Jim Tedesco (and ultimately winning) and a popular Bill Pascrell on the ticket. Cho ended up with the same results (43-55%) as the mostly unheralded Adam Gussen two years prior. So the current 5th District Democrat hardly fills us with the sense that anything will change, as CW suggests that the laconically homophobic Garrett appears to be undertaking another gerrymandered jog to victory. But this was a good week for Gottheimer, who secured the support of Norwood GOP Councilman Allen Rapaport, teased out by Dem sources as the challenger’s “first” Republican endorsement. On record in opposition to federal hurricane relief funding, Garrett is so far out of the Republican mainstream that we suspect there be more from his party who declare their support for the challenger. But what is the GOP mainstream at this point? We’re not sure that term even has any meaning right now. In the words of one New Jersey Republican this week, the party has to all but completely blow itself up and start over again after this cycle. It was the party of Chris Christie. Now it’s the party of Donald Trump, even as the establishment attempts to deep-six him. It’s bedlam. Perhaps intra-party chaos will actually finally inure to the advantage of Garrett, who has demonstrated the ability over all these years simply to rely on his own well-funded brand in all weather. In addition to the dimensions of the Republican-leaning district, Gottheimer has his own challenges, including a less than overwhelmingly popular Hillary Clinton, who’s likely to top the ticket as the Democratic nominee for president. But this week was a win for the much-challenged challenger.

The former governor held a well-attended and successful conference on prisoner reentry at the McMahon Student Center on the campus of St. Peter’s University in Jersey City. In attendance at the conference, a highly supportive Gov. Chris Christie said that he wants to work with the legislature to as early as June expunge the criminal records of non-violent narcotics offenders to help them gain employment as they try to reintegrate into society after incarceration. The remarks drew a big hand from the crowd.

He bad. He bad. Sorry, that age-revealing reference is going to mean nothing to most of the readers of this website, and we must  apologize in advance to Mr. Pryor, who’s probably heard some stupid variation on that reference over the course of the past 50 years. It’s probably enough to make a guy go Stir Crazy.  Anyway, in a special election this week in Neptune City, Republican Pryor defeated Democrat Michael Skudera by 35 votes: 510 votes to 475. For more on the election, check out this post at Save Jersey.

It’s not a done deal by any means and they’ll have to wait for a new governor to finish it, but New Jersey United for Marijuana Reform (NJUMR) testified at a busy budget hearing this week, generating interest and support from many on the committee.

It was a pretty good week for the governor, who showed again his uncanny ability to stick a boardwalk landing after all manner of national-sized spastic somersaulting. He burnished his old stand-by support from South Jersey Democrats for the Atlantic City takeover bill he champions with Senate President Steve Sweeney (D-3), and then managed to balance that effort with furrowed-face concern in those parts of the state generating opposition in solidarity with Atlantic City’s local leaders: a business walk-through in Newark on Thursday, followed by a tear-jerky stage appearance with McGreevey (see above). Christie walked into surly grumbles and was sent off with a standing ovation. After a catastrophic series of perceived misfires, the week demonstrates the ease with which the governor – who doesn’t have to worry about running for reelection – can re-assume command or near-command of a state balkanized by competing North-South Jersey Democratic Party interests. But don’t forget Prieto, who demonstrated his willingness to go toe-to-toe with the governor and South Jersey, in the process carving out 2017 distance on Christie-allied Democrats, including Sweeney. “The one playing the game of chicken is the governor,” the speaker shot back at the governor, placing the threat of a bankruptcy at Christie’s feet.  “If there is a default on any of the bonds, it actually has a ripple effect on all the credit ratings of all the municipalities in the state. For more on the subject, read PolitickerNJ reporter J.T. Aregood’s story here.

You wonder how he does it: living in the 21st Century. We don’t entirely lack sympathy. There are days when we wake up and think it might have been nice to live in the era of Constantine. At our most confessional, we admit that we feel pain at having missed that ride through the desert with Coronado in search of the Seven Cities of Cibola. But Garrett – the Republican congressman from the 5th District – has to actually serve a contemporary constituency. Pondering the disconnect between these times and his congressman prompted Norwood Republican Councilman Allen Rapaport to switch hit – the kind of activity that must give Garrett fits. PolitickerNJ reporter Alyana Alfaro was there to chronicle the Thursday happening.

The ACLU of New Jersey wants the acting attorney general and prosecutor to determine whether the Wyckoff Police Department Chief advised his officers to engage in racial profiling. While those law enforcement entities conduct their probe, the chief agreed to temporarily step down from his post.

The shit blizzard continues in Paterson, as an impaneled grand jury quizzes city Department of Public Works employees about their movements in and out of the private residence of the mayor. The episode came to light after NBC reported on its special investigation of city workers filing for overtime pay on the same day they were spied on camera at Torres’s home. Sources in Paterson say the story have bigger implications, and suspect that a disgruntled developer may be behind a push to embarrass the mayor. Torres allies insist the worst of the case will reveal not the questionable movement of city workers, but a larger plot, possibly resulting in an attempted extortion case. In any event, in the interim, Paterson burns.

Some jerk(s) in the sedate South Jersey town vandalized a “Black Lives Matter” sign in front of the Unitarian Universalist Church on Kings Highway, slicing the word “matter” out of the equation. Blue Jersey had a piece this week on the ugly episode.

The Port Authority of New York and New Jersey

It’s a nightmare: finger pointing going back and forth and guys at the top of the pyramid apparently unable to get synchronized as New York and New Jersey fight for dominance over the Bridgegate-scuffed patronage trough.

The place is a mess, let’s face it. Former PolitickerNJ reporter Matt Friedman (who now writes for Politico) detailed the fistfuls of dirt throwing super PAC that sides with incumbent Mayor Dwayne Warren in a May nonpartisan mayor’s race that by the time it’s all over will likely feature Ringling Brothers circus clowns snow blowing elephant excrement. 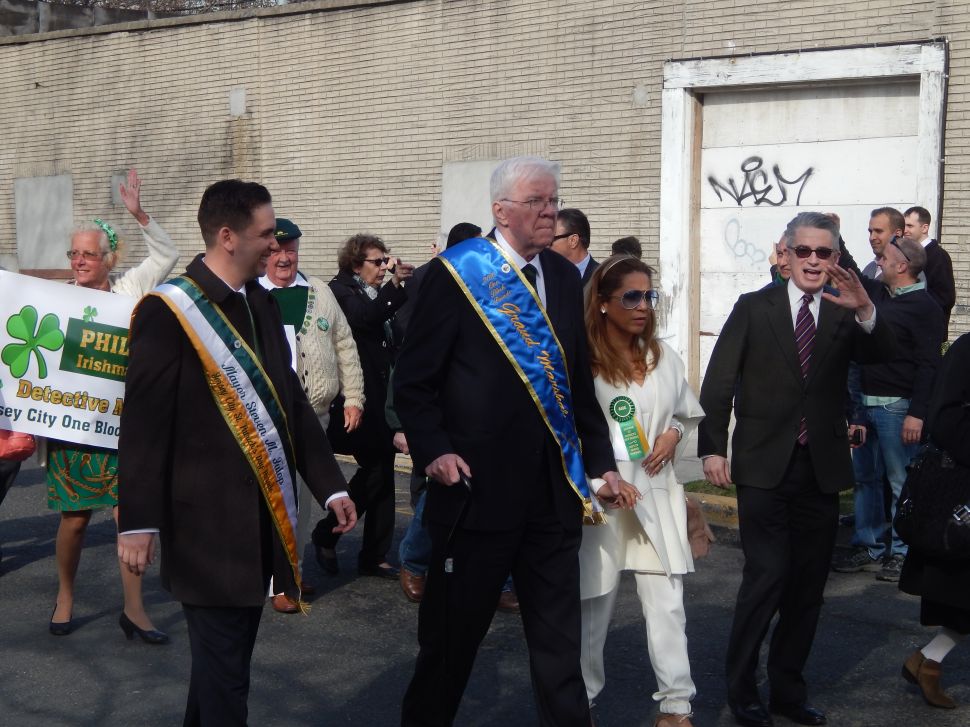