Among the many criticisms leveled against Donald Trump, one of the strangest (and most persistent) is that he has tiny hands. Graydon Carter first referred to Mr. Trump as a “short-fingered vulgarian” in Spy magazine 25 years ago, and now the digit debate has made its way into the presidential race—Mr. Trump was even forced to respond to the accusation during last week’s debate.

But it looks like Wired took the joke a little too literally. The website enabled a Chrome extension that replaced any mention of Mr. Trump’s name with the phrase “Someone With Tiny Hands.”

The error was discovered this morning after an article about the relationship between Mr. Trump and New Jersey Gov. Chris Christie was published with the “Tiny Hands” references still intact—the phrase was also included as a story tag:

Readers quickly pointed out the mistake, and Wired immediately edited the article. The site also posted a correction that spread like wildfire among journalists:

.@WIRED with the best "Correction" in the history of journalism: https://t.co/2kwmZA0WFa pic.twitter.com/8OSchiQO2J

Is this @WIRED correction a factual correction, or just to clarify who has tiny hands? pic.twitter.com/zEMUx56cwS

Thank you @WIRED for the correction of the year: https://t.co/gN4NhtxFbm pic.twitter.com/sf9LtF0aD4

Even Jason Tanz, who wrote the Trump/Christie article that started it all, got in on the fun:

good news: my latest piece @wired is blowing up! bad news: it's because of this: pic.twitter.com/cb1ijVyveR

come for the correction, stay for the analysis of decentralized culture and the decline of traditional signifiers of formal authority!

A Wired article from earlier this week about presidential merchandise also referred to Mr. Trump as “Someone With Tiny Hands”- there was a slight delay in correcting that story, but eventually his proper name was restored.

Anti-Trump Chrome extensions have proliferated in recent weeks—one created by John Oliver’s Last Week Tonight that switched any online reference to Mr. Trump with his ancestral name “Drumpf” has been downloaded more than 433,000 times, and the show has sold over 35,000 “Make Donald Drumpf Again” hats.

And even though Wired corrected its mistake, it looks like the insults to Mr. Trump’s digits are far from over—the “Trump Has Tiny Hands” PAC launched on Monday in Portland, Oregon. 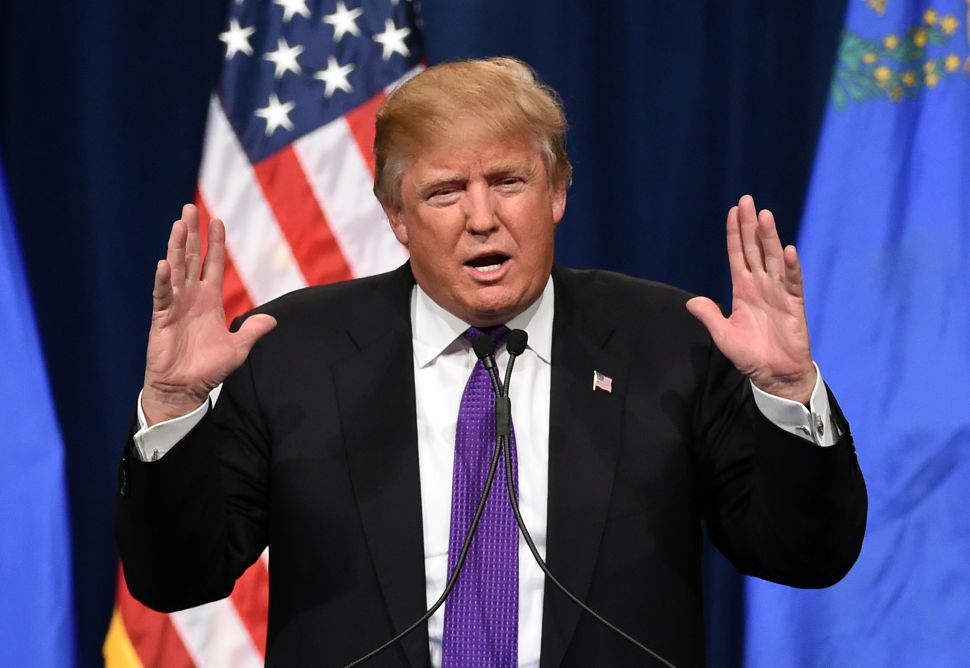