Is a downturn really just around the corner? And if so, what can we do about it?

The end of World War 2 left Japan in shambles. Robert J. Baran has some of the significant numbers.

Sixty-six major cities, including Hiroshima and Nagasaki, had been heavily bombed, destroying 40% of these urban areas overall and rendering about 30% of their populations homeless. In Tokyo, the largest metropolis, 65% of all residences were destroyed. In Osaka and Nagoya, the country’s second and third largest cities, the figures were 57 and 89%.

You can’t imagine much good coming out of these conditions, but Japan became one of the most powerful economies on Earth. How?

Well there are quite a few variables in the equation from how control and government were set up after the war to the level of protection the US gave the new Japanese economy to protect and influence against Communism.

But I believe one of the most profound things that affected Japan’s recovery was their philosophy of mottainai.

Mottainai is an old Buddhist word that means “a sense of regret concerning waste.” It’s a close cousin to the philosophy of the Shinto religion that all objects have a soul.

One great example where you can see mottainai being expressed is at a 400 year old ceremony called Hari-Kuyō, or the Festival of Broken Needles, that’s still celebrated today. Seamstresses in Japan honor the sewing needles they broke throughout their service in the profession.

You can also see mottainai in practice after World War II as old factories used to manufacture guns turned into places making new textiles. Factories that made lenses and optics for the war, started making cameras and binoculars.

My favorite example of mottainai was a young man named Soichiro who wanted to help his wife, Sachi, on her long, difficult bicycle trips to bring rice and food back to her family – food in ridiculously short supply. Sachi would bicycle for hours and sometimes still returned home with nothing.

So Soichiro, being a mechanic, decided to build his wife a motorized bicycle. But, a quarter of all motor vehicles were destroyed in the war, so there weren’t any spare or cheap motors. Or were there?

Soichiro realized there were actually hundreds of motors around. They were inside the generators used to power the “No. 6” wireless radios used for the war. The radios were garbage now, and they “littered the burned-out streets of every Japanese city”. For a fuel tank, a tin-plated steel receptacle would be ideal, but again, he went with what he could find – in this case some old hot bottles. Gasoline would have been great to use as the fuel for this bike, but was priced out of reach. So he used pine resin. It wasn’t ideal, and made it difficult to actually start his bike, but the tradeoff was worth it.

His bike was a welcome gift to his wife. And neighbors wanted their own.

He made hundreds of bikes and they each sold instantly. Eventually, this new operation exhausted his supply of radio generator engines, so Soichiro decided to take his new venture to another level.

Soichiro Honda soon afterwards founded the Honda Motor Company, which is now the largest manufacturer of motorcycles and internal combustion engines, as well as a leader in the automobile industry.

All from finding things of value amongst the ruin.

I remember sitting on my couch in 2008, with my laptop, watching Jim Cramer on CNBC. The sky was falling. The markets were melting down. The advice was to get out of the stock market now, unemployment was going to soar. A recession was coming. And it did.

I was worried what that meant for the business I founded in 2006, Inkling. We were still an infant. Not making a ton of money, but enough to get by.

Inkling, is a tool we created to run prediction markets. Folks can host these virtual stock exchanges inside their companies and have employees trade virtual money for shares in ideas and decisions. If you watch the stock price, you can get a strong indicator of the crowd’s wisdom on how probable something is.

In 2006, innovation was a hot topic. One of our first potential clients wanted to use our system to actually power real money trading in new ideas their employees were pitching.

But, when 2008 hit, investing in employee ideas became a distant priority on our customer’s agendas. All they wanted to do was survive. They needed to cut costs.

We lost that potential customer, and more of our business started to dry up.

But instead of scrapping what we had already built and figuring out a brand new path, we looked at what we had and whether it could be repurposed.

Instead of using Inkling to help power innovation and find new ideas, what if our clients used it to prevent projects from going off the rails? What if they could use it to save money? If we could help find projects that were about to cost 10X what was originally estimated or fail for any number of reasons, well, that would be a huge tool in a market like this.

And so we didn’t change the product much at all, but instead changed the conversations we were having with potential customers. And by finding a new use for what we had built, we got through 2008 and many more years to come. Today Inkling’s still around, running now as part of another company Cultivate Labs.

Of course my thoughts go back to wondering if my current business, Highrise, is at risk.

Numerically nothing has changed, yet. In fact, paid signups are now higher than they were all of last year. But I’ve already been through enough financial trouble and seen enough downturns to know that good things won’t last.

So how can Highrise weather an impending storm? Well first of all, my experience running businesses that have remained profitable even through recessions has taught me the obvious: be frugal. We don’t spend much. I’m slow to hire. Extremely slow to spend.

But I keep this concept of mottainai top of mind.

If we start seeing folks leaving because of cost cutting, we might have to change what we’re talking with our clients about. Maybe instead of today’s message of helping people track who said what to whom and helping people follow up, we’ll focus on how our product can save customers money by consolidating the tools they use (contact management, group inbox, bulk email marketing, etc). We’ll have to find a new value in the same old tool, even if it’s just making folks aware of the new value that’s always been hiding underneath, like Soichiro’s No 6. radios.

Will there be a downturn? Absolutely. There will always be another setback in our economy. Who knows if it will happen in 2016. 2017. 2026 or later.

But the main lesson is to be wary of despair that everything looks like ruins around you. Someone is making money.

And the ones making it are probably a lot like Soichiro Honda in postwar Japan looking around for garbage he could use to build his motorcycles. There’s always an opportunity, no matter how bad things seem to look.

Nate Kontny is the CEO of Highrise and the creator of Draft, a collaborative platform to help you write better. He’d love to meet you on Twitter. 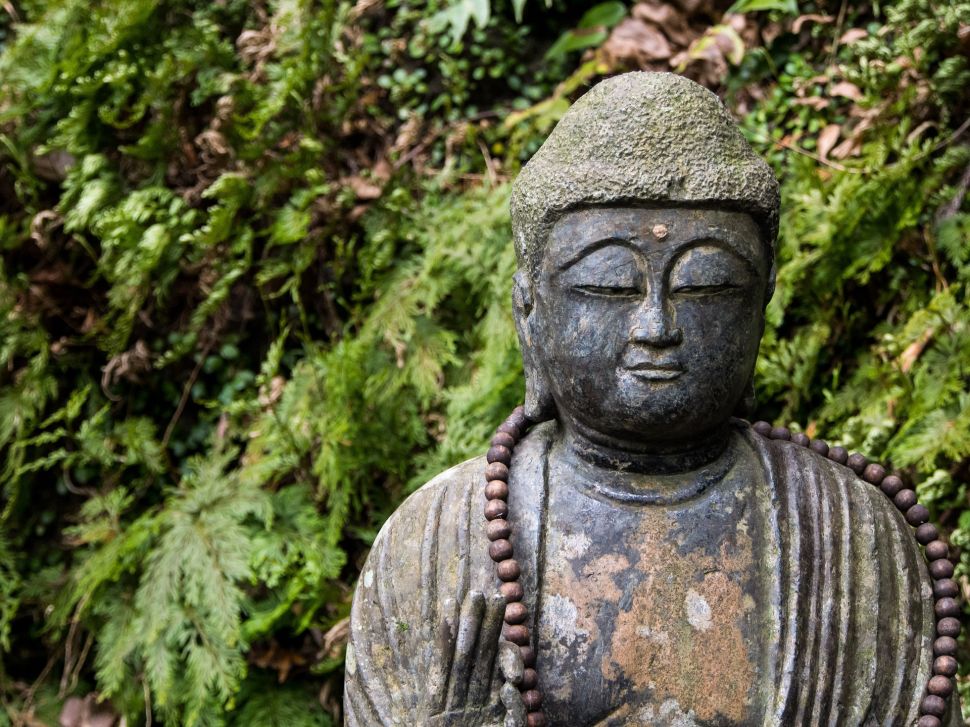