If you’re looking for a way to enliven your home, adding digital art could be just the thing. Today, both seasoned and newbie art collectors are turning to ambitious new media installations to transform their living spaces into an immersive experience for every day.

Video, animation and light installation have been popular in the Contemporary art world since the 1960s, but technology-based art hasn’t always been considered as collectible as more traditional mediums such as painting or photography. Today, according to leading dealers, interest from collectors has risen sharply.

“People are much more flexible about this kind of art,” said Liz Sullivan, director of Pace Art + Technology. The mega-gallery recently opened its first ever Silicon Valley space in Menlo Park with a program that focuses exclusively on artists working in new media, and will launch a Palo Alto location in April with an exhibition of new light works and holograms by James Turrell. Video works by Israel-born artist Michal Rovner and animated installations by Japanese art collective teamLab have been extremely popular among collectors, she says. 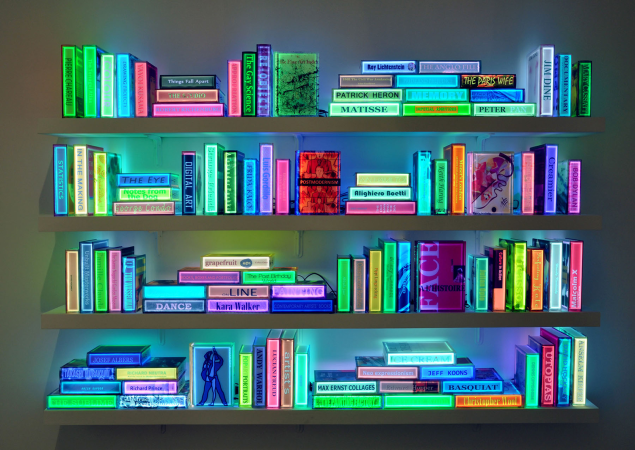 A common misconception with new media art is that installation can be complicated and costly. That’s simply not the case, says dealer Bryce Wolkowitz, whose roster of artists includes Jim Campbell, Airan Kang and Ben Rubin, all of which work with electronic light components and digital imagery. Compact electronic components and easily compatible software has made these alternative art forms all the more appealing for the plugged-in art enthusiast.

“For ‘plug-n-play’ artworks, there’s nothing overly complicated about it. Apart from the artists who create custom electronics, there’s a streamlined method for installation,” said Mr. Wolkowitz. “Media is such a big part of our day-to-day existence, I think [collectors] are already quite used to the moving components to video art.”

Digital video and animation can be uploaded to a flash drive, and plugged into an existing monitor to play, says San Francisco dealer Claudia Altman-Siegel, who represents artists such as Nate Boyce and Trevor Paglen. The only remaining challenge, she says, is hiding any unsightly wiring or synching the work with your television or stereo.

“[Digital art] may seem intimidating, but it’s not—galleries and artists want to take this on,” Ms. Altman-Siegel told the Observer.

Roxanne Donovan and her husband acquired their first digital work six months ago working with New York’s art consultancy service ArtKapsule to find a piece that would fit their taste and the constraints of their apartment. ArtKapsule’s Elaine Ronson turned them on to a video work titled Cutting In by New York-born artist Christopher Smith, first shown at the Bronx Museum of Arts’ 2011 exhibition “Bronx Calling.” The piece runs a 19-minute cycle of ever-changing colorful paint drips. While it was originally shown in the museum on a 16-foot-tall screen, in Ms. Donovan’s home the work plays on the living room television monitor and turns on and off via a motion sensor.

“Finding a piece of art that lives and works on [the television] when it’s not functioning as a TV is a beautiful compromise—even more than a compromise; it’s a great solution,” she told us.

And while some collectors prefer artwork that fits with hardware they already own, others are going to great lengths to adapt their home to the art.

Bay Area collectors Andy and Deborah Rappaport have been avid collectors of new media for nearly two decades, and their home is abuzz with art by Christian Marclay, Nam June Paik, Owen Kydd, Bill Viola and Christian Jankowski, among many others. Together, not only have they filled their house top-to-bottom with interactive media, but Mr. Rappaport (who has training as an electrical engineer) has overseen the construction of a dedicated media room. 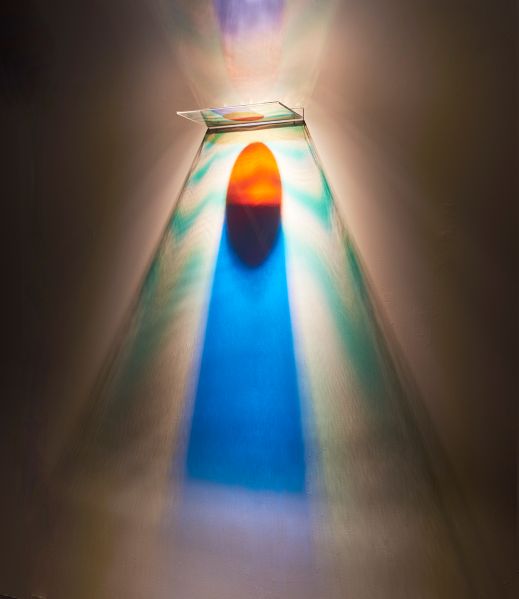 “To properly configure a home for the collection of these works you have to be a little crazy, so we qualify,” said Mr. Rappaport.

Inside the media room, every variable from lighting to the angle of viewing screens can be precisely controlled to suit the work on view, and the Rappaports have an interchangeable library of digital works to screen, such as Mr. Jankowski’s hour-long 2011 film Casting Jesus.

“Having [the film] play in the background of the house would have no meaning, [the artist] intends for you to watch it from beginning to end,” says Mr. Rappaport. “We turn it on once in a while either for ourselves, or when we have guests. People who come over love it, and we spend a lot of time watching it with friends. It’s not something we just pass by and glance at.”

What should new collectors keep in mind when buying digital art?

“If you’re doing renovations, think about it as early as you can,” Ms. Ronson told us. “The biggest expense is redoing what’s already there.”

Mr. Rappaport explained that occasionally electronic components can break, or even become obsolete, so being conscious of the conservation and preservation is key, as is working with the artist or gallery on any repairs.