Republican Norwood Councilman Allen Rapaport decided to defect from his county party organization’s support of Scott Garrett (R-5), the incumbent Republican congressman in his district. Instead, on Thursday morning, Rapaport joined Garrett’s Democratic challenger Josh Gottheimer in Paramus to declare his decision to endorse him over Garrett.

According to Bergen County Republican Organization Chairman Bob Yudin, that decision by Rapaport was a “betrayal.” Now, Yudin says he is looking at the bylaws to see how Rapaport’s decision will be dealt with by the BCRO. It seems that the councilman’s future is unclear.

“It is a betrayal of his office,” Yudin told PolitickerNJ. “He holds office as a Republican. Our Republican bylaws allow for his expulsion from the BCRO for endorsing the Democratic congress candidate and I am looking into that matter. He is no longer a Republican in good standing.”

According to the BCRO bylaws, one of the grounds for recall of a BCRO member is the “support of a candidate of another party.”

Yudin says he was not aware that Rapaport would be defecting until after the news broke this morning.

Rapaport’s decision to endorse Gottheimer comes after the January party switch of Sheriff Michael Saudino. The once-Republican will now be running as a Democrat on the November ballot.

According to Yudin’s challenger for the BCRO chairmanship Paul DiGaetano, the Saudino situation is dissimilar from the Rapaport situation because, rather than switch parties, Rapaport opted to endorse outside of the GOP.

“I do not condone Republicans coming out to support Democrats anywhere and even though Allen Rapaport is a friend, I do not condone it,” said DiGaetano. “I don’t know what brought this about but I can tell you that I will be reaching out to him to find out what precipitated this. As Republicans, this is completely inappropriate.”

DiGaetano also said that he, like the rest of the BCRO, is supporting Garrett. He said that, were he in Yudin’s position, he would also similarly look to the bylaws in this situation.

“I firmly believe that when I am chairman these kinds of defections will not happen because we will deal with whatever issues there are before they get to this point—whether it is frustration or crisis, whatever it is—we will deal with the issues,” DiGaetano, a former assemblyman, said. “The party will be united and that is one of my goals: to stop the infighting and unite the party.”

When Rapaport announced he would be backing Gottheimer over Garrett, the councilman said it was because he felt Garrett’s Tea Party leanings did not align with the views of Republicans in Bergen County. He also said that the incumbent’s tax policies were harmful for Bergen County, particularly regarding services for first responders. 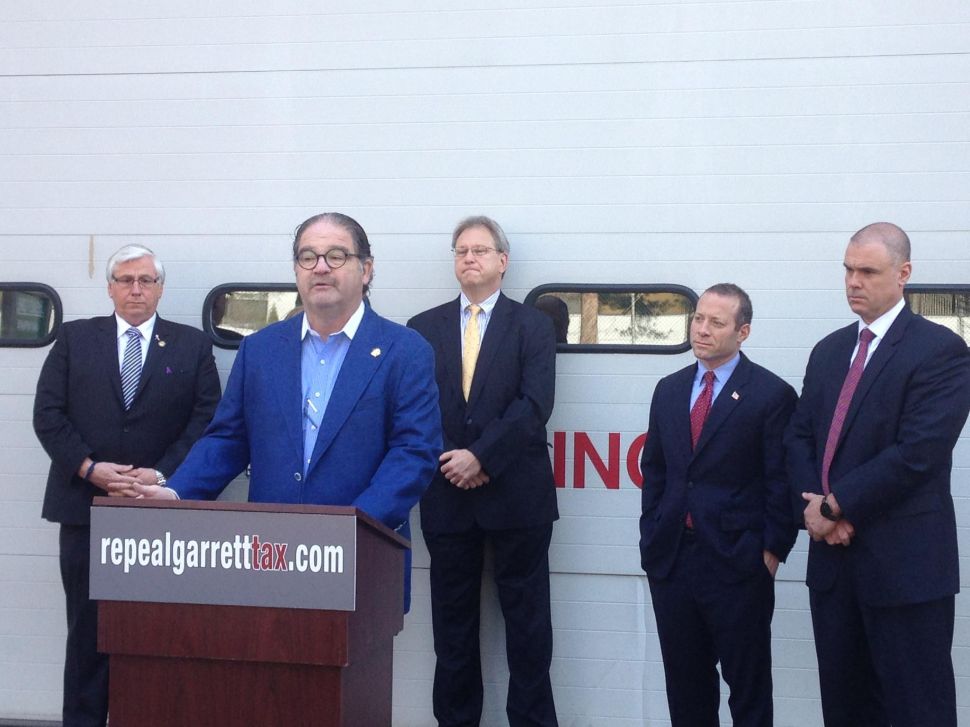