Screening and Talk: “An Evening with Cao Fei” at the Museum of Modern Art
In conjunction with the Chinese multimedia artist’s first museum solo show in the States, which just opened at MoMA PS1 and runs through August 31, Beijing-based Cao Fei shows a selection of her video and film works spanning the past 20 years. Highlights of the screening include 2004’s Cosplayers, a video about young people who dress up like Japanese anime characters to escape everyday existence in her hometown of Guangzhou, and 2007-11’s RMB City, a digital animation about the life of the artist’s avatar China Tracy in a virtual city that Ms. Fei built in the 3D virtual online platform Second Life. MoMA PS1 Director Large Klaus Beisenbach, who co-curated the show, joins the artist to discuss her fascinating work.
MoMA, 11 West 53 Street, New York, 7 p.m., $12

Talk: “The Dark Galleries: Painted Portraits in Film Noir” at the Swiss Institute
A specialist in the relationship between film and visual arts, author and film historian Steven Jacobs talks about the role of portraits in film noir movies. Curiously noting that portraits play an important part in the plots of several Hollywood crime dramas of the 1940s and’50s, Mr. Jacobs examines the relationship between the paintings and the stories from such classics as Rebecca (Alfred Hitchcock, 1940), Laura (Otto Preminger, 1944) and The Woman in the Window (Fritz Lang, 1944).
Swiss Institute, 18 Wooster Street, New York, 7 p.m., RSVP requested

Talk: “Art and Mindfulness: Enrique Martínez Celaya and Gabriella De Ferrari” at the New York Public Library
Celebrating the recent release of two publications, On Art and Mindfulness (University of Nebraska Press) and Martínez Celaya, Work and Documents 1990-2015 (Radius Books), artist Enrique Martínez Celaya sits down with art historian, curator and writer Gabriella De Ferrari to discuss his multidisciplinary work. On Art and Mindfulness documents the artist’s views and advice on the process of making art and the development of a practice, which he taught in workshops at the Anderson Ranch Art Center in Colorado, while Martínez Celaya, Work and Documents 1990-2015 is a comprehensive monograph of the artist’s conceptual work, which can be found in the permanent collections of the Metropolitan Museum of Art and the Whitney Museum of American Art, both in New York, and the State Hermitage Museum in St. Petersburg, Russia.
New York Public Library, Celeste Auditorium, Stephen A. Schwarzman Building, Fifth Avenue at 42nd Street, New York, 6-8 p.m.

Opening: “Beyond the Veil: Works from the Permanent Collection” at the Bronx Museum of Art
A selection of contemporary art from the permanent collection of the Bronx Museum of the Arts titled “Beyond the Veil” features a magnificent 2009 painting of cross-dressing policemen by Nina Chanel Abney (a standout in the Whitney Museum’s current Flatlands show) and six glass canisters etched with antebellum scenes by Kara Walker, from 1997. Other highlights include Jamel Shabazz’s photographs documenting the early days of New York’s hip hop scene and a 1988 welded steel sculpture by Melvin Edwards from his seminal Lynch Fragment series. While visiting, also catch the concurrent exhibition Permanent Collection Spotlight: John Ahearn and Rigoberto Torres, which features sculptures by the collaborative artists of local Bronx inhabitants from all walks of life.
Bronx Museum of the Arts, 1040 Grand Concourse, Bronx, New York, 11 a.m.-6 p.m., free with museum admission

Opening: “Nadav Kander: Dust” at Flowers Gallery
Making its New York gallery premiere, Nadav Kander’s acclaimed photographic series “Dust” examines the remnants of the Cold War through the radioactive ruins of covert sites along the border of Kazakhstan and Russia. Photographing isolated areas of the Aral Sea, the Israeli-born, London-based artist documented the crumbling remains of the closed cities of Priozersk and Kurtchatov, which did not turn up on any maps until long after the end of the Cold War in 1989. The sites of long-distance missile testing and atomic bomb detonations, the two cities were inhabited by unsuspecting citizens, who were studied for the results of radiation exposure. See the striking show and then catch a conversation between Mr. Kander and photography collector, curator and consultant W.H. Hunt at the gallery on Saturday at 4 p.m. about the artist’s difficulty in photographing this frightening part of the world.
Flowers Gallery, 529 West 20 Street, New York, 6-8 p.m.

Opening: “Hassan Sharif” at Alexander Gray Associates
A multidisciplinary artist from the United Arab Emirates, Hassan Sharif is widely recognized as one of the first conceptual artists living and working in the Gulf region. Making art with inexpensive, mass-produced objects for more than 40 years, the artist returns to his “Objects” series for the pieces in this colorful solo show, his third with the gallery since 2012. Using such consumer goods related to the body as gloves, combs, nail clippers and masks, the artist assembles and weaves the objects into sculptures and tapestry-like wall works. The end result are both aesthetic pleasure and social commentary, which points out the new lifestyle of the endless consumption of cheap globalized goods and the tradition of shaping and covering the body, which is expected in the Middle East.
Alexander Gray Associates, 510 West 26 Street, New York, 6-8 p.m.

Screening: “Hockney” at Nitehawk Cinema
Screening as part of the “Art Seen” series at this Williamsburg’s cinema prior to its U.S. theatrical release on April 22, the film Hockney documents the life and work of famed British Pop Art artist David Hockney. Mixing photographs and film footage from his personal archive and interviews with his close friends and peers, the documentary charts the 78-year-old artist’s charmed life from his working class roots in England to the swimming pools of Hollywood Hills—with plenty of artworks and cigarettes to boot.
Nitehawk Cinema, 136 Metropolitan Avenue, Brooklyn, 7:30 p.m., $15

Opening: “Dark Star: Abstraction and Cosmos” at Planthouse
Organized by independent curator and writer Raymond Foye, who’s featured in the previously mentioned Hockney documentary, this group exhibition showcases the work of eight artists who share an interest in the stars—the astrological variety, that is. Making abstract works on paper inspired by the cosmos, the artists in the show—a group that includes Tamara Gonzales, Philip Taaffe and Sally Webster—use their imaginations and pictures culled from books to create pieces that capture the universe as an enlightening place. At the core of the show is the work of experimental filmmakers Jordan Belson and Harry Smith, two past film legends who also made mystical paintings and drawings.
Planthouse, 55 West 28 Street, New York, 6-9 p.m.

Opening: “Guðmundur Thoroddsen: Dismantled Spirits” at Asya Geisberg Gallery
An Icelandic artist who makes witty work about masculine identity in a variety of media, Guðmundur Thoroddsen returns to the gallery for his third solo show with a new outlook. Having previously investigated father figures and male-oriented hobbies in his work, the artist turns his attention to “the dying days of male supremacy.” Through a new group of drawings, collages, paintings and ceramics, Mr. Thoroddsen constructs satirical scenes and amusing trophies—with titles like Disintegrating Spirit, Double Naughty Man and Olympic Hair—that comment on the lifestyles of modern men.
Asya Geisberg Gallery, 537B West 23 Street, New York, 6-8 p.m.

Opening: “Shezad Dawood: Anarchitecture” at Jane Lombard Gallery
His second solo show in the States and the first with this gallery, London-based artist Shezad Dawood delivers a show that presents new paintings on textiles inspired by the architectural projects in India and Japan of Czech-American architect Antonin Raymond, who had previously worked with Frank Lloyd Wright. Mr. Dawood, a descendent of Pakistani and Indian parents, uses the architect’s windows for an ashram in Pondicherry, India, as the point of departure for his painted textile pieces, which combine his interests in architecture, painting and philosophy. These works are joined by two of the artist’s wall-mounted neon sculptures, which cleverly engage the architecture of the gallery space.
Jane Lombard Gallery, 518 West 19 Street, New York, 6-8 p.m.

Opening: “Paul Feeley: An Artist’s Game with Jacks” at Garth Greenan Gallery
Coming on the heels of a traveling retrospective of Paul Feeley’s celebrated abstractions that recently closed at the Columbus Museum of Art, this solo exhibition presents seven of the artist’s most vibrant paintings, along with several related works on paper. Mr. Feeley, who died at the age of 56 in 1966, based the motives for his paintings and drawings in the show on the small, six-pointed objects used in the ancient game of jacks. The simple shape became one of the signature forms for this artist’s sublime works, which succeed in the realms of both Minimalist and Pop Art.
Garth Greenan Gallery, 529 West 20 Street, New York, 6-8 p.m.

Opening: “Robert Neffson: New Paintings” at Bernarducci Meisel Gallery
A native-born New Yorker, artist Robert Neffson has traveled the world to paint his coveted cityscapes. Rendered photo-realistically, Mr. Neffson spends several months laboring over the precise details of each of his large-scale views of notable sites. For this show, the artist returned to the streets of New York to capture such iconic scenes on canvas as the city’s flagship Apple Store at Fifth Avenue and 59th Street and Times Square in all of its tourist glory. Complementing these works and other cityscapes in the show is a rare interior painting by the artist of the American Wing of the Metropolitan Museum of Art, which beautifully portrays the architecture, light and people in motion. Be sure to search the artwork for—with a bit of tongue in cheek—the New York artist and his wife.
Bernarducci Meisel Gallery, 37 West 57 Street, New York, 5-7pm 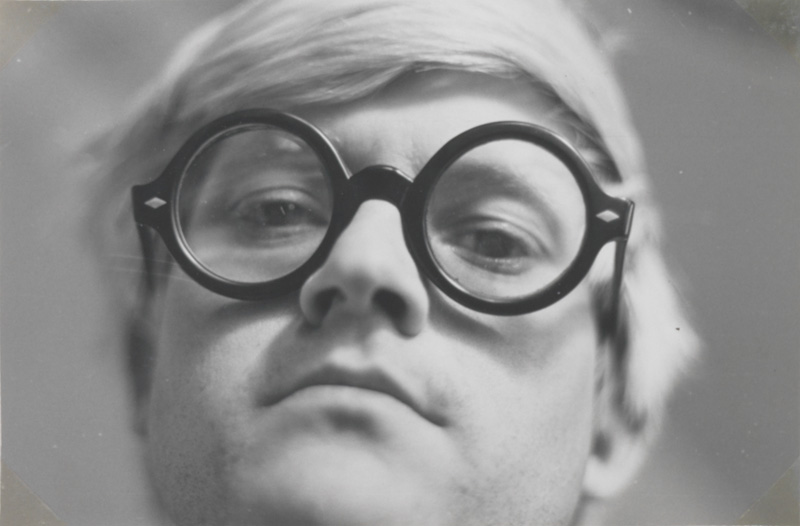