Ahead of Tuesday’s “Acela primary,” there was the potential that both political parties might choose their nominees not based on how people voted but on what party elites decided. Depending on how things go Tuesday, the people may be back in the driver’s seat.

For Democrats, Hillary Clinton has always led in pledged delegates—delegates she won based on voting percentages in the states. But her rival, Vermont Sen. Bernie Sanders, was always nipping on her heels. He won a good amount of states, and even when he lost, he usually got a large enough percentage of the vote to split the awarded delegates. And he’s currently 275 pledged delegates behind Ms. Clinton. The gap has widened in recent weeks but wasn’t, until recently, insurmountable.

Had Mr. Sanders been able to close the pledged delegate gap, Ms. Clinton still could have won the nomination based on those superdelegates—meaning the former secretary of state would have won thanks to the Democratic “Establishment” and not Democratic voters.

Of course, Ms. Clinton leads in the five states that will be voting on Tuesday, so her pledged delegate count will probably increase to a point too high for Mr. Sanders to overcome. So, at least on the Democratic side, the voters will have had their say (but don’t expect Mr. Sanders’ supporters to go quietly into the night).

On the Republican side, however, there’s still a chance that voters won’t be the ultimate deciders when it comes to the nominee. Those who oppose business mogul Donald Trump are hoping for a contested convention, where delegates could choose the nominee based on what they want, not what the voters from the states wanted.

Sure, the delegates were voted for by voters as well, but say Mr. Trump doesn’t get to the necessary 1,237 pledged delegates before the convention. On the first ballot, all delegates have to vote the way people in their state voted. But many states allow delegates to choose their own nominee on subsequent ballots. So even though the people voted for Mr. Trump, he might not end up being the nominee.

One could argue that if Mr. Trump didn’t get 50 percent plus one of the delegates, then technically “the people” didn’t want him to be the nominee. But if one looks at any other remaining candidate—like Texas Sen. Ted Cruz or Ohio Gov. John Kasich—the same argument could be made. Even fewer people wanted them to be president.

I understand that the rules are the rules—and Mr. Trump should have known them going in. But it’s also hard to believe the Republican party would put up a nominee that didn’t even come close to 1,237 delegates (or who didn’t even participate in the primary) over someone who will at the very least come within striking distance of that number.

Head-to-head matchups at this still-early part of the election show Mr. Trump would lose to Ms. Clinton. Mr. Cruz and Mr. Kasich do better. But it’s hard to imagine how either of them could do better if they can’t even win over conservatives. How could Mr. Cruz win over independents when even conservatives would rather have someone else as their nominee?

In past years, party division during the primaries was easy to overcome. In 2008, it seemed like then-Sen. Barack Obama wouldn’t be able to win over Ms. Clinton’s supporters and secure the presidency, but he did. This year, however, it really, really looks like there will be a struggle to unite the parties.

If Ms. Clinton secures the Democratic nomination—and it looks like she will—there’s no guarantee Mr. Sanders’ supporters will join her. The youth don’t typically vote. They voted for Mr. Obama, but they’re not excited by Ms. Clinton in the same way.

It also doesn’t appear as though Mr. Trump’s supporters will accept anyone other than Mr. Trump. The divisiveness between the supporters of certain candidates this year has been worse than anything I’ve seen (in my admittedly short time watching elections), especially on the Republican side. Mr. Cruz may have been able at one point to (and it looked like he was trying) be the candidate Trump supporters could rally around in the event he was not the nominee. But that doesn’t look to be the case anymore.

It may very well be that supporters of losing candidates sit this election out, meaning a smaller number of people would be deciding who leads the country next. We’ll have a better idea of whether American voters—and how many of them—will actually matter this November. 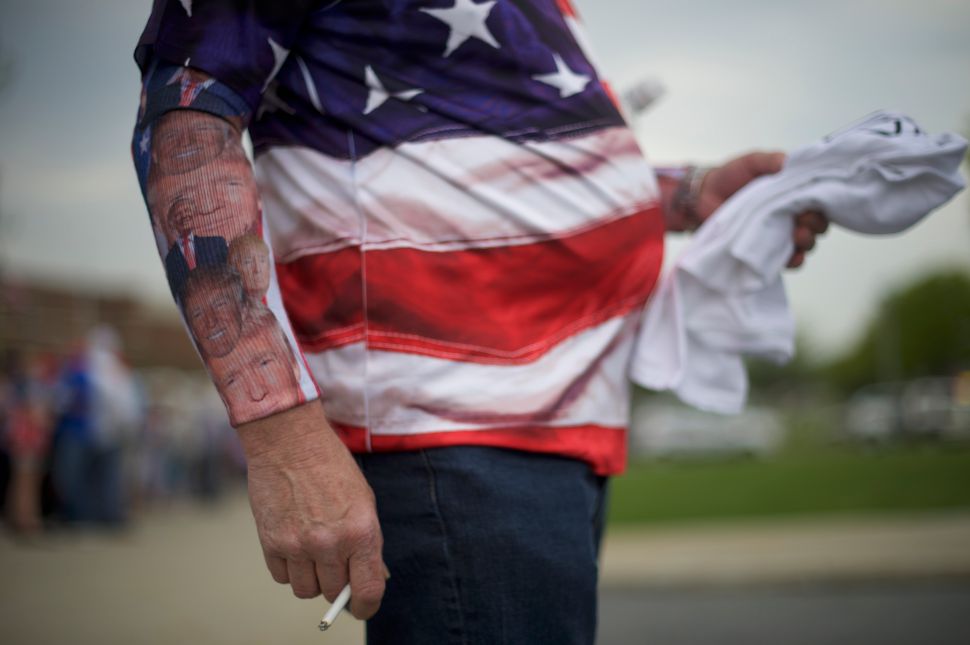