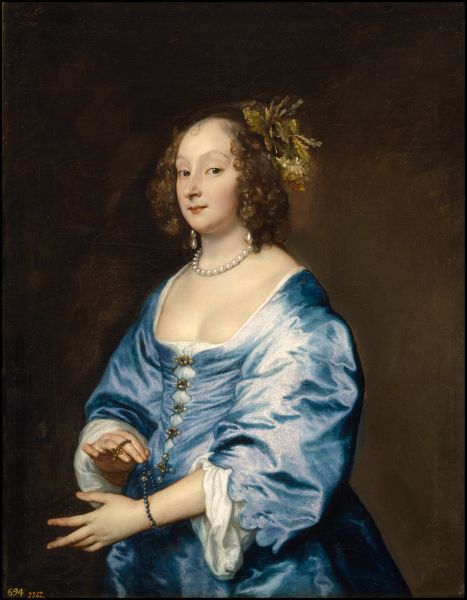 You won’t see a more dazzling demonstration of painterly virtuosity in New York this season.

Every epoch has at least one brilliant, pioneering artist who marks the era but dies far too young, leaving a vast and potent legacy. The 18th-century painter Antoine Watteau, for instance, was gone by age 36; the 19th century’s Vincent Van Gogh, an apparent suicide at 37; and in the 20th century, Jean-Michel Basquiat died at age 27 from a drug overdose. Yet these trailblazers continue to inspire artists around the world. Another legendary figure with a truncated career but centuries-long influence is the Flemish painter Anthony van Dyck (1599-1641). He made a powerful and lasting impact on the 17th century, and well beyond, before his untimely demise at age 42, following a brief and mysterious illness.

Unlike other artists whose fame was largely posthumous, van Dyck enjoyed international renown for two full decades before his death. Knighted by England’s King Charles I, one of his principal patrons, he was well aware of his exalted position in the European cultural life of his day. He is sometimes best remembered in art history as Peter Paul Rubens’s star pupil. However, van Dyck developed his own distinct approach to art. His work overall is rather cool and reserved compared with Rubens, and his relatively restrained use of the kind of bombastic allegory that Rubens favored, makes van Dyck seem closer in spirit to our present age. He brought a special kind of energy and élan to the Baroque period and forged a path in painting and drawing that future generations would follow, especially in the genre of portraiture. The relaxed, nonchalant poses of his sitters and his sensuous and succinct painting style were imitated by subsequent generations of artists and still seem relevant today. 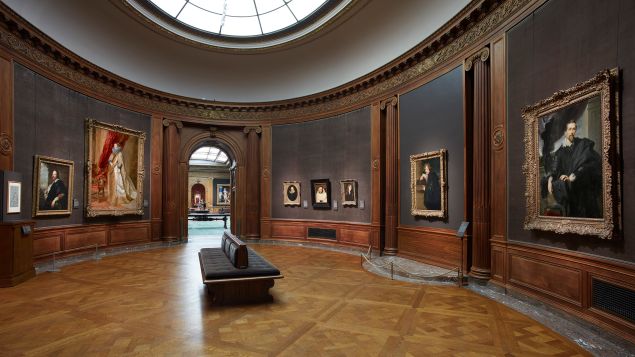 The Frick exhibit. Photo: Courtesy of the Frick

It is surprising then that, until now, there has been no comprehensive museum survey of van Dyck’s portraits. The Frick Collection in New York, however, is offering the first: “Van Dyck: The Anatomy of Portraiture,” a stunning exhibition of some 100 paintings, drawings and prints by the Flemish master on view through June 5.

Henry Clay Frick had a passion for van Dyck’s work and was an early U.S. collector of his portraits; the exhibition complements five outstanding subjects, including elegant women, such as the Genoese Noblewoman (1625-27) and Countess of Clanbrassil (ca. 1636), who are already at home at the Frick. The show is the first van Dyck museum exhibition of any kind in the U.S. in over two decades and will not travel. You are unlikely to see a more dazzling demonstration of painterly virtuosity, or draftsmanship expertise, in New York this season.

If you go, it is best to start the exhibition in the lower level, where visitors encounter several of the artist’s early self-portraits, including a small, vibrant oil study of his own head against a dark background (ca. 1613-15), painted when van Dyck was barely 15. The tousled red hair and piercing gaze of his hazel eyes convey a youthful exuberance and intelligence beyond his years. In later self-portraits, such as a wonderfully imposing composition (ca. 1620-21), he presents himself as a far worldlier and even haughty presence, donned in a velvet cape and casually leaning against a balustrade. By that time, van Dyck had completely absorbed the high-class tastes and mannerisms of his teacher and mentor, Rubens. A bit of a dandy, wearing the latest fashions and flashy bling, van Dyck easily gained access to the aristocratic circles that would provide him with endless portrait commissions from this moment in his career on.

He eventually rose in stature to become arguably the most sought-after portraitist of his time. An iconic and idealized painting of England’s king and queen in the exhibition, Charles I and Henrietta Maria Holding a Laurel Wreath (1632), leaves no doubt as to why that was the case. 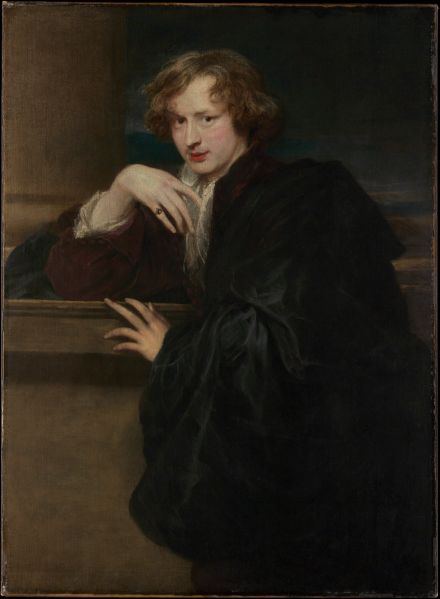 Born in Antwerp, in what is now Belgium, the seventh of 12 children in a fairly well-off family of silk merchants, van Dyck was something of a child prodigy and demonstrated artistic talent early on; at age 11 he apprenticed with the painter Hendrick van Balen before moving on to Rubens’s studio. Throughout his career, van Dyck showed a special sensitivity in his depictions of children. His mother’s early death, leaving a large brood in the care of his distracted and financially unstable father, must have given van Dyck an insight into the fears and plights of the very young, as several of the most moving works on view are portraits of children.

The Princesses Elizabeth and Anne, Daughters of Charles I (1637) is a gemlike oil study of the young children of the English king, whose apparent spontaneity at first seems to be the work of an Impressionist, albeit hundreds of years ahead of its time. The painting shows the slightly older Elizabeth embracing her baby sister with a look of care and compassion—an expression far beyond her years. Even more astonishing, a large canvas, Prince William of Orange and Mary, Princess Royal (1641), loaned by the Rijksmuseum, Amsterdam, depicts a solemn marriage union of the 13-year-old prince and his 9-year-old bride—one of the desperate nuptials-cum-political alliances that were common in the waning days of the European aristocracy. Van Dyck shows the dignified youngsters as young adults, without irony, wearing lavish wedding attire and gracefully holding hands.

The exhibition was organized by Stijn Alsteens, curator of prints and drawings at the Metropolitan Museum of Art, and Adam Eaker, assistant curator of Northern Baroque paintings at the Met, a former Frick Collection guest curator. One wonders why the show didn’t appear at the Met, but in some ways, the Frick is a more appropriate venue. It has just the right combination of intimate space for the drawings and grand salons that could recall the homes of some of Van Dyck’s well-heeled clients. Come for the paintings, stay for the atmosphere. 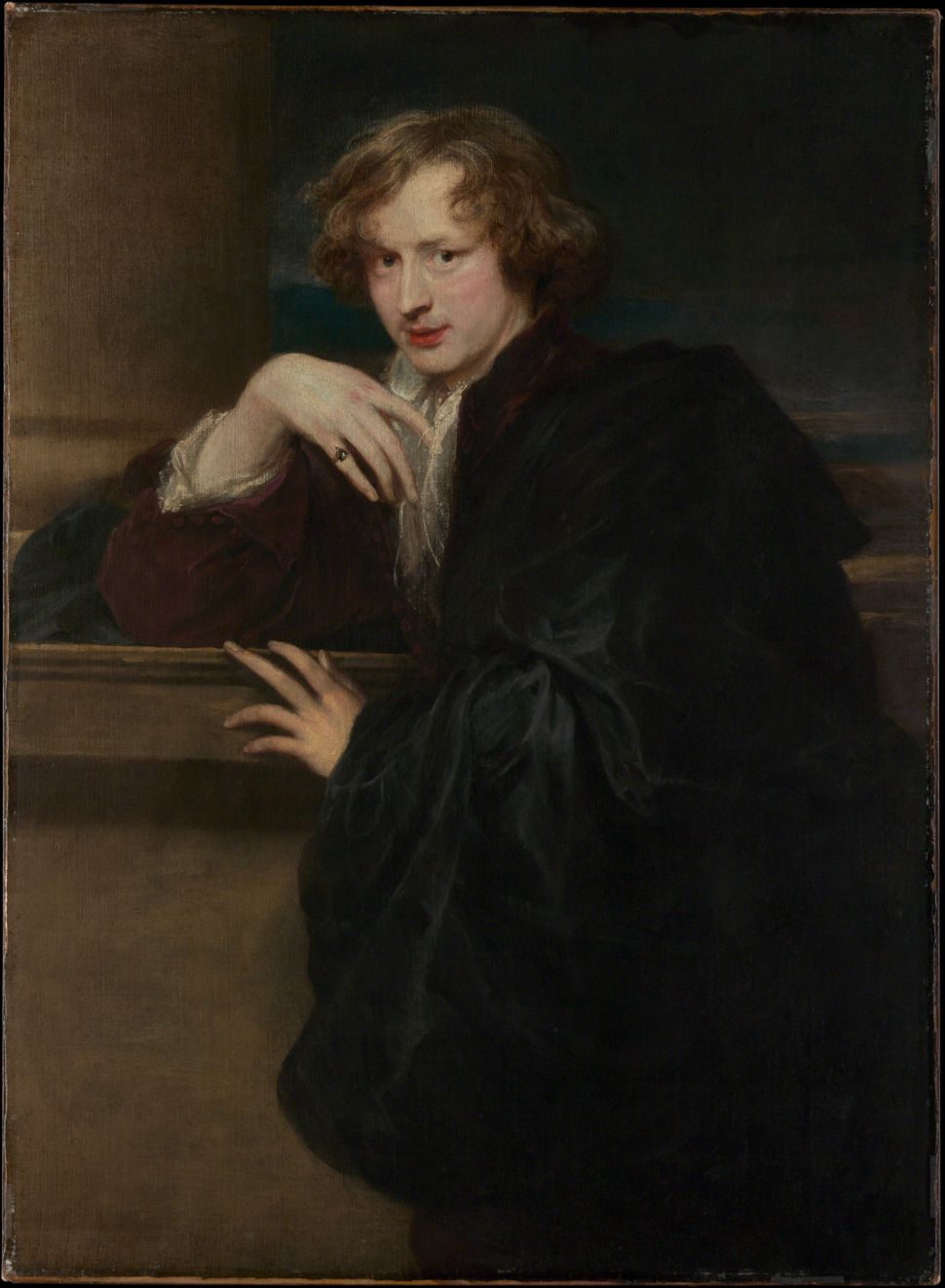