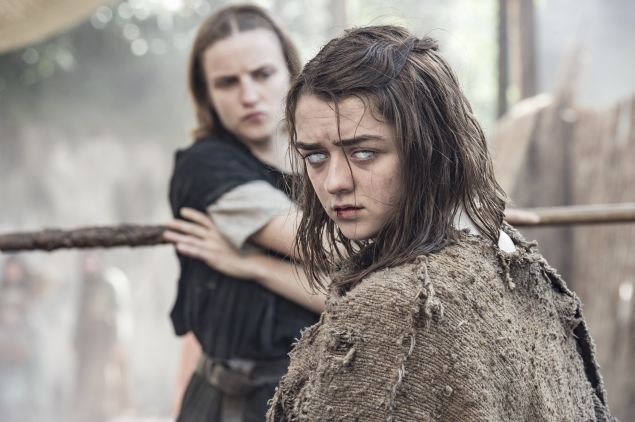 Pornography, if you weren’t aware, contains a large number of bare breasts. An enticing offer, for sure. But, as veteran actor Ian McShane will tell you, HBO’s Game of Thrones has “tits” AND “dragons.” According to Pornhub.com, the dragons make all the difference.

Cinemablend asked the popular porn-sharing site for its Thrones-related statistics and the results, like a Westerosi wedding, are both fascinating and uncomfortable. The month of April saw searches for Game of Thrones characters and parodies rise steadily, before peaking on premiere day (April 24) at 370% more than the average amount. That…is so much more searches for “Game of Thrones boob scene” than normal. 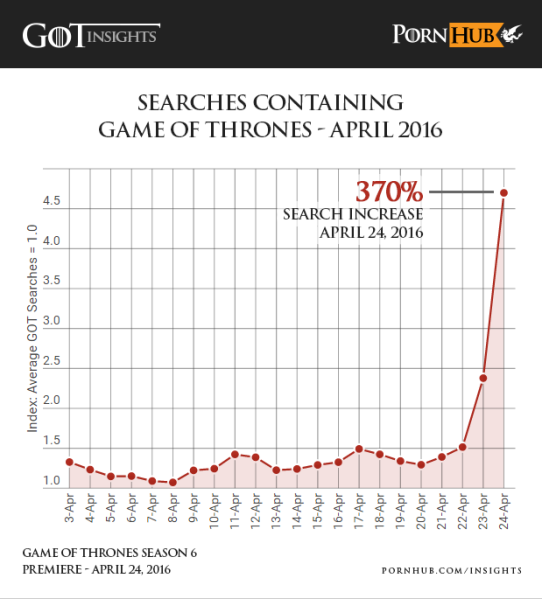 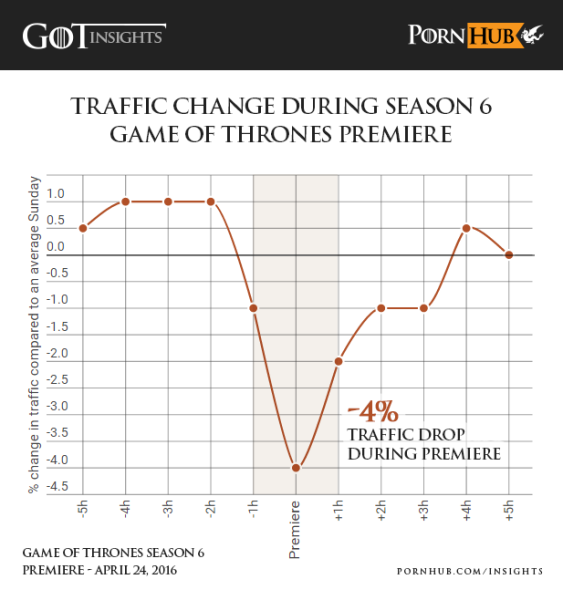 Storywise…if you watched the episode you know that Jon Snow, former Lord Commander of the Night’s Watch and walking Head & Shoulders campaign, is still very much a corpse. But it doesn’t seem permanent, almost can’t be, because everything from evidence to fan theories to ancient prophecies paint Jon as the Prince Who Was Promised, a hero to save us all from the approaching army of the undead. For this to be true, though, a lot of connections have to be made, not the least of which is Jon SNOW turning out to be Jon TARGARYEN. Should that come to pass, Jon would not only be a cousin to Daenerys across the Narrow Sea, he’d also (most likely) be one of the three heads of the dragon. Dragons in Game of Thrones, if you forgot, look like this. 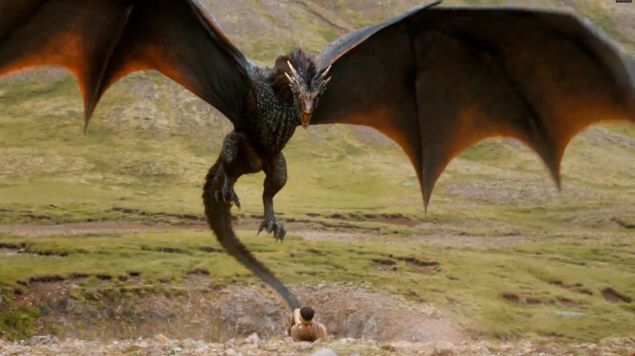 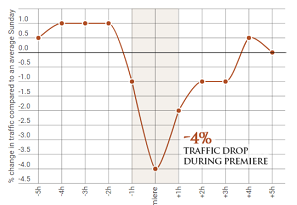 Well, that confirms it. All of it. Winter is coming, people. Just not Sunday nights between 9 and 10PM. 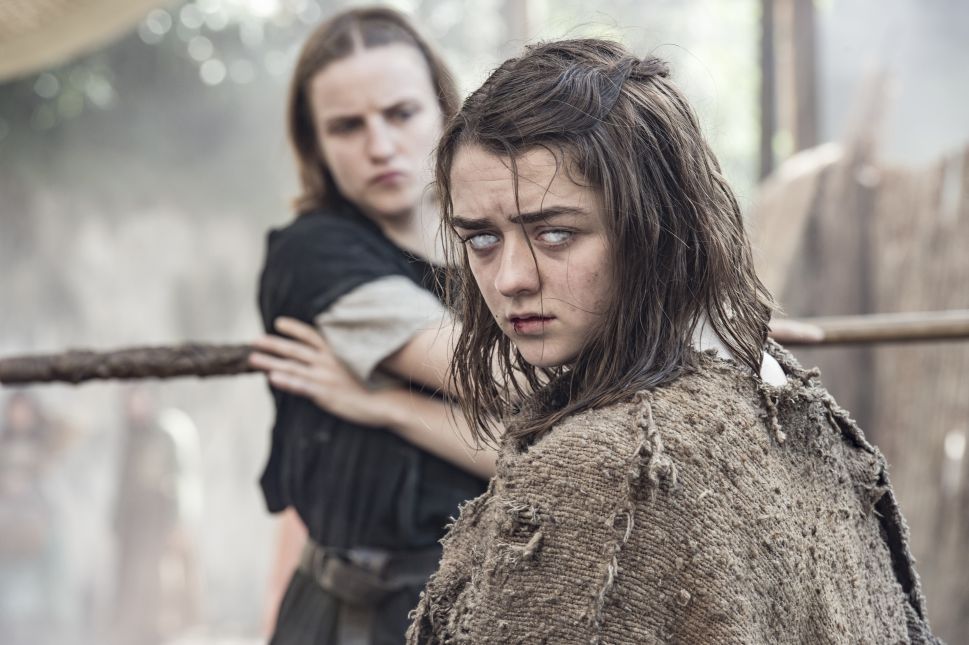