In an essay in The Wall Street Journal recently, Thomas C. Reed proposed that, to “stiffen the collective spines of our allies in this time of troubles,” American conservatives might think of advancing a military leader for president.

“It’s Eisenhower Time for Republicans” read the headline of Mr. Reed’s essay, in which the former U.S. Air Force secretary described the desperation of the anyone-but-Trump element in the GOP this way: “Republicans, contemplating an avalanche of Donald-detonated losses in the fall, dream of a savior emerging from the Cleveland convention.”

These murmurings and hopes might have begun with a small group of conservatives who have become enchanted by the idea of James Mattis, a retired U.S. Marine Corps general who last served as commander of U.S. Central Command, running for president. He is known as the “warrior monk” and is said to have carried with him during deployments a copy of Meditations, a classic tome of stoicism written by Roman emperor Marcus Aurelius. Mr. Mattis has routinely batted down the idea of running for the White House, and said last week he believes that calls for him to do so are symptomatic of a nation that has lost its way. “No, I haven’t given any thought to it,” Mr. Mattis remarked during an appearance at the Center for Strategic and International Studies. “It’s like America’s lost confidence and lost faith and rational thought.”

Stanley McChrystal, the retired U.S. Army general who was head of the Special Operations Command and later sacked as U.S. commander in Afghanistan for issuing critical comments about Vice President Biden, has also been mentioned. But Mr. McChrystal’s desire to reinstate the draft would not get him much support among Millennials.

Mr. Reed writes that his first choice would be retired U.S. Navy Adm. William McRaven, former head of the U.S. Special Operations Command and architect of the Navy SEAL raid that took down Osama bin Laden. He’d be my first choice as well. Talk of a McRaven candidacy has been fueled in part by the rumor, as the The Tampa Tribune reported in June 2014, that Mr. McRaven retired from the Navy and took a position as chancellor of the University of Texas system to prepare for a run as vice president alongside presumed Democratic nominee Hillary Clinton. It’s a career move, Mr. Reed pointed out, that parallels that of former President Dwight D. Eisenhower, who served as president of Columbia University between his celebrated military career and debut as a presidential candidate. Rumors about Mr. McRaven’s future are many. “I’ve heard all the rumors,” Vice Admiral Joe McGuire, a close friend of Mr. McRaven’s for almost 40 years, told The Tampa Tribune. The newspaper noted those rumors range “from being named the next chairman of the Joint Chiefs of Staff to running for office as either governor of Texas or even Hillary Clinton’s veep.”

There was a time when I never could have imagined voting for Ms. Clinton, but I began to move tentatively toward the ’s edge after reading former Defense Secretary Robert M. Gates’ Duty: Memoirs of a Secretary at War. To my surprise, he described Ms. Clinton walking out of former President Clinton’s shadow, and showing that she was an exemplary colleague. “She was a terrific colleague and a highly valued one—not least for her sense of humor,” he wrote.

Mr. McRaven has also lauded Ms. Clinton and had high praise for President Obama’s national security team, including those in place at the time of the Bin Laden raid, as well as Mr. Gates, according to a report in POLITICO. But just suppose for a second—suppose Ms. Clinton enters the general election campaign in the fall with a different Bill in tow: Bill McRaven, a national hero unlike any other, admired by young minds after the greatest commencement speech ever at UT and a military hero of the highest caliber? His presence on the ticket would neutralize many of the unfavorable perceptions surrounding the former first lady and Secretary of State.

Yet the celebrated warrior has said it’s a no-go. “I am not running with Hillary,” Mr. McRaven said in response to the rumors back in 2014, when he was signing on at UT, according to The Daily Beast. But here it is 2016 and almost May at that, just months before the conventions, and the suggestion of Mr. McRaven for highest office advances tenaciously, here and elsewhere. I think he’d make a great president or a great VP for Ms. Clinton, much like retired general David Petraeus, a Republican and former Central Intelligence Agency director, would make a great choice for VP for any Republican who rises above the mayhem this summer in Cleveland—or a great choice for president if the party splits in two at the convention. Mr. Petraeus was sentenced to two years probation and ordered to pay a $100,000 fine for sharing classified information with his biographer. But if Ms. Clinton is to be let off the hook for her security breaches, which were far worse than Mr. Petraeus’—and she will be—then Mr. Petraeus is good to go as well.

The idea of a military man or woman running for VP or for president is a good idea at this period of American history. It would emphasize that one of the primary purposes of a president is to be commander of troops in times of war or threats to national security. And it might be observed that historical cycles that end in chaos are generally followed by ones of strength, with a military officer leading the new beginning. America ascended under military-political leaders after three cycles of national tumult: the Revolution/Washington, the Civil War/Lincoln/Johnson/Grant, WWII/Truman/Eisenhower. We are in our own cycle of chaos, and this is the year of maximum chaos. This summer is sure to bring it to a head. But this summer will also be the time when the “savior” of people’s dreams emerges. Or not. 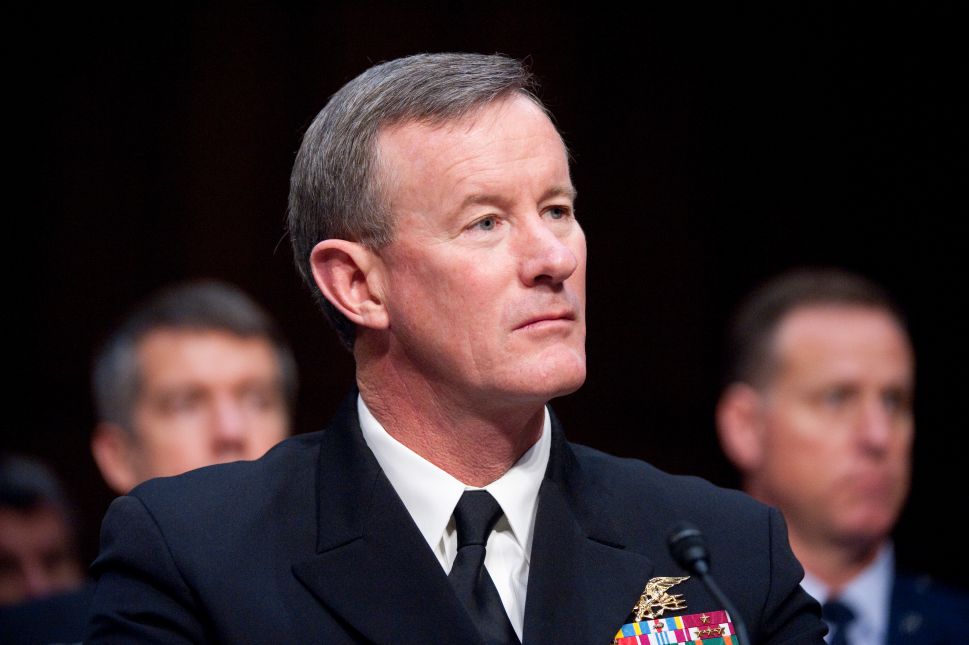