New York City’s minimum wage will increase to $15 by the end of 2018, Governor Andrew Cuomo and other state officials have announced. The decision comes more than three years after New York-based fast-food workers started the Fight for $15 movement, which soon became a national campaign. As part of the state budget agreement, areas surrounding the city on Long Island and in Westchester County will also reach a $15 minimum wage, but will have to wait almost six years before this happens. The rest of the state has been promised a $12.50 minimum wage by 2021. (New York Times)

The board of a Central Park West condo is suing the residents of a first floor apartment for making the building reek of marijuana smoke. Josefina Henriquez-Berman, a 65-year-old who lives in the West 100th street building with her 33-year-old son, has been fined for marijuana smoke and loud noises 20 times since 2011. The board is asking for the mother/son duo to either stop smoking or get better air filtration in their apartment, with one resident saying, “Sometimes it feels like you’re coming off the elevators and walking into a scene out of a Cheech & Chong movie.” (New York Post)

A star volleyball player in the Bronx who tried to join the boys’ varsity team at her high school was shot down by the Public School Athletic League, despite receiving the support of the team’s coach and players. Anyela Aquino, who has ambitions of playing for a top Division 1 program in college, hoped the varsity team would offer her a new challenge. PSAL rules seemed to allow this, but the league informed Ms. Aquino she would not be able to play on the team earlier this month, but did not give a clear reason why. However, for the rest of the school year, she will be able to practice with the boys’ team. (Daily News)

A woman who told police she was slashed by a man in the Financial District yesterday evening confessed to fabricating her story–the two inch cut on her face was actually self-inflicted. The 20 year old woman, of Middle Eastern descent, reported that she had been attacked near Wall Street around 4;20 PM Thursday by a man who called her a terrorist and then quickly fled. Investigators were immediately suspicious of the woman’s account, and on Friday morning she recanted her entire story. She is currently at Bellevue Hospital undergoing psychological evaluation. (DNAinfo)

New York is no stranger to large-scale April Fool’s Day pranks. In 2000, CNN and other television news stations received a press release alerting them of the 15th Annual NYC April Fools Day Parade, allegedly starting at noon the intersection of 59th Street and Fifth Avenue. When they arrived, it turned out the parade was nonexistent and the release had been from “media prankster” Joey Skaggs. On April 1, 1985, Sports Illustrated ran a profile of Sidd Finch, a new pitcher for the Mets who could allegedly throw a baseball at a speed of 168 mph. It was soon discovered, however, that this pitcher was the creation of author, George Plimpton, who had written the piece in honor of the holiday. (DNAinfo) 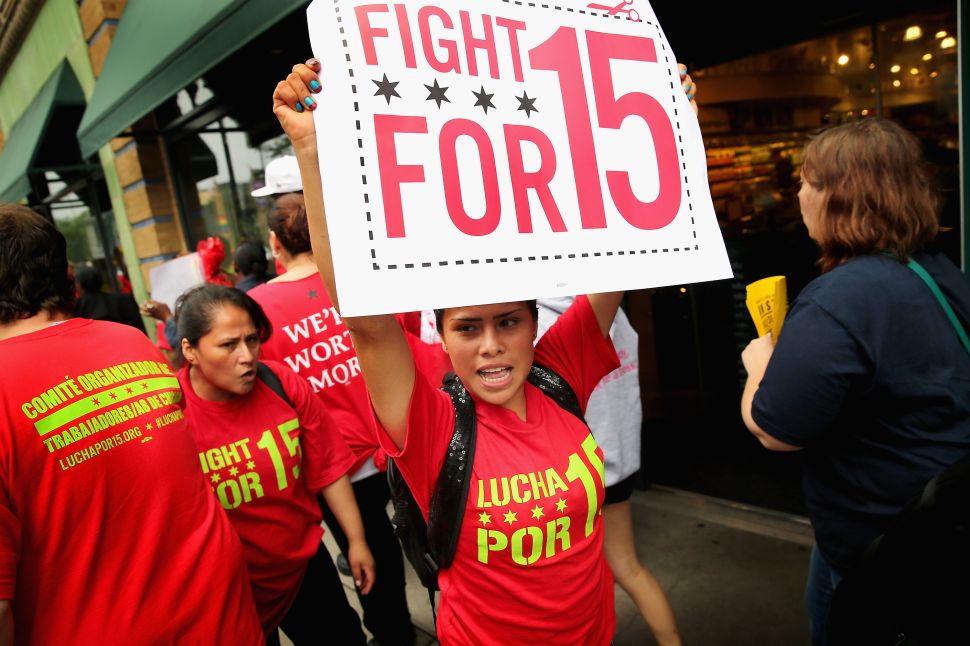