A new ride-hailing app made exclusively for women that was set to launch in Boston yesterday, will now launch nationwide this fall after being met with overwhelming demand from users.

While the company is driven by women, for women, former Uber driver Michael Pelletz is the mastermind behind the company. After driving an intoxicated male passenger just nine weeks ago, Mr. Pelletz realized why his wife had been nervous to also become an Uber driver. From there, the idea was born.

“What we’re going to do is take it a little slow, because as a former Uber driver I knew its app would crash all the time. This is way too important for safety and security to do that,” Mr. Pelletz told the Observer. “We’re going to make sure that our technology can meet the demand.”

The app, formerly named Chariot for Women, has received almost 30,000 submissions in a contest for a name. Today, the company announced it would be now called SafeHer.

According to SafeHer’s website states, a women only car service is the untapped market that Uber and Lyft neglected. However, a similar app known as SheRides (formally SheTaxis) attempted to get off the ground in 2014. The app, which currently isn’t available, is supposed to re-launch this summer.

Like SafeHer, SheRides was marketed as exclusively for and driven by women, come this summer, however, that will no longer be the case—men will be able to both drive and ride in their ride-sharing service. The change comes after the owners of SheRides faced steep legal fees after activists and male drivers threatened to sue, according to Arkansas Online.

SafeHer is already facing similar criticism that it may be illegal. According to the Boston Globe, civil rights lawyers say that the new service would likely conflict with Massachusetts anti-discrimation laws.

However, Mr. Pelletz told the Observer that his legal team hasn’t faced any challenges yet, “Hopefully we won’t, but if we do, we’d love to go in front of the Supreme Court and actually try and change some laws, because there is such a need for that.”

One of SafeHer’s features is a safe word that is sent between drivers and users and on the app. “As a former Uber driver, I saw that all the time, where the women would just jump in, and it’s not even their cars,” Mr. Pelletz explained.

In terms of cost, Mr. Pelletz said that their prices will be “a few pennies less” than Uber and Lyft. Two percent of each fare will also go back to a charity of the passenger’s choice.And for the SafeHer drivers, each Tax Day, the top one percent of drivers nationwide will receive their own Tesla.

“It’s resonating and the real reason it’s resonating is because there’s unfortunately such a need for what we’re doing,” Mr. Pelletz said. “It’s all just about keeping women safe and empowering them.”

Whether SafeHer will be able to stay on the roads this fall or face the same legal repercussions as SheHails is unknown. 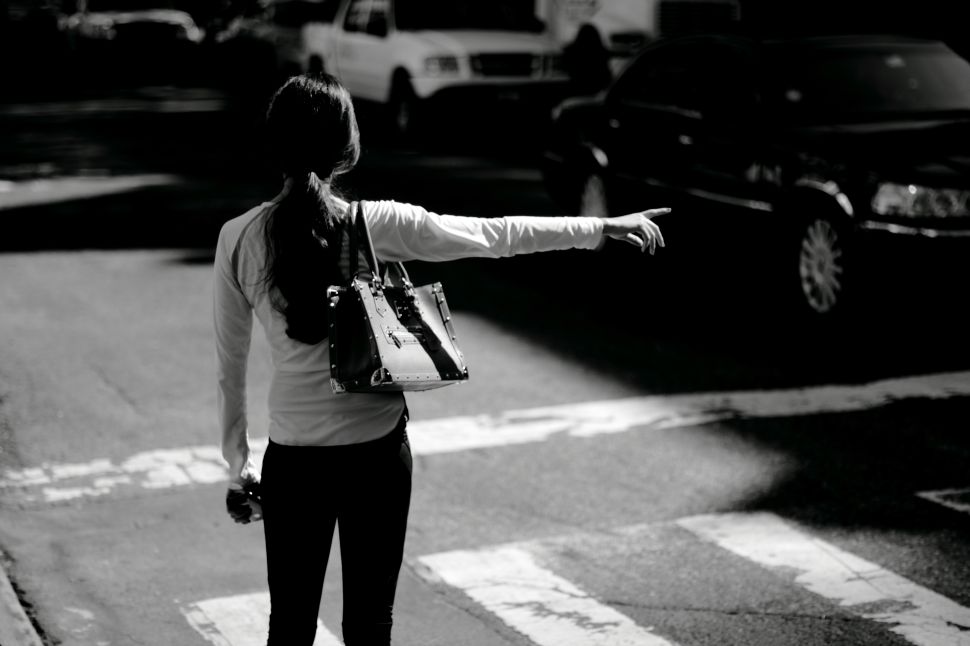