For a while back in 2010, we were all immersed in our phones, completely addicted to Angry Birds. Now, the game’s creator, Rovio, has partnered with a leading augmented reality firm as well as big brands like McDonald’s, Lego and H&M to bring the game off the screen and into the world around us.

Powered by AR firm Zappar, Angry Birds fans around the globe can now interact with the most popular mobile game of all time in a whole new way. By scanning the custom augmented reality “BirdCodes” released today in stores and on merchandise packaging, they can unlock mini games, power boosts and other special content in the Angry Birds Action! app.

“This is the biggest and most truly integrated augmented reality project to date, with BirdCodes appearing on apparel, toys, cups, POS, and even candy dispensers across the world,” Caspar Thykier, co-founder and CEO of Zappar, said in a news release.

Partners include Lego, McDonald’s, Walmart, H&M, PEZ and Peperami along with others in over 50 markets across the world. At McDonald’s, you can scan your tray liner, clamshell box, drinks cup or Happy Meals box to launch a “Whack-A-Pig” augmented reality mini-game where the pigs pop out of the tray liner itself. BirdCodes found in Walmart will allow users to pose for photos with their favorite characters from the upcoming Angry Birds movie and release exclusive in-game power-ups. H&M has also created a range of Angry Birds apparel and accessories featuring BirdCodes that can also be scanned to launch mini-games.

Check out the video to see how augmented reality is being used to bring the birds to life: 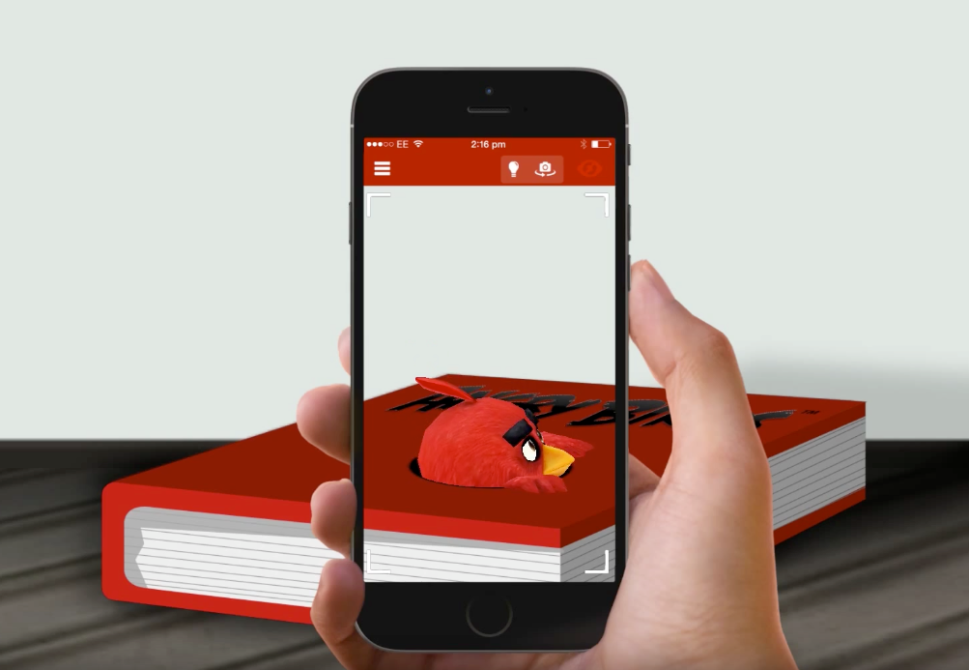