But when he had the Democratic Party line in Bloomfield he was all in for Hillary Clinton, as a friendly reader early today reminded PolitickerNJ.

A late scramble among party power players resulted in Lopez getting booted off the line, where he will run anyway against incumbent Mayor Mike Venezia.

Lopez backers are already reveling in a newfound bond with upstart presidential candidate Bernie Sanders, but the councilman’s detractors are howling about it as they circulate the above picture of a local campaign poster, complete with Dallas Cowboy-like helmet stars and the slogan, “Hillary and Joe: Let’s Make History Together.” 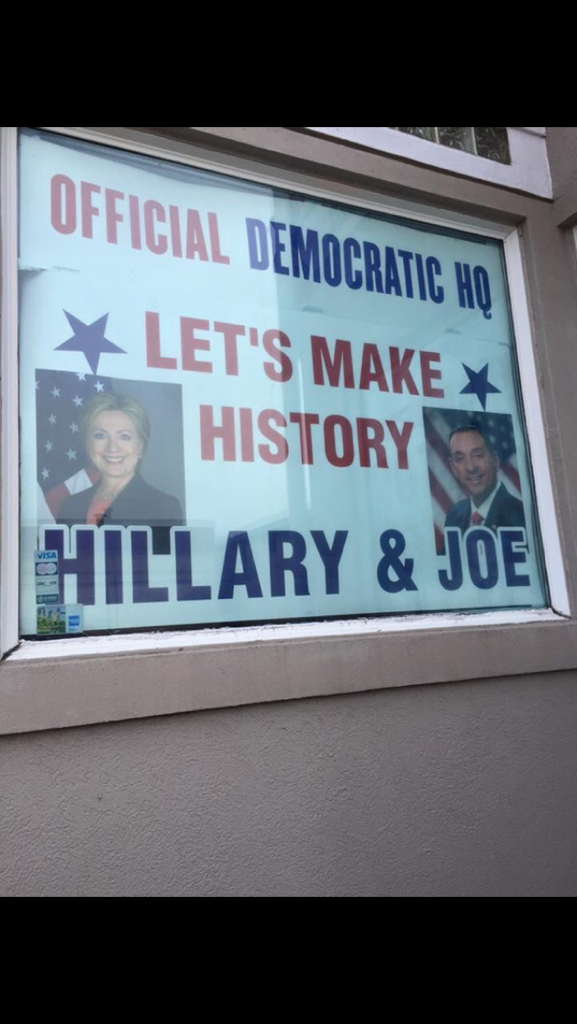