CHERRY HILL — With Hillary Clinton and Bernie Sanders still fighting it out in the Democratic presidential primary, U.S. Representative Donald Norcross was still undeclared as his reelection campaign kicked off Wednesday. Assemblyman John Wisniewski (D-19), chairman of Sanders’ New Jersey campaign, and Democratic Vice-Chairwoman Lizette Delgado-Pelanco, a surrogate for Clinton, spoke at the kick-off. Delgado-Pelanco came out strong for both Norcross and the former Secretary of State.

“Hillary Clinton will help build upon the legacy that President Obama has left, and she will also stop Republicans from undoing all of this president’s wonderful accomplishments,” Delgado-Pelanco said. “She will also protect and build our Obamacare.”

Norcross, for his part, said he would be just as happy with Clinton or Sanders as the nominee.

“On the Democrat side what you see is, there’s healthy debate. I think that’s good, and we need to debate the issues,” he said. “There are many times different solutions to the same problem, and that’s what I think you’re hearing both from Bernie Sanders and Hillary Clinton. I think each of them in their own right would make an excellent president.”

Wisniewski did not mention Sanders in his remarks, instead praising Norcross’ record as a former Assembly colleague and labor leader. Asked about Sanders’ coalition in New Jersey and which county-level candidates might help get the word out before June’s primary, Wisniewski said that many of those candidacies are formalities to get Sanders a more prominent position on county ballots. Sanders has his work cut out for him in New Jersey, where Clinton leads with 55 percent of respondents to Sanders’ 32 percent in the latest Rutgers-Eagleton poll.

“You have to have a slate of county officers, so in nineteen counties, the Sanders campaign has individuals running as freeholders or in some cases as constitutional officers. But only for the purpose of being eligible to get a position on the ballot.”

Norcross’ opponent, 25 year-old Sanders supporter Alex Law, criticized Wisniewski for treating county candidates as an afterthought by phone that same day. Law has latched on to Sanders’ momentum among young voters and white progressives in his bid against Norcross for the CD1 seat. Law argued that the Sanders campaign here, under Wisniewski’s leadership, has too often shied away from evaluating Norcross’ record as a centrist with as many ties to the business community as the labor movement.

“When you look at how organized and how well Bernie’s ground game has been in other states, I think it’s been disappointing for a lot of folks here in New Jersey who want to see him do well in our state,” Law said.

Sanders will need a radical reconfiguration in congress in order for ambitious plans for single-payer healthcare, student debt relief and re-regulation of banks to become more than campaign promises. That change, Wisniewski said, will come by eroding Republicans’ majority to prevent obstruction in the House and Senate — not by pitting Democrats against one another.

“I don’t think Donald Norcross is a problem for Senator Sanders, I think Scott Garret is and Frank LoBiondo and a lot of Republicans who really don’t even see the benefit of considering other points of view,” Wisniewski said. “Those are the problems. And when we talk about President Sanders and we talk about him moving an agenda through, the problem isn’t going to be because of any of our incumbent Democrats whether it’s Frank Pallone, Bill Pascrell or Donald Norcross. 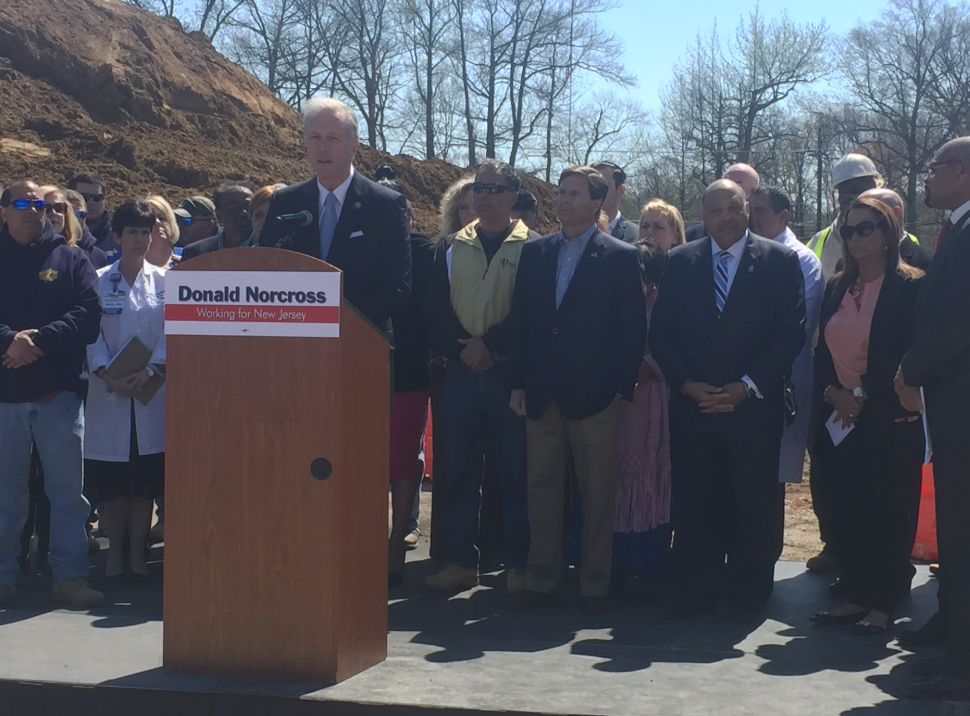