Prieto’s Atlantic City legislation, A3614, passed the Assembly Judiciary Committee yesterday with unanimous, bipartisan support. Now, Kean has said that he will likely join committee members Chris Brown (R-2) and Erik Peterson (R-23) and back Prieto’s version of the takeover legislation. Prieto’s legislation was introduced as an alternative to the Senate President Steve Sweeney (D-3) bills already passed in the Senate. The Senate bills have the support of Republican Governor Chris Christie.

“My good friend and colleague Chris Brown who represents Atlantic City and is on the ground there doing the hard work to try to make this city come back has been a wealth of information,” Kean said. “Right now I am inclined to support the Prieto bill.”

A source has told PolitickerNJ that Brown is using his influence and approaching other members of the caucus in an effort to increase support for Prieto’s bill.

According to Kean, he believes that Republicans in the Assembly are likely to fall into one of three camps when looking at the AC takeover: those who think Atlantic City should be left to default, those who are unsure of which bill to support and those who want either Prieto’s or Senate President Steve Sweeney’s bill to move forward. Kean also said that, while he isn’t sure exactly how many of his fellow Republicans will be backing Prieto’s bill, he believes there will be several who do.

“It is my understanding from what I am hearing—and I didn’t hear it directly from the Speaker—that the Sweeney bill is not going to get posted in our house. It is only going to be the Speakers bill,” Kean said.

While Kean and the governor have had some disagreements in the past, his defection to Team Prieto could be indicative that the governor’s grasp on the Republican caucus is slipping somewhat as the clock ticks to the end of his term.

Assemblyman Jay Webber (R-26) has also gone on the record in opposition of Sweeney’s legislation. 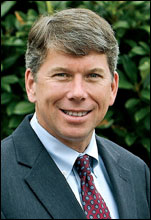