Computer nerds and theater lovers came together last week at the Broadway Hackathon, held at the New York Public Library for the Performing Arts. During the event, co-sponsored by the library and Broadway investing firm Masie Productions, teams developed prototypes for apps that could help theater professionals meet their needs.

“Theater practitioners have always been innovators and have frequently helped to define new technologies,” said Doug Reside, curator of the Billy Rose Theatre Division at the library.

The day’s work began in the Astor Gallery, a shrine to Shakespeare lined with frilly costumes from productions of the Bard’s work where groups of developers clad in jeans and baseball caps huddled over laptops trading ideas.

Ian Ingram, a computer programmer and aspiring actor, said that the mundane, time-consuming work of running lines was the inspiration for his Digital Acting Partner, a computer program that allows users to record themselves reading their lines, while either another actor or a computerized voice (similar to Amazon’s Alexa) plays the other parts.

“You can hear the blocking and hear the play evolving,” Mr. Ingram said. “It gives you pace and tempo.”

Once they finalized their projects, the four teams moved into the library’s spacious, wood-paneled Bruno Walter Auditorium for a public showcase of their work.

Chuck Pierce, a front end developer and Broadway fan, proposed with his partners a still unnamed web platform where aspiring playwrights can work together on scripts with other artists so they can be produced and performed.

“It’s a one-stop shop for theater productions, from conception to fruition,” Mr. Pierce said. “This will have an imprint on the community itself.”

Other hackers focused on education. Jim Glaub, a 15-year veteran of Broadway PR, helped develop Stage Mentor, which uses a selective algorithm to find ideal advisers for aspiring theater professionals. Mr. Glaub joked that the app had “a little touch of Tinder.”

The final project was a theater history database.

After the presentations, event organizers reflected on the day.

“There’s no reason hackers and Broadway people can’t come together,” said Elliott Masie, a Tony-winning producer of Kinky Boots and CEO and lead investor at Masie.

Indeed, when you can fulfill your theatrical needs at the touch of a button, all the world truly is a stage. 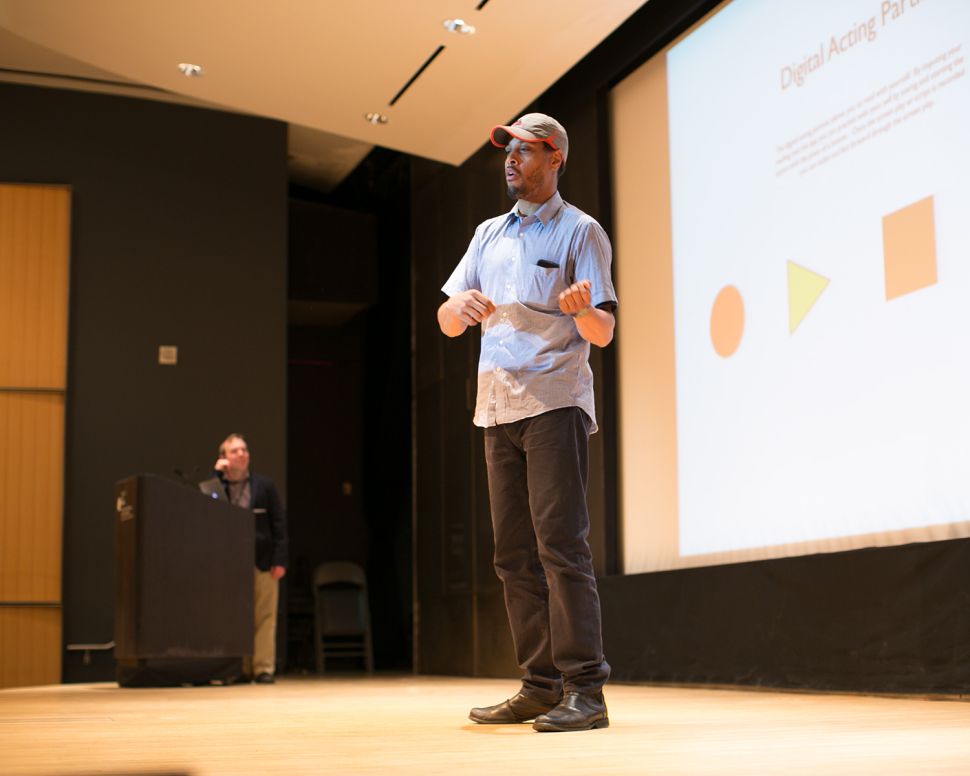