Until now, Hewlett Packard has been Silicon Valley’s pretty much undisputed champion of serial mismanagement. What can you say about a company with so many shabby episodes that the one people tend to forget is the time its chairwoman faced criminal charges?

But there’s a new challenger for the title: Yahoo, which is facing Armageddon in the form of bids, due today, for its core businesses. Verizon (which already owns AOL), the U.K.’s Daily Mail and various investment firms are rumored among the potential suitors, with companies like AT&T, Microsoft, Google and SoftBank (which controls Yahoo Japan) hanging around the periphery of the process.

No one can say for sure what will come next, but it’s entirely possible it will be the dismantling of the once-dominant, already hollowed-out Web portal. If this is indeed the end of Yahoo as we’ve known it, autopsies are likely to pinpoint the cause of death as “murder by leadership.”

Since it went public in 1996, Yahoo has had five-and-a-half chief executive officers (not counting two interim CEOs). Of those, only the first—Tim Koogle—can be counted a success; though Mr. Koogle left his job at a down time for the company, in retrospect that had more to do with the bursting of the initial Internet bubble than with his own failings.

Since then, it’s been a wild ride, mostly downward, as a succession of managers grappled with and generally failed to adequately answer the existential question of whether Yahoo—with its hundreds of millions of users and widely visited sports, finance and other sites—was a technology company that happened to also create and house content, or a media company that also happened to provide email, search and other online services.

Consider the roster of CEOs since Mr. Koogle stepped down in 2001:

There’s an old saying that when you have a hammer, every problem looks like a nail. Terry Semel, CEO from 2001 to 2007, was an Old Media guy, the celebrated former co-chief of Warner Bros., who brought in other media types and invested in ramping up content production, even opening a Hollywood—OK, Santa Monica—media hub.

Meanwhile, Google and Facebook were growing into the powerhouses that would eventually dislodge Yahoo as the preeminent player on the Web. There have been reports for years that Mr. Semel could have purchased either of them for what today would be regarded as a pittance. The truth is probably murkier—but he certainly did little to blunt the threats they eventually became.

Several generations of Yahoo board members should be ashamed.

Having the company co-founder step in to run things has worked well at Google (now Alphabet). At Yahoo, not so much. Jerry Yang’s tenure as CEO, from 2007 to 2009, will forever be remembered for his handling of Microsoft’s unsolicited offer to buy the company. Steve Ballmer was willing to pay a rich 62 percent premium over Yahoo’s market capitalization the day before the offer was announced. Mr. Yang fought it off, then saw the value of the company cut in half in little more than a year. Oops.

I’ve always thought former Autodesk CEO Carol Bartz, who took over at Yahoo in 2009, got a lot of unfair blame. She was dealt an exceedingly weak hand, with Yahoo losing market share in search to Google above it and Microsoft’s Bing below and few apparent options to reverse the trend.

Her answer was to essentially outsource search to Microsoft. But the deal failed to generate the “boatloads of money” she had imprudently led investors to expect, and with Yahoo’s advertising business in freefall, she was, as she publicly announced, “fired over the phone” in 2011. At the very least, she left behind this epic video clip of her telling TechCrunch founder Michael Arrington to fuck off. On stage. At his own conference.

Her successor, former PayPal executive Scott Thompson, lasted a mere 130 days in the job before he was done in by a controversy, fanned by an activist investor, over whether his claimed academic credentials were accurate. He now runs the e-commerce site ShopRunner. Could he have been the one to turn around Yahoo? Put it this way: Unlike most of the others, there’s no evidence he couldn’t.

That brings us to the incumbent, Marissa Mayer. She joined from Google with a penchant for attracting dazzling press coverage—try searching the phrase “gorgeously geeky Googler” if you don’t believe me—and a reputation for being smart and hard-working, but also short on the managerial and leadership skills needed to restore morale and reverse the company’s downward spiral.

In four years, she’s done little to revise that assessment. She made a big early splash, buying the blogging site Tumblr for $1.1 billion, luring media celebrities like Katie Couric and former New York Times tech columnist David Pogue, and launching a series of “digital magazines.” But the company has since written down its Tumblr investment and shuttered many of the magazines, while technology investments in mobile search and elsewhere have yet to pay meaningful dividends.

It’s unfair to lay Yahoo’s problems at Ms. Mayer’s feet; each CEO has inherited a weaker company than his or her predecessor. What you can say, without dispute, is that none of them was the right person to fix the problems. And for that, several generations of Yahoo board members should be ashamed. 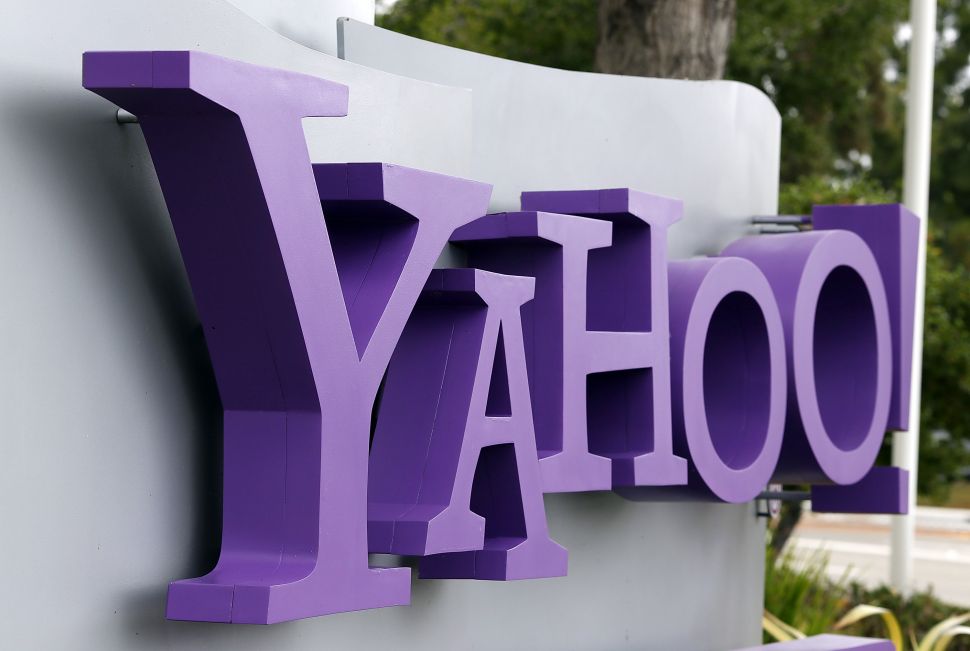