In an interview with Politico reporter Glenn Thrush after last week’s New York Primary, a senior Clinton aide reportedly used profane language with regards to Bernie Sanders. Such disrespect has been carried out not only by Hillary Clinton’s campaign, but by the Democratic National Committee itself. Since the beginning of the Democratic Primary, the attitude has seemed to be, “How dare Mr. Sanders challenge Ms. Clinton?” This complete disregard of democracy has manifested over and over again—from the Democratic National Committee’s overt favoritism for Ms. Clinton to rampant reports of voter suppression across the country throughout the primaries.

Closed primaries—although legal but wildly undemocratic—are the most impactful methods of voter suppression. At beginning of April, over 430,000 voters in New York were registered Independents and over 2.2 million voters left their party affiliations blank—and none of them were allowed to vote in the closed New York primaries. To make matters worse, only 1.7 million of the roughly 5.2 million registered Democrats in the state cast a ballot. The DNC should be embarrassed of low voter turnouts in New York and across the country, and instead of closing primaries to shield Establishment favorites, Democrats should encourage disenfranchised voters and Independents to participate. In short, the Democratic Party has deterred voting in the primaries to insulate their preferred candidate from the challenges posed by Mr. Sanders’ campaign.

“Party leaders (again, that’s code for Hillary supporters) have seemingly hosted fewer voter registration drives,” wrote Shaun King in a February 2016 New York Daily News article. “Doing so, would, in essence, be drives for Bernie Sanders. In some cases, party leaders are just skipping them altogether in many states and at college campuses.”

A 2015 Gallup poll found 43 percent of Americans identify politically as Independent, and it is likely that the Democratic and Republican primaries only further discourage these voters from affiliating with either party. The presidency will largely be predicated on who can court the most Independent voters, and Ms. Clinton faces an uphill battle. Many disenfranchised Democrats and Independent voters will either write in Mr. Sanders’ name in November, or vote for Green Party candidate Jill Stein—who more closely resembles the campaign platform of Mr. Sanders than Ms. Clinton, and who received over 500,000 votes in 2012.

In an interview with Grist in early March, Ms. Stein said, “You can’t really have a revolutionary campaign inside a counter-revolutionary party.” Many of Mr. Sanders’ supporters share this sentiment, and it could cost Democrats the 2016 presidential election, or give rise to a third political party. From the eruption of the Republican Tea Party in the wake of president Barack Obama’s 2008 election, to the rise of the Occupy Wall Street movement following the 2008 economic recession, thousands of people who once identified as Republicans and Democrats are flirting with the idea of supporting a third party candidate.

A Gallup poll conducted in 2014 found 58 percent of Americans were in favor of a third political party due to the ineptitude of the Republican and Democratic Parties, and according to recent NBC and ABC polls, over one-third of voters in both political parties would consider supporting a third-party candidate. One thing is for sure: The thousands of Sanders supporters will refuse to surrender the fight to get big money out of politics just to prevent a Republican president. 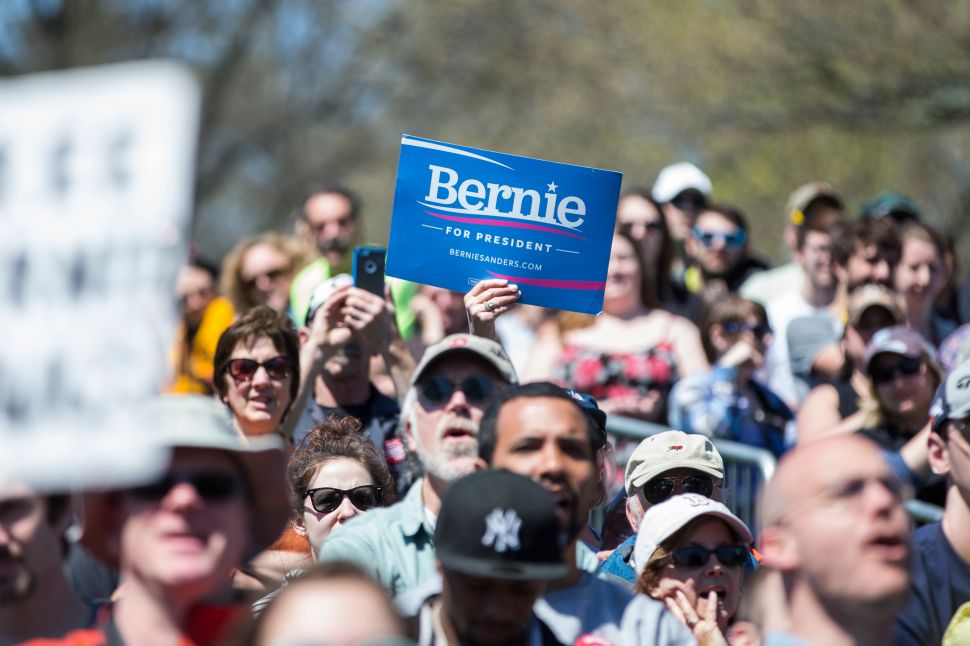