Sen. Bernie Sanders of Vermont picked up the endorsement of the union representing New York City’s transportation workers today, adding support that he hopes will help him upset Hillary Clinton in New York next week.

Mr. Sanders, appearing at the Transport Workers Union Local 100’s Brooklyn headquarters, said he was grateful for the backing of the union, which represents about 40,000 workers, and called for America to have the “best mass transportation system” in the world. He implied only his insurgent candidacy could make that happen.

“It is too late for the same-old establishment politics. We need to stand to together to take on the big money interests,” Mr. Sanders said.

John Samuelsen, the president of TWU, said he was backing the Vermont independent because TWU is a “blue collar” union willing to stand up to the “powers that be.”

“Brothers and sisters, there is no doubt that America needs a jolt, New York needs a jolt, working families need a jolt and business as usual politics are not gonna give us the jolt that we need,” he said.

TWU is an influential city union, though it’s not known for swaying elections on the scale of the larger unions that have backed Ms. Clinton, the Democratic front-runner, like 1199 SEIU. TWU joins the Communication Workers of America and the New York States Nurses Association in backing Mr. Sanders, a self-described democratic socialist and fierce defender of organized labor.

For some political observers, TWU’s decision was a surprise, and could be interpreted as a rebuke of Ms. Clinton. The transit union has not hesitated to back establishment-friendly Democrats in the past, siding with Gov. Andrew Cuomo, a Clinton supporter, in a dispute over transit funding with Mayor Bill de Blasio, a liberal Democrat and more reluctant Clinton backer, last year.

The Democratic primary will be held April 19. 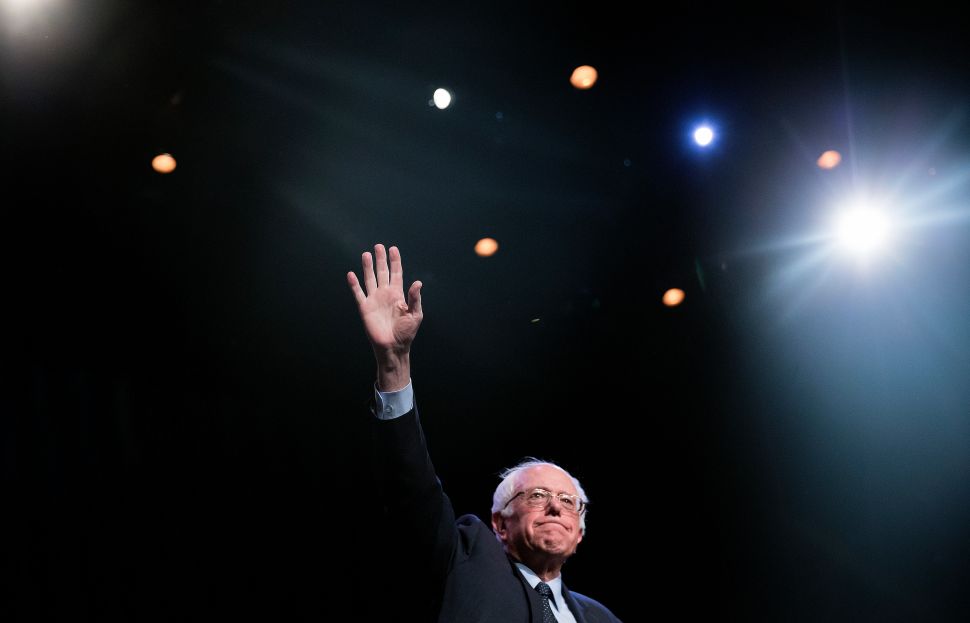