Confession time: I don’t watch The Walking Dead. I know! I’m the worst! But I watched the first two seasons and it just made me too sad; like I get it: zombies are bad but maybe it’s humanity that’s been the real monster all along? Sure, copy that. Why the characters on The Walking Dead haven’t all just shot themselves in the face just to end their horrific suffering is a question that I guess I don’t feel is important enough to tune in for, week after week. That’s why zombie apocalypse movies are great: self-contained, and you don’t have to deal with all the PTSD emotional fallout from watching your mom eat your little sister, or whatever.

Also, I saw some of the finale at a bar last night, and I did not appreciate that most of the score of the show seems to be a rapid, pulsing heartbeat. God, how do you people watch this? I needed a Xanax just to listen to some out of context audio!

But who’s asking me, right? NOBODY! So many nobodies that Fear the Walking Dead— a spin-off that focuses on the rise of zombie apocalypse, because it’s super important to know how people reacted while Rick was in a coma (and the answer can’t just be, like “Terribly, no shit!”)–is going to have its second season soon. Don’t worry, you monsters, I’ll probably make Vinnie watch it again.

Anyway, the one cool part about The Walking Dead is the cast, which all seems pretty friendly and really grateful to its swarming mass of super-fans for their viewership. It’s also a fun place to find cool new talent, like this guy: Ross Marquand, whose role on the show is Aaron–a human male, probably, just going on context clues. Mr. Marquand, who played Paul Newman in an episode of Mad Men, is apparently really good at celebrity impressions, and especially impressions of celebrities doing really mundane things. In two videos for Conde Nast’s The Scene, released last week, Mr. Marquand showcases his mimicking prowess, ranging from “Michael Caine tries to open a jar for someone” (INCREDIBLE) to “Zach Galifianakis tastes something he doesn’t like” (MIND-BLOWING) to “Jon Hamm on Latin television” (KIND OF CREEPY, TO BE HONEST)!

Please, take a moment from devouring your brains/yelling at people on comment boards about whose brains will be eaten next (my money is on Carol, just based on context clues) and watch Mr. Marquand’s genius at work. 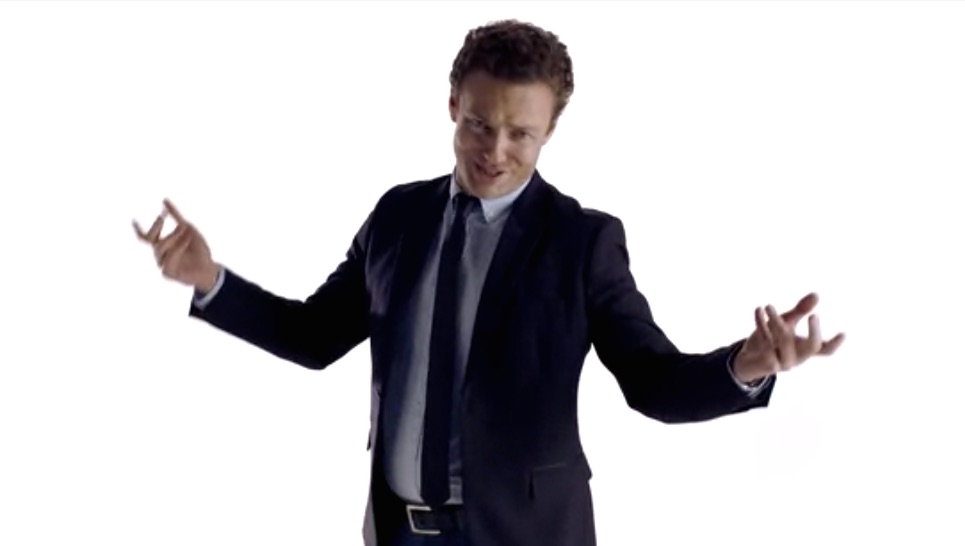