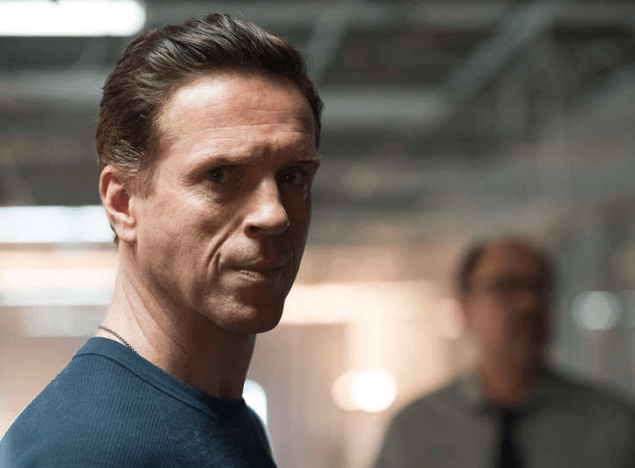 “What have I done wrong?” Bobby Axelrod asks Chuck Rhoades during their season-ending dick-measuring contest. “Really? Except make money. Succeed.” Anticipating the obvious response, he continues, “All these rules and regulations? Arbitrary. Chalked up by politicians for their own ends.” Perhaps he’s right. I mean, I didn’t think that a TV show could get away with stealing the climax of one of the greatest thrillers ever made simply by naming the episode in question after it. But that was before I saw “The Conversation,” the finale of Billions’ first season, which ends in exactly the same way Francis Ford Coppola’s classic story of espionage and paranoia did: with a guy tearing his place apart down to the baseboards and wiring, looking for a bug that isn’t there. Is there a rule that says it’s not cheating if you admit it? Alright, alright, maybe you can get away with calling this whole thing “homage,” but the brazenness of the episode title is just…well, it’s like Bobby Axelrod buying that gigantic mansion in the pilot, just daring Rhoades to take a run at him. All I know is that if chutzpah is a crime, Billions is guilty as charged.

The shame of it is that the show didn’t require the chicanery. Until that final swipe, and the meandering and narrative-valueless face-to-face between Bobby and Chuck that ate up the episode’s last five minutes or so, this was Billions at its best. Which is not great, but it’s not bad, either.

For one thing, it moved with a rapidity that few others have, since the groundwork for the current maneuvering was laid in last episode’s final scene. Once Chuck broke into his wife’s files and dug up the info on Bobby’s bribe of local police when one of his underlings went nuts and fired a machine gun at some deer, it was off to the races; Lonnie, the federal attorney tasked with pursuing the lead, literally wasn’t given time to unpack his things before Chuck tossed the tip at him. Having Lonnie take the lead was smart, actually—he’d never been the point man in any of the cases we’d seen so far, usually functioning as merely a pawn in Chuck’s chess game. This time, he was a bishop at least, which made the material feel fresh and fun in actor Malachi Weir’s hands. God love Brian Connerty, but he wasn’t going to reference “Cameo in ’86” anytime soon, you know.

Things moved equally quickly in Camp Axelrod. Once Bobby ascertained that the bribery and gun charges emanated from his conversation with Wendy last week, he called her into his office and—in defiance of his fixer Hall’s advice to play it cool and his “let’s bide our time” reassurances to his furious wife Lara—whipped out his blackmail file on her and tore her a new one in the process. This is the Axelrod his enemies had gotten to know, and the one Wendy had been all too capable of pretending didn’t exist, except perhaps as a challenge to surmount in session. Now he’s standing right in front of her, threatening to completely destroy her life, and incidentally tipping her off to the fact that her own husband is to blame. Maggie Siff handles Wendy’s confusion, shock, and near-instantaneous transition to anger beautifully—this is not a woman who’s going to take this shit from either of them.

Her ensuing confrontation with Chuck is the episode’s high point. At last, Paul Giamatti does something with Rhoades’s rage other than bluster; he actually starts to cry, thinking of what learning about Axelrod’s operation has taught him about his wife’s role in it. It’s hypocritical given his own illegal intramarital espionage, but it’s also sincere—he really is repelled that she’s a part of his. “If you’re right there in the middle of it, with a bunch of criminals, what do you think that makes you?” Once again, Wendy reacts more with anger than sadness, booting him from the house and even threatening to testify against him should it come to that. But what makes the argument even more compelling is the layers of deception they’re still clinging to. Eventually, Chuck comes clean about the fact that Bobby is having him followed, which makes him sound less unjustifiably paranoid about Axelrod’s vindictiveness but also reveals he went to a sex club without Wendy’s permission. She responds to his protestation that “nothing happened” about as well as you’d expect—but of course she’s leaving out the fact that she went skinny-dipping with her boss, and that unlike Chuck’s, her indiscretion was captured on camera. It’s lively writing that leaves a lot unsaid—which is more than you can say for the show’s final minutes, in which the characters turn the subtext into text as frequently as they can. (Can Bobby be sure the Feds aren’t going to catch him? “You can never be sure.” What’s the nature of the Axelrod/Rhoades feud? “A man with unlimited resources” vs. “one with nothing to lose.” Thanks, writers!)

Several of the show’s supporting characters get their moments in the sun as well. Toby Leonard Moore, who between his role as Connerty here and Wesley on Daredevil has emerged as television’s number-one second banana, defies the temptations of a leering Axelrod with a believable mix of uncertainty and resolve (for now, at least). As Wags, David Costabile grins at Damian Lewis’s Axe with such admiration when the man tells him to ditch their capital-raising meetings so he can go solo that you think he might propose; this character’s pure zeal for mischief was, if anything, underutilized. And I like the idea of Condola Rashad’s Kate Sacker as the Southern District’s ace in the hole, the kind of person who can suss out an informant in the ranks in like a day and a half.

But then you hit the final scenes, and a brick wall. You didn’t need Bobby to ransack his own office and rip off Gene Hackman to convey that Chuck got the better of him this time. You didn’t need a big shouting match where the two characters spell out exactly where they’re coming from—it hasn’t exactly been a huge secret this whole time, and their personal grudge may well be the least interesting aspect of the whole investigation. Both the characters and their show need to realize that sometimes it’s best just to get out of your own goddamn way. 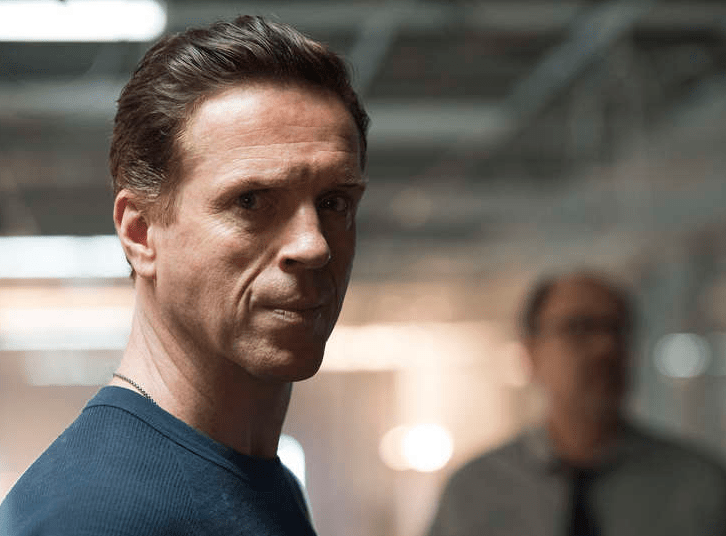