Hours after a judge downgraded the conviction of Officer Peter Liang—convicted in February of killing the unarmed Akai Gurley in 2014—to criminally negligent homicide, Brooklyn District Attorney Kenneth Thompson pledged to appeal the decision.

Judge Danny Chun handed Mr. Liang five years probation and 800 hours of community service for fatally firing his gun when Gurley startled him by entering the darkened stairwell where the rookie cop was performing a vertical patrol. Mr. Liang had fled the scene without offering medical assistance to the dying 28-year-old black father. The judge slashed the severity of the jury’s verdict on Mr. Liang, charging the felonious former policemen with having caused the Gurley’s death out of carelessness.

Mr. Thompson had successfully tried Mr. Liang for second-degree manslaughter—defined as killing another person through recklessness. He objected the judge’s determination to diminish the crime.

“My office vigorously prosecuted Peter Liang for manslaughter because the evidence established that his conduct was criminal and the rule of law demanded that he be held accountable for his actions in taking Akai Gurley’s life,” Mr. Thompson said in a statement. “The jury, the voice of the Brooklyn community, agreed and returned the verdict of guilty against Mr. Liang,.”

“We respectfully disagree with the judge’s decision to reduce the jury’s verdict and will fight to reverse it on appeal,” he continued.

The announcement may represent a bit of political triangulation by the prosecutor, the borough’s first African-American D.A. Activists in the Black Lives Matter movement interpreted Gurley’s death as part of a pattern of police killings, along with the homicides of black Staten Islander Eric Garner and Ferguson teen Michael Brown, in spite of Mr. Thompson’s protestations to the contrary.

Many hailed the D.A. as a hero for obtaining an indictment and conviction in the case, after his counterparts in Staten Island and Missouri failed to successfully prosecute the officers involved in the Brown and Garner deaths.

But Mr. Thompson earned considerable ire when he recommended last month the judge sentence Mr. Liang to house arrest and probation, not jail time, for his crime. 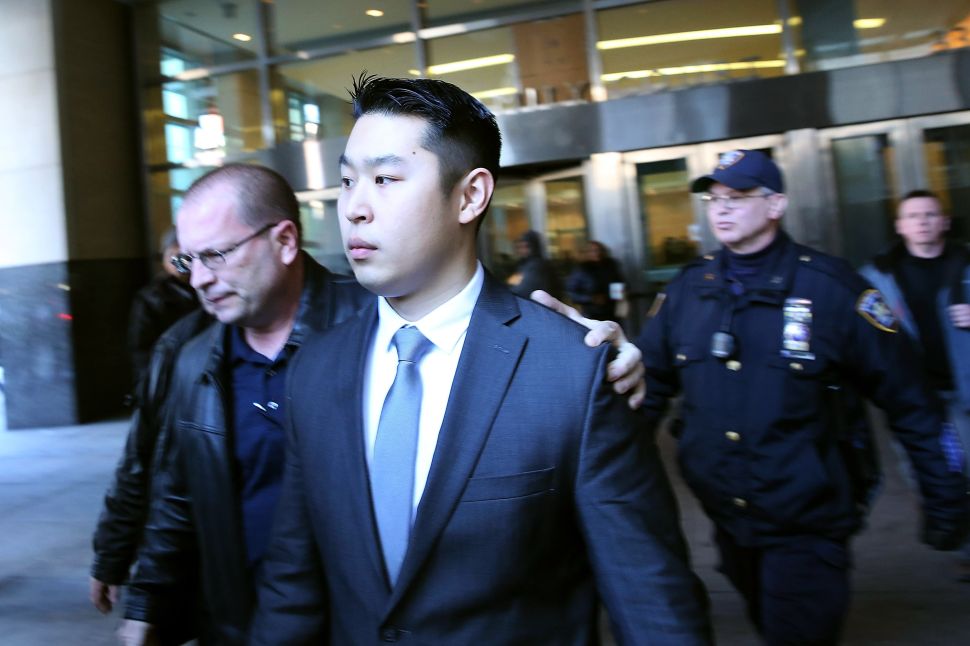