TRENTON — Assemblyman Chris Brown (R-2) took the spotlight in the wrangling over the competing state takeover plans for Atlantic City once again on Thursday, as the bill sponsored by Assembly Speaker Vince Prieto (D-32) cleared Assembly Judiciary Committee. Brown criticized what he called the “bipartisan act” of Governor Chris Christie and Senate President Steve Sweeney (D-3), the most ardent defenders of the original and further-reaching Senate version of the bill.

While Sweeney has softened his initially confrontational tone with the city government since announcing his own bill back in January, Christie has characterized the city’s problems as stemming from bloated union contracts in his public appearances. The Senate bill as passed in the upper house would allow the state to alter or tear up city workers’ union contracts, a step that Prieto’s bill would delay by two years.

“There are many Republicans who understand that we should not be demonizing the very employees that we represent,” Brown said of that charge before casting his affirmative vote. The bill cleared committee unanimously and with bipartisan support.

Brown did, however, join chair John McKeon (D-27) in faint praise of the Senate President’s amendments. Brown said he was encouraged by an offer from Sweeney and Assembly Majority Leader Lou Greenwald (D-6) to give the city the summer to reduce per capita spending before the Senate takeover plan would go into effect, while McKeon pointed to new provision that would have the governor’s appointee as monitor of the city available immediately.

“There’s still open dialogue, and for that we’re all grateful,” McKeon said.

Mayor Don Guardian pointed to the millions in state aid that go to other down-at-the-heel New Jersey cities, and to the resort town’s long history of giving more to the state than it received when times were good and it was still at the peak of its monopoly on east coast gaming. He and City Council President Marty Small asked that the committee dedicate portions of PILOT revenue to the city’s schools in the Assembly version.

The Department of Education is pursuing a lawsuit against the city for non-repayment of property tax collections to its public schools in an attempt to freeze the city’s funds and force their hand. The city’s defense will be arguing in a hearing this Friday that only its local board of education, the body it agreed to borrow the funds from, is qualified to raise that objection.

“We’ll sit at the table willing to make the cuts we need, but we need your help” said Guardian. “And your help and the solution forward is the redirection of casino funds at least meeting at least meeting the same amount of state aid we received last year.”

Prieto said in a statement following the hearing that he is willing to make further compromises on the terms of his bill. Guardian told PolitickerNJ earlier this week that the term of Prieto’s new benchmarks could shrink in negotiations from two years until the state can intervene to a matter of months. With the last committee hurdle over, the bill could see a vote on the Assembly floor as early as next week.

“I made clear that this bill was a work in progress, and I remain open to compromising, but we are prepared to move forward,” Prieto said. “With this bill and the remedial actions it can bring, along with the governor’s existing tools, we can put Atlantic City on the right track for fiscal success and help it transition to the resort destination we all know it can become in the coming years. It is the right compromise for everyone, especially the people of Atlantic City.” 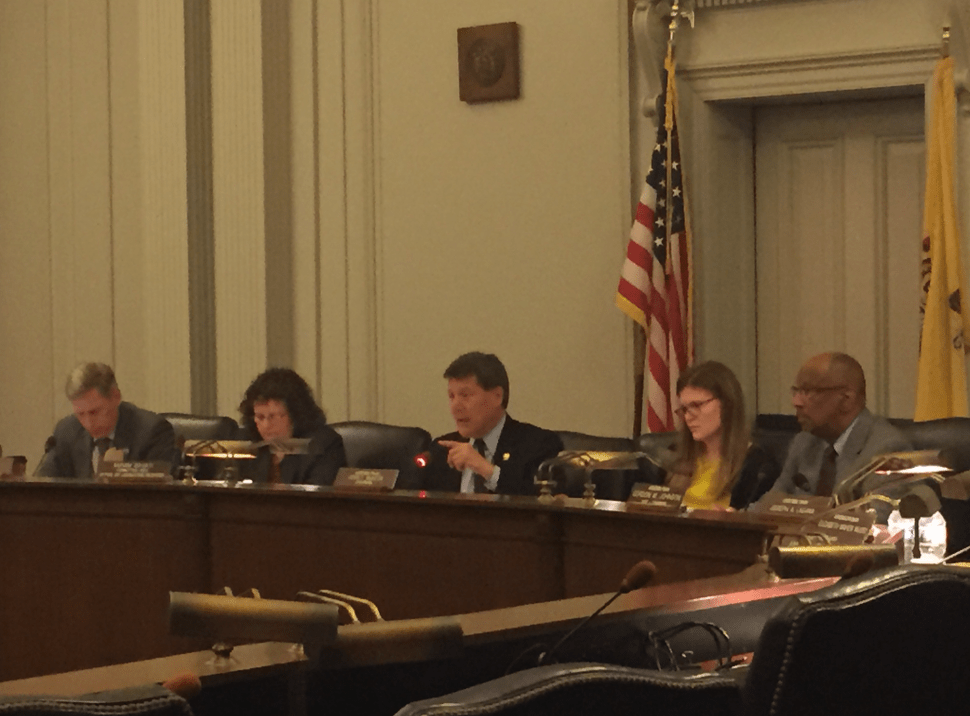