It is one of the many quirks of American presidential politics that the nation’s most populous state usually has very little to say about who becomes president.

California, with a population approaching 40 million residents and a treasure trove of 55 electoral votes, has been safely Democratic in presidential elections since 1988. Democratic candidates have won the last six elections in California by an average of more than 15 percentage points. As such, national campaigns do not bother to spend money in its costly media markets during the quadrennial fall campaigns, instead distributing their cash in the eight or nine states that are closely contested.

And because the Golden State traditionally holds its primaries in June—a time when both nominations are usually long since decided—it is rare that this state, with approximately one-eighth of the nation’s population, has any real say in who becomes the chief executive.

This peculiar situation is likely to end two months’ time. When the primaries finally wash up on California’s golden shores on June 7, it is fairly likely—and all but certain on the Republican side—that no presidential candidate in either party will have definitively reached the number of delegates necessary to clinch his or her party’s nomination.

This is not to say that both parties’ crowns will be equally up-for-grabs when the contest moves to California. Although Bernie Sanders may not be formally, mathematically eliminated from contention for the Democratic nomination before June 7, he is far enough behind Hillary Clinton at this point that it would likely take an extinction-level event hitting the Clinton campaign (an indictment, clear proof of criminal wrongdoing, or a major health crisis) to derail her path to the nomination.

This provides an opportunity for an alert GOP candidate to pick up a lot of delegates with relatively few votes.

Unlike the Republican nominating contest, no state awards Democratic delegates on a winner-take-all basis. Ms. Clinton’s current lead in elected delegates—leaving aside, for the moment, her massive 469-31 advantage in unelected “superdelegates”—is 1,243 to 980, according to RealClearPolitics.

Just to pull ahead of Ms. Clinton in elected delegates—by a single delegate—Mr. Sanders would have to win the remaining delegates by a 690-426 count. That would mean winning 61.8 percent of all remaining elected delegates, which is extremely difficult to do in a contest in which no states are awarded on a winner-take-all basis.

That said, there is also a decent chance Ms. Clinton might not reach a majority of elected delegates before June 7, for exactly the same reason. So while Mr. Sanders will have virtually no chance to prevail, he could go into the June 7 primaries in California and five other states technically still alive—much in the same way a baseball team would still be alive if it went into the final ten games of the season trailing by nine games in the standings.

However, the stakes will be much higher on the Republican side. With each passing contest, the likelihood of frontrunner Donald Trump reaching the 1,237 delegates required to win the GOP nomination, which once looked likely, now appears more and more remote. Looking at the upcoming contests, even the most favorable projections by The Party Crasher for Mr. Trump show him finishing the primary season perhaps a dozen or two dozen delegates short of a majority.

But California could change everything for Mr. Trump, if he can clean up in the Golden State. California will have 172 delegates up for grabs on the Republican side, with 13 going to the statewide winner, and three delegates awarded to the winner in each of the state’s 53 Congressional districts.

A recent article in Mother Jones, a leading progressive publication, provided the example of the Congressional district centered in Alameda County, home to highly liberal Oakland and Berkeley, where Republicans are nearly as rare as pinstriped suits on casual Fridays. There may only be a few thousand Republican primary votes to be had in this district represented by ultra-liberal Congresswoman Barbara Lee, but it gets three Republican delegates, just like any of the Congressional districts based in red-tinted Orange County. And there are a lot more districts in California that look like Alameda County than there are districts that look like the O.C.

For example, let’s look at Nancy Pelosi’s district, which covers almost the entire city of San Francisco. Republican Mitt Romney received only 44,877 votes in San Francisco in the 2012 general election, representing 13.2 percent of the total votes cast in the city. Let’s say only half as many Republicans vote in the primary as voted in the last general election, which might be an optimistic estimate. It is entirely possible, in a three-way GOP race, that a candidate could pick up the three Republican delegates in Ms. Pelosi’s district with fewer than 10,000 votes.

If Mr. Trump wins a narrow victory in California and captures fewer than half of the state’s Congressional districts, he is very likely to come up short, thereby setting up the first contested GOP convention since 1976. But if he can maximize the number of districts he wins in California—perhaps by picking off a large number of districts with few Republican voters—he could still manage to get over the top and go into Cleveland with enough delegates in hand to win a first-ballot victory.

It is going to be a close call on the Republican side one way or another. But in the end, California—which hasn’t been relevant to Republican presidential hopes since its onetime governor Ronald Reagan was in the White House—is going to determine whether the Republicans have a contested convention or not. 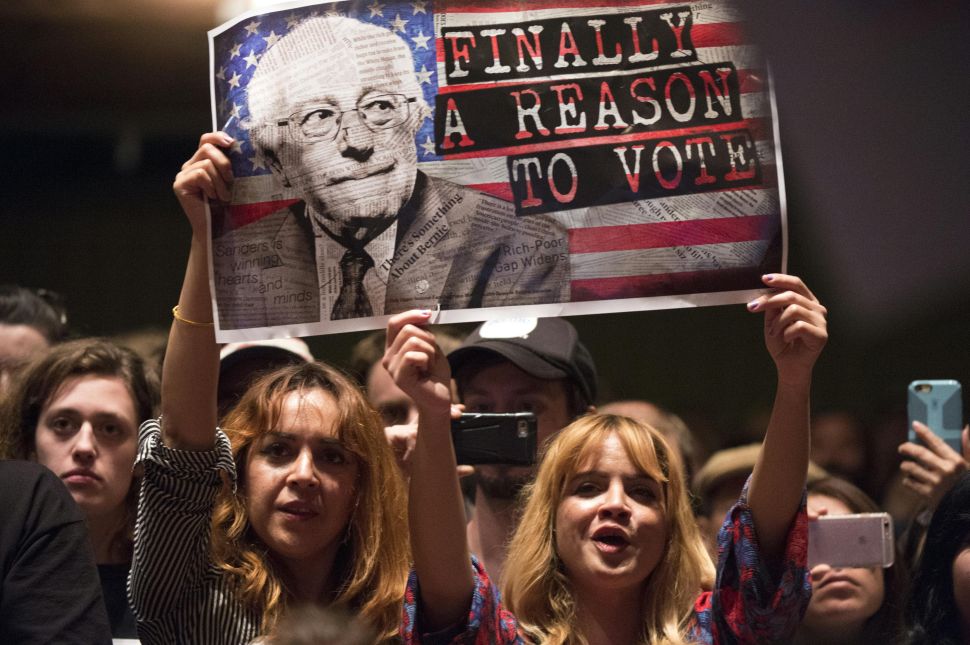