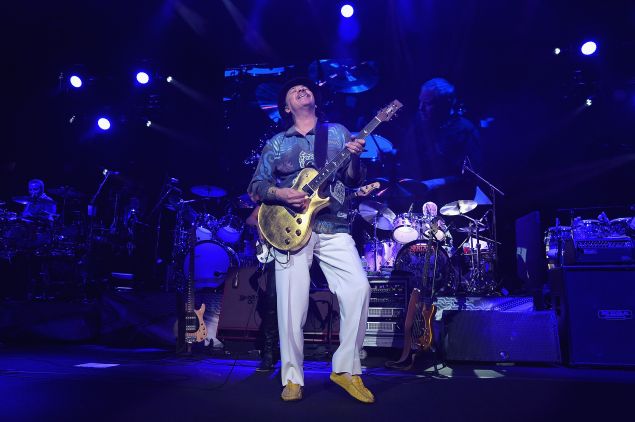 Last Wednesday, for the first time in 45 years, the surviving members of the classic Santana III lineup of Santana took the stage at Madison Square Garden in a double bill with Journey, the hit-making pop juggernaut that sprung from the rib of its aforementioned predecessor in 1975.

However, during a press conference at the Signature Theater on West 42nd Street last Tuesday afternoon, the nucleus of that staggering juxtaposition in style, guitarist Neal Schon, sat together with lead vocalist/keyboardist Greg Rolie, percussionists Michael Shrieve and Michael Carabello and fearless leader Carlos Santana spoke about their incredible reunion album, cheekily dubbed Santana IV, as if all the pyro and ballyhoo between now and 1971 never even existed.

‘I’d love to see a lot more of a crossbreeding between Santana and Metallica, personally.’—Carlos Santana

Watching these five weathered warriors from the San Francisco Mission District share stories and insight in context to the creation of this surprising treat of an LP was indeed a sight to behold. Listening to Schon speak about those halcyon days of his career as the young prodigy of the Santana camp was like hearing from a man completely removed from the guy who helped pen such Top 40 FM gold as “Any Way You Want It” and “Don’t Stop Believin’”. In fact, according to Rolie, it was the Journey man’s idea to get back together.

“We both have homes in California,” he explained to press conference moderator and Hudson Union co-founder Joe Pascal. “And I started running into Carlos a lot. Everywhere we went. If I was in a restaurant, Carlos was in the restaurant. If I was walking down the street, there was Carlos. He actually thought I was following him [laughs]. And I thought to myself, ‘How good would it be go back to the very beginning with Carlos, Greg, Michael and Michael.”

For Santana himself, he too no stranger to over-commercialized tendencies—as 1999’s Supernatural so clearly foretells—the joy of being able to return to that urgent, improvisational bond between himself and his Billboard brother was evident in the way he spoke of the magic reigniting once the two men locked horns on Santana IV along with the rest of the lineup to rekindle that incredible fusion of electric jazz, pure blues and Latino rhythms that’s made such albums as Abraxas, Santana III and Caravanserai such influential touchstones for modern acts ranging from Madlib to the Mars Volta.

“There’s a lot of bands I hear Santana in the sound [of],” Santana tells the Observer. “A lot. From Istanbul all the way to Kuala Lumpur. A lot of these guys, they’re in their garage or another practice space and they’re playing this fusion of Metallica and Santana. And that’s the stuff I wanna hear. I’m like, ‘Wow, that’s pretty interesting.’ They have a different way of playing scales and melodies, and it intrigues me. I’d love to see a lot more of a crossbreeding between Santana and Metallica, personally.”

It’s that excitement of seeing how Santana’s influence has spanned generations which makes the decision for this indelible variation of the band to once again come together for this new album and tour so commendable.

They could have easily rested on their collective laurels and catered completely to the lowest common denominator of their fanbase by performing back-to-back hit-packed sets guaranteed to please all the soccer moms and fantasy football dads who go out to concerts once every three years. But all bets are off once this particular Santana lineup takes the stage before the obligatory Supernatural mini-set and Journey’s tour-de-force of lighter-waving tsunami of hit singles sates the pragmatic souls in the audience at MSG.

“I’m serious! If I’m going to die, with all the fire that I’ve got, to get to that note…then I’ll die. A lot of people don’t play like that anymore. For whatever reason. When Gregg or Neal takes a solo, it ignites me. It’s like the Black Panthers back then: that was the first thing that they’d ask you. ‘If you want to join the Black Panthers, are you willing to die, right here, right now?’ That was the code. Why should it be less than that? Tony Williams played like that, Miles Davis played like that, Coltrane, Buddy Rich. And you won’t get that sound, unless you play like that. It’s not the amplifier, or the expensive keyboards, no, no, no. It’s your intense intentionality, and that’s what we have.” 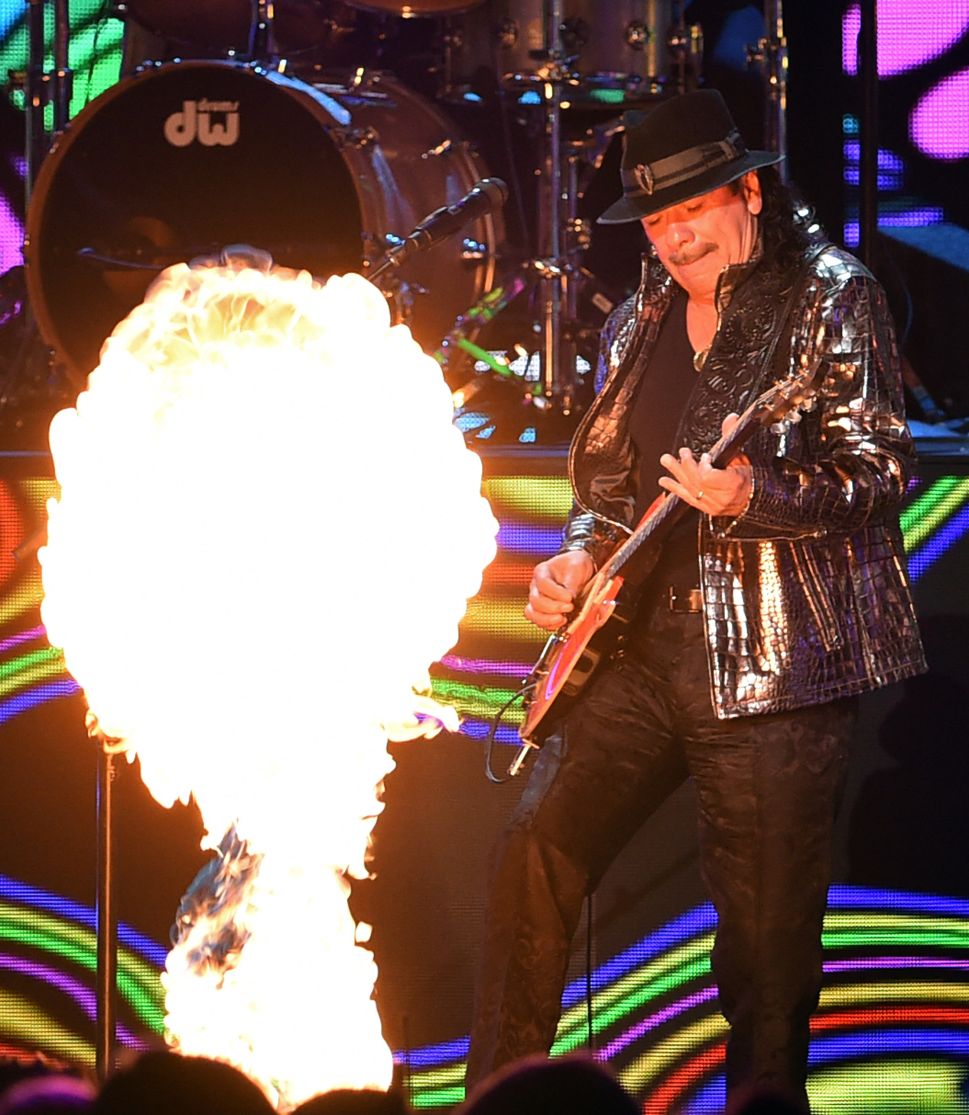