Requiring 200 signatures, Heard submitted 307 of them last week toward qualifying for a run in the Republican Primary. His submissions prompted a challenge from Team Larsen, who want to pull Lance into a two-way contest.

But the judge didn’t see it their way. After spending an hour reviewing the petition signatures with attorney Tim Howes enlisted by Heard, McGree ruled in Heard’s favor. The judge threw out two handfuls of sigs, not enough to threaten Heard’s candidacy.

“I think the judge did a disservice to the voters of the 7th District,” said Larsen Campaign Manager King Penna, who represented Larsen in court; while a vindicated Peter Kane, campaign manager for Heard, said Larsen’s challenge reminded him of the “keystone cops.”

“Some of the claims were crazy,” Kane said. “Now, on his fourth, futile run for this office, David Larsen and his attack-dog Campaign Manager King Penna should understand that the only thing worse than a three time LOSER is a four time SORE LOSER! In baseball … three strikes and you are out. In football, at third down and long the only thing to do is throw a Hail Mary pass and pray. It seems that the Larsen campaign is like a hapless quarterback with no options except for desperation.”

Penna suspects that Heard is a stalking horse for incumbent Lance, citing rhetoric used by Heard and his people as mysteriously similar to the Lance operation. But “first and foremost, Mr. Kane, we’re not playing baseball. This is a lot more serious than baseball. If you just look at the signatures they filed and the way they filed them, you can see they’re not taking this seriously. We will look at the decision and maybe file an appeal.” 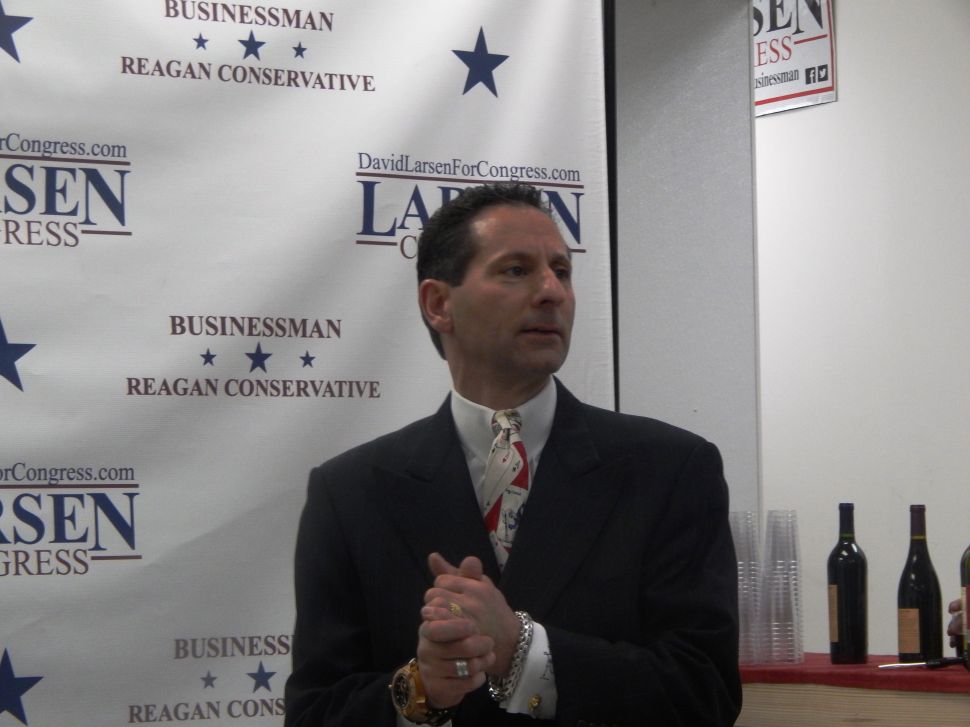