I raced to finish A Little Life after hearing that author Hanya Yanagihara would be speaking with CFDA president Steven Kolb last night at NeueHouse. It was a talk I couldn’t miss, so I became the girl reading on the train, the one who five minutes before barre class, had her nose buried deep into the remaining chapters, until savoring the last five pages at home in total silence. The book opens with four friends making their way in post-collegiate New York, but it slowly becomes more about the traumatic childhood of protagonist Jude and the relationships he forms, or attempts to form, given his past.

Ms. Yanagihara, the deputy editor at T Magazine who this week announced her resignation, has become something of a celebrity in the New York literati scene. The book was a finalist for the Man Booker prize and received rave reviews from critics when it came out last spring. To be sure, there wasn’t an open seat in the house last night as she chatted with Mr. Kolb, who admitted he picked up the book over Thanksgiving as a way to shield himself from his in-laws but, like the rest of us, fell in love with the characters, their relationships and the heart-breaking story of seeking love amidst pain.

The room was filled with CFDA members, NeueHouse regulars and fans of the book, both young and old. Over white wine, they sat hanging on every word of the dialogue between Mr. Kolb and Ms. Yanagihara. At the risk of giving away major themes, I’ll just say I found the talk super insightful and was so grateful for getting a deeper glimpse into the world Ms. Yanagihara created. Afterwards guests mingled over cocktails as the author sat signing books and selling copies. “Fifty percent of my friends haven’t read it, but they bought it,” she said. “And that’s all that counts.” 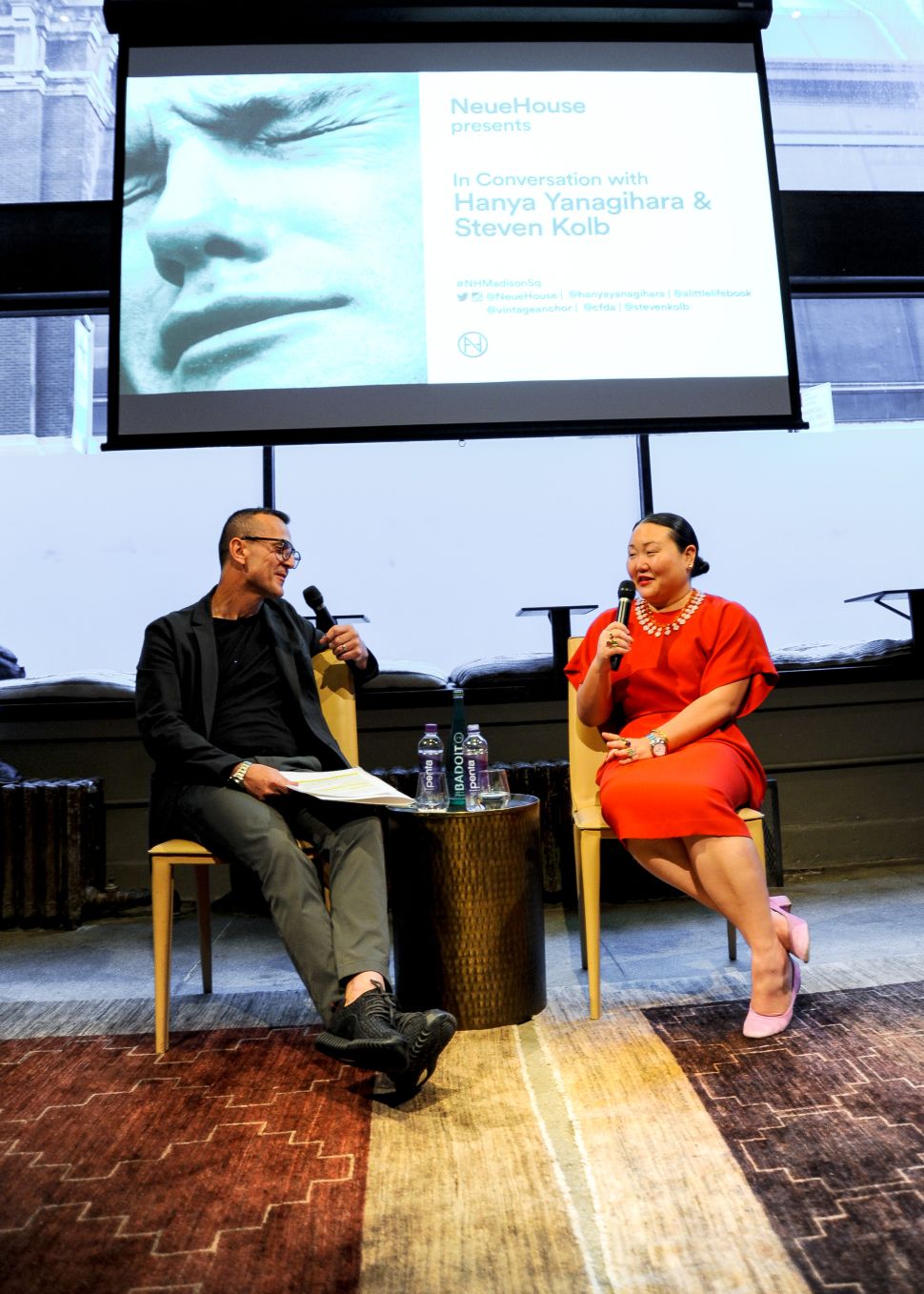