Winners of the most prestigious of all journalism accolades, which will be announced this afternoon during a press conference at Columbia University, are kept under wraps until they are announced. Except, apparently, for some prize-winning outlets, who are given an “informal heads-up” so that they can order congratulatory champagne. This morning, Politico’s Playbook lead with a scoop about the impending announcement:

Washington Post national reporter Wesley Lowery jubilantly told friends at a party this weekend that he and a Post team (or perhaps the paper institutionally) will win a Pulitzer Prize today; he worked on the team project “Fatal Force,” about deadly police shootings. Pulitzers (to be announced at 3 p.m.) used to be shrouded in secrecy. Lowery explained that Pulitzer sources gave an informal heads-up to some winning organizations so they can order champagne, and then editors told him. Lowery says the N.Y. Times also won.

According to Washingtoniansenior editor Andrew Beaujon, who saw a private Facebook invite, the theme of the party was “The Dance-Party & Beer Bong ‘Make America Bae Again’ #YOLOmageddon (2016)” and it was thrown by Daily Beast deputy social media editor Asawin Suebsaeng. There were a bunch of reporters there.

A Pulitzer spokesperson declined to comment on whether The Washington Post was going to win, but the Post’s refrigerator is presumably well-stocked with champagne. 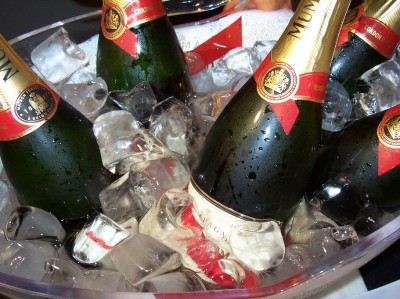