If the 140 plus galleries on the fair floor aren’t enough to keep you busy, organizers are expanding concurrent programming to include over 20 events and a day long symposium devoted to the avant-garde group Art & Language. The international fair, now entering its fifth year, promises its series of talks and panels, titled /Dialogues and presented in conjunction with the School of the Art Institute of Chicago, will be bigger than ever.

First formed in Coventry, England in the late 1960s by artists Terry Atkinson, Michael Baldwin, David Bainbridge and Harold Hurell, Art & Language set out to create collaborative artworks and later published a magazine by the same name. This group of early practitioners of conceptual art expanded to include Ian Burn, Charles Harrison, Mel Ramsden, and Joseph Kosuth in the ’70s.

The symposium on September 24 promises to be historic for bringing together the group’s founders and many collaborators for the first time in years. Former members Mr. Baldwin and Mr. Ramsden will lead a talk on Art & Language’s most notable projects and lasting influence. Also on hand will be art collector Philippe Méaille, whose owns the largest trove of the group’s work, and musician and artist Mayo Thompson of the experimental rock outfit Red Krayola.

“The introduction of a thematic Symposium allows Expo Chicago to shift its model of presentation,” said director of programming Stephanie Cristello in a statement provided to the Observer. “The 2016 /Dialogues program features some of the most historically relevant figures that have both influenced and continue to shape new paradigms in contemporary art.”

Headlining the main talks will be Windy City-based painter Kerry James Marshall, whose work is set to be showcased in a three-city retrospective beginning April 23 and traveling to the Museum of Contemporary Art Chicago, The Met Breuer in New York and the Museum of Contemporary Art Los Angeles. Mr. Marshall will chat with author and sociologist Sarah Thornton, whose 2008 behind-the-scenes book Seven Days in the Art World was a runaway hit. Also taking the stage that week will be star curators Pablo Leon de la Barra, Jens Hoffman and Hans Ulrich Obrist and Stedelijk Museum director Beatrix Ruf.

And for those with VIP access, fair sponsor Northern Trust’s private talk at the fair’s Anchor Lounge will return for an encore second year. A special session will be held on collecting between prominent Middle Eastern collector Sultan Sooud Al-Qassemi, founder of the Barjeel Art Foundation in the United Arab Emirates, and MCA Chicago curator Omar Kholeif.

Expo Chicago will run September 22-25 at the Navy Pier in the Streeterville neighborhood. 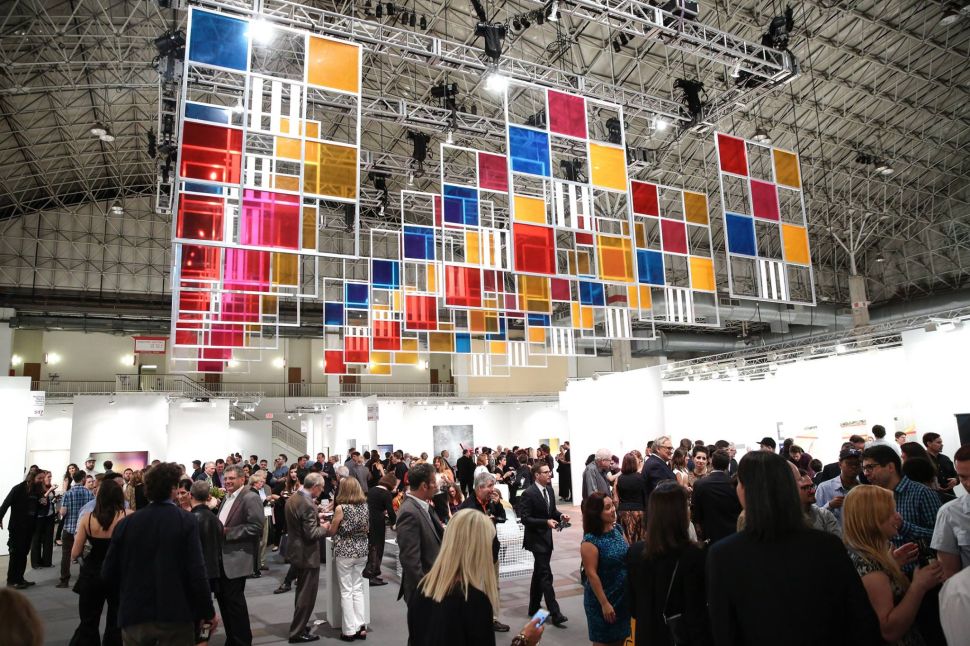