Christie at the State House Monday, where he announced a lawsuit against Atlantic City’s government for improper use of school funding dollars

TRENTON — Governor Chris Christie announced Monday that the state Department of Education is pursuing a lawsuit against Atlantic City’s government for impoperly using property tax collections to shore up its municipal budget. The news comes as Christie and Assembly Speaker Vince Prieto (D-32) continue to grapple over a state takeover of the city, which Moody’s downgraded further into junk status earlier that day.

“Atlantic City had been using property tax collections held in trust for the school district to fund city operations and their extraordinarily rich public sector union contracts rather than send those dollars to the school children, where they rightfully belong,” Christie said. “Between now and June 30, the city owes the school district nearly $34 million, and there is no question that they will not have the money to pay it due to the irresponsibility of the city government.”

“The takeover wouldn’t change that circumstance at all,” Christie added when asked whether the lawsuit and the takeover were related.

The city, Christie said, missed the April 1 deadline for paying back $8.4 million to the public schools. Christie said that he expects the lawsuit to motivate the city to make that payment by this Friday. DOE chairman David C. Hespe filed the lawsuit this morning.

Christie criticized Atlantic City Don Guardian for the measures he has taken to keep the city and its essential workers going, calling Guardian’s plan for monthly instead of bi-weekly paychecks for city employees “a band-aid on a hemorrhaging wound.”

Christie and Prieto met today to discuss the takeover effort, but Christie said they made no progress. Prieto objects to the takeover legislation’s provision offering the state power to break union contracts, a stance Christie has called a feint for doing political damage to sponsor Steve Sweeney (D-3). Sweeney is running against Jersey City Mayor Steve Fulop, a political ally of Prieto, for the Democratic nomination in the 2017 gubernatorial contest.

“If you want to vote against it, vote against it,” Christie said of Prieto’s opposition and his refusal so far to post the bill. “But the speaker’s irresponsible actions are putting at risk one of America’s great historical cities.”

The governor also reasserted that he will not pass either the takeover or its accompanying payment in lieu of taxes bill for Atlantic City casinos if they are altered from their Senate versions or broken apart. Christie pocket vetoed the PILOT before announcing the takeover effort alongside Sweeney and Guardian and Sweeney in January. Prieto has said that he supports the PILOT, which would help the city recover its losses from extensive casino tax appeals.

“If they are done separately, they will not be enacted into law,” Christie said.

Prieto said in a statement after the press conference that he was unmoved by Christie’s comments.

“Again – Gov. Christie, rather than blaming others, should be using his existing authority to help Atlantic City avoid fiscal disaster, but in the meantime Senate President Sweeney needs to negotiate a compromise that protects core Democratic values such as collective bargaining and fair labor practices,” the Speaker wrote. 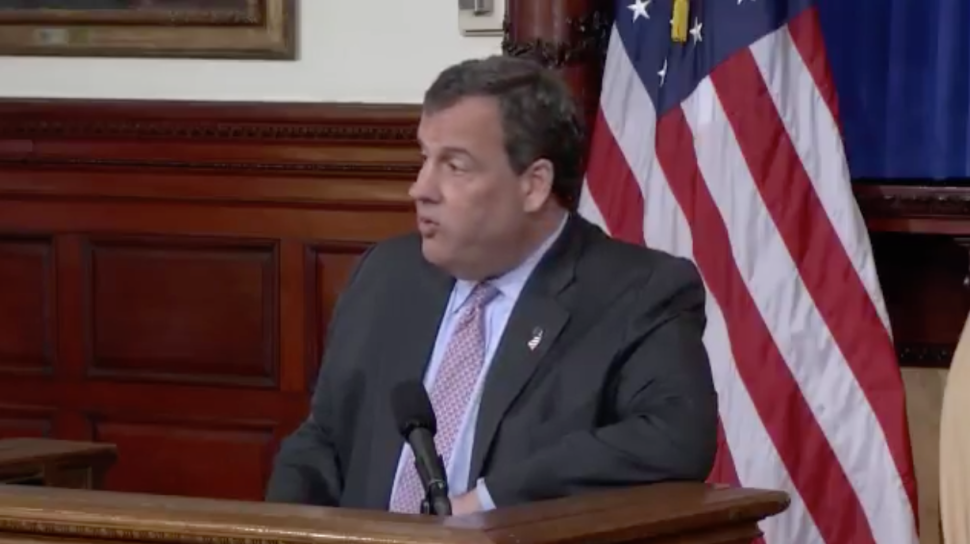