One of New Jersey’s most embattled mayors will face two tough challengers in November, and some sources are already calling the result. Vineland mayor Ruben Bermudez will face two challenges: one from former mayor Robert Romano, and one from sitting City Council President Anthony Fanucci. While Bermudez and Romano have logged no fundraising activity with the state Election Law Enforcement Commission, Fanucci has nearly $70,000 in contributions as of this month.

A representative with Bermudez’s office told PolitickerNJ Tuesday that the mayor is still undecided on pursuing reelection. Between that indecisiveness, his poor relationships with the council and a checkered tenure that saw him nearly recalled, Montclair State University political science professor Brigid Harrison said Bermudez could be looking at the end of the line. Fanucci is running with a slate five-person slate that includes sitting council members Paul Pinelli and Angela Calakos.

“Fanucci is really kind of taking the lead in both organization, and kind of controlling the narrative in terms of public opinion at this point,” Harrison said, adding that Bermudez may be at a disadvantage if he neters the race now. “There is such frustration with his administration. He would have had to declare his candidacy and his slate at the get-go, and take a more aggressive tack in combatting his critics, particularly Fanucci.

“If he were going to run again, he would be well-served by being better organized and more aggressive.”

Bermudez won out against then-incumbent Romano in 2012 in a contested runoff election that also brought Fanucci to the helm of the City Council. An unsuccessful recall effort followed in 2014 Bermudez’s office attempted to terminate city Solicitor Richard Tonetta and merge the Landis Sewerage Authority with Vineland Municipal Utilities. The committee to recall Bermudez failed to gather signatures from 25 percent of the city’s registered voters within 160 days, quashing the recall effort.

Relations between the the mayor and the rest of city government soured after that attempted firing, with Bermudez filing a lawsuit against the city council for voting to block the termination. Bermudez even sent an email ordering his own staffers not to contact council members.

Reached for comment, Fanucci said that although the council’s relationship with the mayor has not improved its members had no role in the five-person committee that circulated the recall petition.

“Quite frankly, we never had any real interaction with that process. Council tried to stay above the fray,” he said. “Council had to continue to stay the course and keep focused, in my opinion to keep the city moving in the right direction. I mean we’re not going to get caught up in that nonsense.” 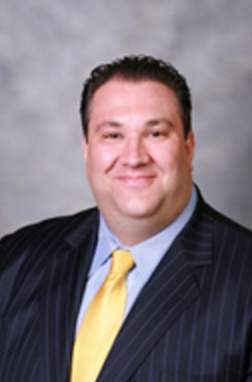