After ClassPass announced they were raising their prices, hitting a record $200 for an unlimited monthly membership, the Twittersphere reacted swiftly. ClassPass was mentioned 10.5 more times than usual in response to the price hike, mostly by women. According to Brandwatch, a social media monitoring tool, 77 percent of those complaints were from women who were immediately looking for fitness alternatives, mentioning Equinox specifically. At $160, an Equinox membership looks more appealing than ever.

When ClassPass announced the Boston price change, the response was less intense, but people did tweet warnings at Los Angeles about the imminent change they suspected. In New York, Brandwatch found the conversation’s top hashtag was #ShameOnYouClassPass, which accumulated over 19,500 impressions. The less popular #ClassPassgate registered over 25,000 impressions.

Within the hour of price raising announcement, ClassPass was mentioned over 500 times on Twitter. Brandwatch found the most mentioned alternatives were Equinox, Crunch Gym and FitReserve. DailyBurn, a workout video website, also used the the opportunity to engage with people tweeting about the increase, attempting to convince them to give up gym memberships altogether in favor of their service. 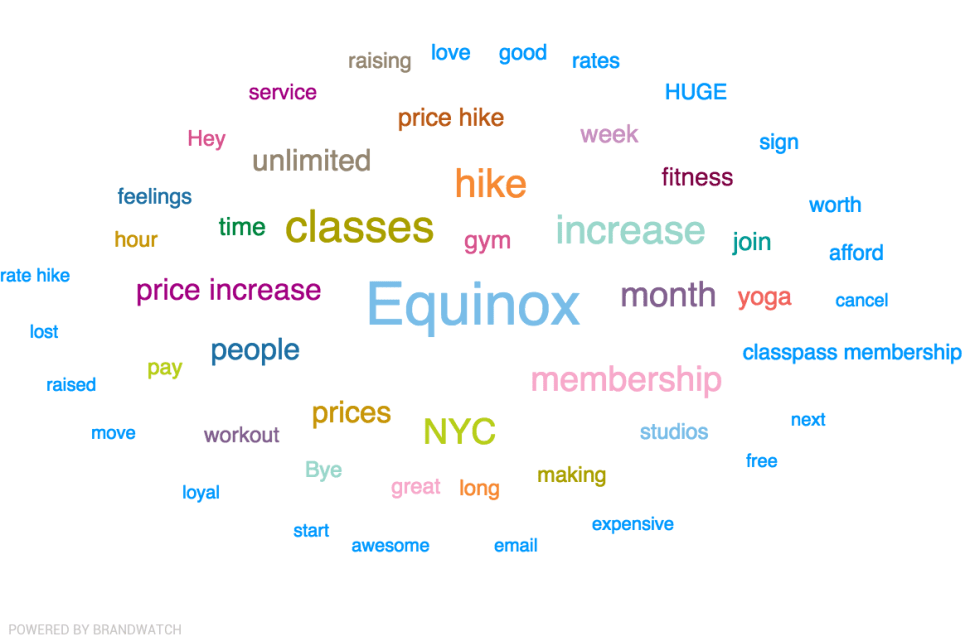