A Brooklyn congressman is accusing Sen. Bernie Sanders of providing “aid and comfort” to Donald Trump and the GOP after a top surrogate referenced Monica Lewinsky at a recent Sanders rally.

Congressman Hakeem Jeffries, a Brooklyn Democrat and Hillary Clinton supporter, said Mr. Sanders needs to “stop it” and disavow the comments made by Rosario Dawson, an actress.

“Bernie Sanders ran a scorched earth campaign in New York that personally attacked Hillary Clinton at every turn, and he was crushed by 16 points,” Mr. Jeffries said today, referring to Ms. Clinton’s triumph over Mr. Sanders in the April 19 New York primary. “Instead of learning from past failure, supporters of Bernie Sanders continue to play dirty pool in a desperate attempt to halt Hillary Clinton’s clear path to the Democratic nomination.”

Mr. Jeffries, who has derided Mr. Sanders, a Vermont independent and self-described democratic socialist, as a “gun-loving socialist,” said he ran the risk of “sinking” his legacy.

“He must clearly and unequivocally call upon his supporters, such as Rosario Dawson, to stop providing aid and comfort to Donald Trump and the Republican Party,” Mr. Jeffries added.

Ms. Dawson found herself in hot water on Saturday after she referred to Ms. Lewinsky, the former White House intern who had an affair with President Bill Clinton in the 1990s. The actress was talking about cyberbullying, the issue Ms. Lewinsky speaks frequently about, and about being under pressure to support Ms. Clinton.

“We are literally under attack for not just supporting the other candidate,” Ms. Dawson said at the Delaware rally. “Now, I’m with Monica Lewinsky with this. Bullying is bad. She has actually dedicated her life now to talking about that. And now, as a campaign strategy, we are being bullied, and, somehow that is okay and not being talked about with the richness that it needs.”

The Clinton campaign, sensitive to any reference to the sex scandal, labeled the comment “vitriol.” Mr. Trump, the incendiary Republican front-runner, has already threatened to dredge up Mr. Clinton’s old dalliances.

With Mr. Sanders’ chances of capturing the nomination greatly diminished, some Democrats close to Ms. Clinton are hoping he can end his campaign quietly and not provide any fodder that could be used by the eventual Republican nominee. 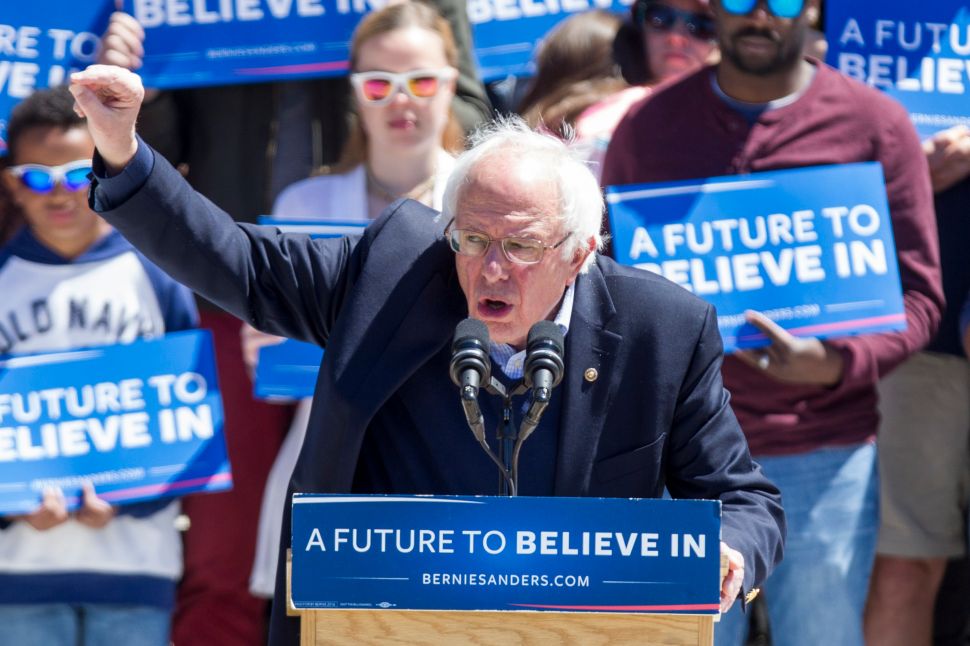