The legions of superheroes, cartoon characters, Muppets and body-painted babes prowling Times Square will have to learn to think inside the box.

That’s because the City Council voted today to authorize the mayor’s administration to set hard rules designating times and spaces on pedestrian plazas where such performers can pose for photographs in exchange for tips. The legislation is a response to numerous incidents in which characters badgered, groped or assaulted a tourist or police officer, as well as the furor last summer over the appearance of half-naked desnudas at the crossroads of the world.

“Times Square is basically a victim of its own success,” said Councilman Corey Johnson, who represents part of Times Square and co-sponsored the legislation. “What we’ve seen is a proliferation of commercial uses that are now taking place on these plazas throughout Times Square.”

“People should be able to walk through Times Square without being harassed and harangued,” he continued.

Mr. Johnson said he believed most of the dressed-up entertainers are “hard-working and honest,” but argued that there were too many bad actors, and that their activities were impinging on normal foot traffic and business activity in Times Square. His co-sponsor, Councilman Daniel Garodnick, agreed.

“They harass tourists, they aggressively solicit tips and many of them won’t leave you alone,” said Mr. Garodnick, whose district also covers parts of Times Square. “Just Google your favorite superhero and ‘arrested in Times Square,’ and you will get a million hits.”

The measure allows the Department of Transportation to create regulations for all pedestrian plazas citywide, as well as to lay out a formal process for obtaining permits to hold events in the public spaces. The bill passed the Council overwhelmingly, though a few members dissented.

“I feel strongly we should not regulate or police any New Yorker for a harmless activity that they rely on to put money in their pockets and food on the table,” said Brooklyn Councilman Robert Cornegy.

Abdelamine el-Khezzani, an Astoria resident who has performed in Times Square for a decade, came to the hearing in full Spider-Man costume. He insisted the law violated his Constitutional freedoms, and vowed to disobey any new rules. 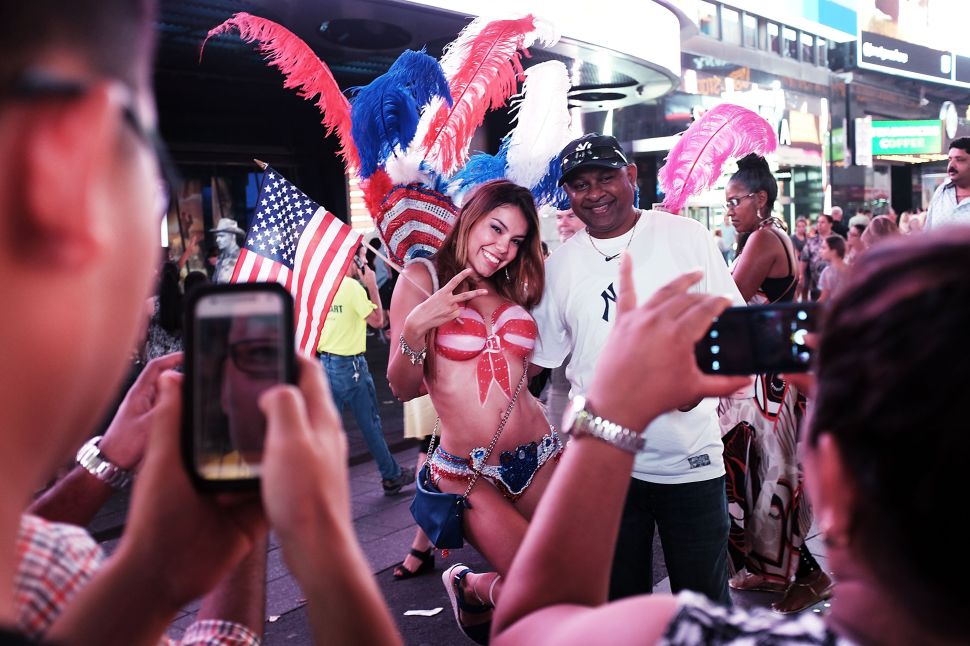