Over the course of fifty years, prolific Brooklyn-born director Sidney Lumet made 44 films. He directed movies as diverse as Network, Serpico, Dog Day Afternoon – and The Murder on the Orient Express and Long Day’s Journey into Night. Before it became fashionable, Lumet, the subject of Nancy Buirski’s engrossing documentary By Sidney Lumet, moved seamlessly from film to television and back again.

And, because Lumet began his career as an actor in the Yiddish theater under the God-like gaze of his father Baruch Lumet, and went on to be a child actor on Broadway, he directed Al Pacino, Treat Williams and Albert Finney to some of their greatest performances. The documentary overflows with demonstrations of this, including the great moment where Pacino, as the bank robber at the center of Dog Day Afternoon, dictates his last will and testament to a clerk-hostage, revealing the thief’s love for both his wife and the man whose desperate need to finance his sex-change operation inspired the ill-fated heist.

American Masters tapped Buirski (The Loving Story) to take on the project, which started with fourteen hours of interview footage with Lumet before he passed at 83 in 2011. “What hooked me,” said Buirski – who flies to Cannes next month for the world premiere of Jeff Nichols’ Loving, the fictional feature based on her documentary – “was watching the interview and realizing it gave me the opportunity to do something very fresh with this kind of movie. I could let Sidney Lumet tell his story rather than bring other people on stage to tell us about him.”

“This is a director that did not set out to make films about morality but his ethics — his struggle to define ‘what is fair? –‘ comes out in his movies and continues to do so.”

After watching all forty-four movies – which garnered forty-six Oscar nominations and six wins – Buirski had the equivalent of a Lumet masterclass. She learned that, “intentionally or unintentionally every project you take on needs to be somehow personal. There may be an unconscious connection to the drama but, conscious or not, one has to feel immensely tied to the issues of that story.”

Lumet’s daughter, Jenny Lumet, the award-winning screenwriter of Rachel’s Getting Married, responded to what she discovered about her father’s art watching the documentary: “For example, making The Pawnbroker (and this was 1962-3, so this was way before this technique became a thing), Dad didn’t know how to direct Rod Steiger’s memories, which are an important part of the movie. So he thought about how he himself remembers things. Particularly things he preferred not to remember. So Dad said something like ‘when I’m dealing with an unwanted memory, it comes in flashes until it takes over so that’s what I did in the movie.’ Again this was 1962-3, so this was way before the subliminal flash stuff was everywhere. What that meant to me was: there is no magic, no “way.” It’s simply what is honest to you. Not to imply there is no craft, but essentially, it was about never second guessing. This is what happens to me, so I’ll do that in my medium. It’s very confident, and very honest, and very unbullshitt-y.”

Because Lumet’s movies span such a wide range of genres and styles, he has been criticized for a lack of consistency. Buirski countered: “One argument is that his movies have lasted. We still look at Serpico, Dog Day Afternoon, and Prince of the City and they resonate today. This is a director that did not set out to make films about morality but his ethics — his struggle to define ‘what is fair? –‘ comes out in his movies and continues to do so.”

Ms. Lumet concurred: “Dad said he never directs the moral message, he directs people in a moment in a conflict. If there’s a moral message it will show up on its own.” 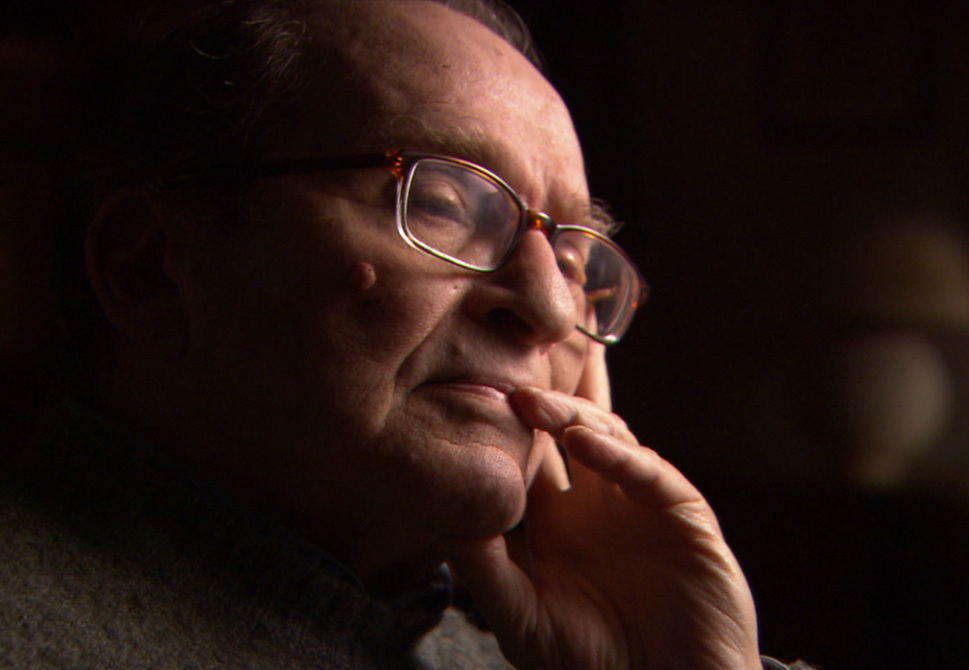