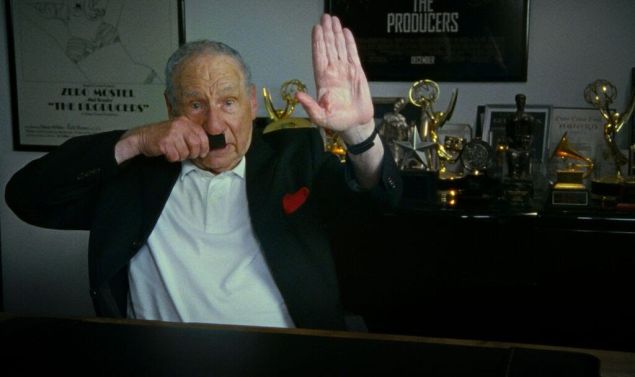 The Last Laugh received a standing ovation at its star-studded Tribeca premiere on Monday. I have to bite my tongue to keep from revealing the final zinger in Ferne Pearlstein’s outrageous Holocaust humor documentary. The great, salty, fearless Sarah Silverman has such a great wisecrack about an old couple touring the concentration camps in the ’90’s that, if you have the guts, you’ll be sharing again and again.

But do you have the guts?

Holocaust humor and its impact on first and second generation survivors, and multiple generations of Jewish comedians including Mel Brooks, Silverman, Joan Rivers, Gilbert Gottfried, Larry David, Judy Gold and many more is the subject of Pearlstein’s entertaining and wrenching documentary. Inspired in part by the 2005 dirty-joke doc The Aristocrats, the movie explores, through humor and the reactions of a survivor, Renee Firestone, how far comedy can go – and whether it heals more than harms.

Producer Anne Hubbell praised Firestone, “Telling Renee’s story and making it personal helps the movie. We needed a character to take us through it. She’s a total badass. For her, it was about finding the balance: reminding people of what actually happened as well as telling jokes and making fun of it in ways that were empowering.” Maybe we shouldn’t laugh at these jokes but we do – and Firestone, who survived the camps when her baby sister did not, serves as a guide.

“Nothing was off limits for Joan [Rivers]. She was telling abortion jokes in the 60s.”

“Something I find interesting about the movie in interviews that we did and jokes we listened to that the women go the furthest,” continued Hubbell, whose company seeks out and supports female-directed projects. “Joan Rivers and Silverman say things that are more outrageous and funnier because they have to be. Their stuff puts it out there in a way that most of the men in the movie don’t and I wonder: is it because they have to do that because they are women in comedy? They cross lines for people far more than Mel Brooks. Mel in the movie will go after the Nazis but he won’t make a Holocaust joke. For example, Rivers made a joke about Heidi Klum when she said, to paraphrase, ‘I haven’t seen a German looking that hot since they were pushing Jews into the ovens….Nothing was off limits for Joan. She was telling abortion jokes in the 60s.”

While the film uses existing footage of Joan, the comedienne passed away only two days before her scheduled interview. Pearlstein lamented: “At the time I was devastated because she was one of the first people to say ‘yes.’ Devastating for her and her family, but I was really sad about it. I worked hard to ensure that her presence was felt. In some ways it’s so poignant now, seeing her, cracking wise and exploding the boundaries of taste.”

The Last Laugh also features lesser-known comics, like the second generation New Zealander Deb Filler, who sings “No Maidel, No Kvetch” to the tune of “No Woman, No Cry” to a room of Holocaust survivors in Las Vegas. According to Pearlstein, Filler’s father taught his daughter that “‘if you were funny before the camps you were funny in the camps.’ If that’s your nature you don’t change.”

Pearlstein also included Mel Brooks’ “Springtime for Hitler,” showing how the once radical routine has become accepted over time. She recalled one of her production peaks: “At the end of the interview, Mel Brooks kissed me. He put his hands on my face, kissed me on the cheek three times like a grandfather and said: ‘You did a good job, Pearlstein.'”

With that, nu, who needs an Oscar? 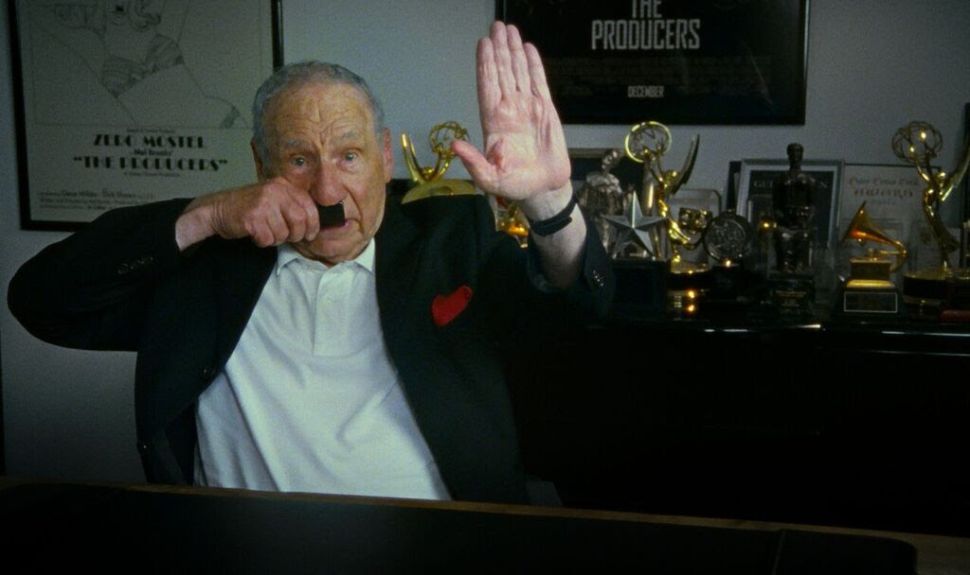