An appropriate adjective may not exist to describe the slaughter of innocents. They are blown to bits or shot in clubs, slain while they ride metros or wait at airports. Bombs are packed with nails for extra lethality. Suicide bombers wear explosive vests under casual clothes in order to blend in, making it easier for them to strike as innocents go about their daily lives.

Justifications for attacks are promoted on social media, with talk of “crusaders,” “infidels” and the Koran. New cells of killers form, aiming to destroy entire societies. In retaliation, shadowy terrorist figures, described by their Western opponents as “key operatives,” “financial emirs” or planners of “external operations,” are targeted by special forces or distant drones and eradicated. Organizational charts, showing the Islamic State’s hierarchy and members who have been taken out, are published in newspapers and websites across the world. Tit for tat revenge ensues.

Were the Brussels airport and metro bombings revenge for the capture of alleged terrorist mastermind Salah Abdeslam? Just four days earlier, he was arrested for suspicion of involvement in the November 2015 terrorist attacks in Paris. Belgian authorities have rounded up a host of additional suspects since Brussels. Are more attacks now being plotted to avenge those arrests?

The conflict today between the Islamic State and Europe is quite reminiscent of another scenario, one that has unfolded very close to the battlefields and occupied towns of Iraq and Syria, which the Islamic State calls its caliphate. I could not help but have a strong sense of déjà vu when news of the air strike that took out Islamic State commander Omar al-Shishani was splashed across headlines as a victory in the war against ISIS. News of his death sounded exactly like the announcements made by the Israel Defense Forces after they dropped five one-ton bombs on the Gaza residence of Hamas commander Mohammad Deif, killing one of his wives along with his 3-year-old daughter and infant son.

A sovereign country’s actions against those who target civilians can get ugly fast, as Europeans will learn. I never understood the European reaction to Hamas suicide bombings of Israeli civilians. Somehow, in European eyes, because Hamas claimed to have a “military wing” separate from its “political wing,” the group therefore had legitimacy. Hamas openly celebrated its slaughter of Israeli women and children. Its members attempted to justify their actions by claiming that since all Israelis could be drafted into the army, all are therefore military targets. When Israel retaliated, seeking to destroy Hamas’ operational base in Gaza or its capabilities in Jenin, Europeans were horrified by the “disproportionate response.”

I have seen the limbs, heads and other body parts of bombing victims strewn about scenes of devastation. It was in Jerusalem’s French Hill neighborhood in 2002, after a bus station was blown to pieces. Children’s toys and sneakers were scattered about, covered in blood. The barbarity of the bomber’s act seemed to belong to another universe.

However, many Europeans have protested Israeli retaliation to such attacks. Condemnations of Hamas’ actions were perfunctory and often contained code words that conveyed an understanding of their frustrations. In the face of Hamas’ unrepentant terror, some Europeans actually cozied up to Hamas. I fear European acquiescence to Hamas’ political goals and use of suicide bombers against civilian targets has not gone unnoticed by fellow jihadists. Hamas’ constant praise of its martyrs and open celebration of its attacks were not met with horror and outrage, as one would have hoped. Instead, European officials flew to Gaza to confer with Hamas, and the United Nations continued to run its programs there as if all was normal. Hamas seemed to target only Jews, they did not extend their attacks into Europe, so Europeans must have assumed they were safe from Hamas’ depravity.

But once the genie is out of the bottle, it is hard to put back. If the Islamic State’s terror strategy closely resembles the Hamas one, it is because they are one and the same. Once one ascribes even a scintilla of legitimacy to use of violence against civilians, the door to its proliferation has been opened.

Israel was never allowed to eliminate its enemy, Hamas. When an Israeli missile killed top Hamas leader Sheikh Ahmed Yassin, Europeans condemned the action. When Israel invaded Gaza to stop Hamas’ rocket attacks, Europeans condemned that, too. Since it was prevented from eradicating Hamas, Israel today continues to endure Hamas kidnappings, shootings and stabbings. Hamas celebrates the death of every Jewish civilian no matter how far from the occupied territories.

Several of my European friends and not a few of my American ones have pointed out to me that since Israel has F-16s and nuclear weapons, attacks on civilians are all Hamas can do to fight back against the occupation. This attitude, sadly, was common. The strategic takeaway was that targeting civilians was understandable, if not justified, if the other side possesses military superiority.

Do Europeans buy into that belief now?

If there is to be any chance of getting the genie back inside the bottle, there will have to be far more condemnation of violence against civilians, whether the terror is taking place in Turkey, Lahore, London or Israel. The condemnations will have to come from Muslims as well. For too long, murder has been viewed as an acceptable tool.

Hamas will strike again. They live to do so. It will be telling to see the European reaction to Israel’s response. If I were an Israeli political or military leader, I would strongly consider wiping Hamas out once and for all and daring Europeans to object. Reactions in Europe may be different now that they are targets of killers clad in those nail-studded suicide vests perfected by Hamas. 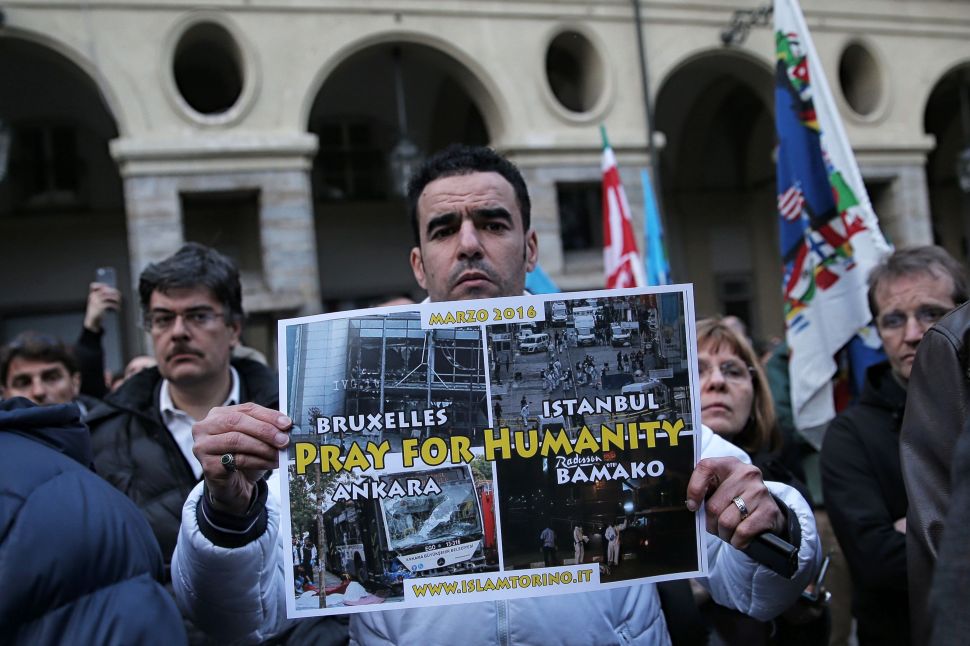