The Federal Transit Administration recently recommended that the MTA add more elevators to its 469 stations, making it compliant with the Americans with Disabilities Act (ADA). While the citywide upgrade would come at a cost of $1.7 billion, according to the Wall Street Journal , it would be a highly beneficial undertaking. As the FTA reports, New York paradoxically has the most ADA-compliant systems among the 10 largest subway systems in the country but the smallest percentage of accessible stations.

These are positive developments but some that are long overdue, as I learned this winter. Following recent knee surgery, I was forced to rely on crutches—and the New York City subway system.

As a 24-year-old ballet dancer, I have been injured before. But this was the first time I convalesced in New York. For the first three weeks after my surgery I took only cabs and Ubers—I was too unsteady for public transportation—but then I decided to save money and return to the subways. However, neither station near my Greenpoint apartment was ADA accessible. Currently, only 23 percent of stations are accessible for disabled passengers.

Not only is there a scant number of accessible stops―in the outer boroughs, some train lines’ ADA-compliant stations are few and far between. For instance, there are only three accessible J train stops in Brooklyn and Queens (Marcy Avenue, Flushing Avenue, and Jamaica Center).

This situation is pitiful, considering that San Francisco’s BART and Washington DC’s Metro are 100 percent accessible. It would be easy to dismiss this disparity, given that New York’s subways are much older than either city’s transportation system. But the Boston T is seven years older than ours, yet is 74 percent accessible. These cities, unlike New York, have made their disabled riders a priority.

On my first attempt at the subway as an injured passenger, I realized that a trip that took 30 minutes before surgery required an hour and a half. But it wasn’t the added time I minded so much; it was the pain-producing stairs. When I transferred to the L at Lorimer Street, there were three flights of stairs to conquer before getting to my train. Each excruciating step was made more precarious by the droves of other straphangers on their morning commute.

After my operation, I started to notice how many people deal with a disability as they travel in the city. Every day I witnessed old men with canes, wearily determined as they shakily walked the platforms and struggled up the stairs. It wasn’t until I joined their ranks that I truly appreciated their challenge. Of course, I had it easy. My disability had a shelf life.

More than one-in-ten New Yorkers, about 800,000, are disabled. And as Baby Boomers grow older, they too will need more elevators to ease their commutes. Yet our transportation system is geared towards the young and the fit and discriminates against the old and the disabled. It sends a stark message: they don’t belong.

I often smirk at the MTA “Courtesy Counts” ads plastered inside the trains. “Offer your seat to an elderly, disabled, or pregnant person,” the placards instruct. In this way the MTA puts the impetus of accessibility on passengers, while offering few solutions. The Authority announced plans to provide 33 stations with elevators over the next four years, raising the number of accessible stations to just 30 percent.

We can move faster. 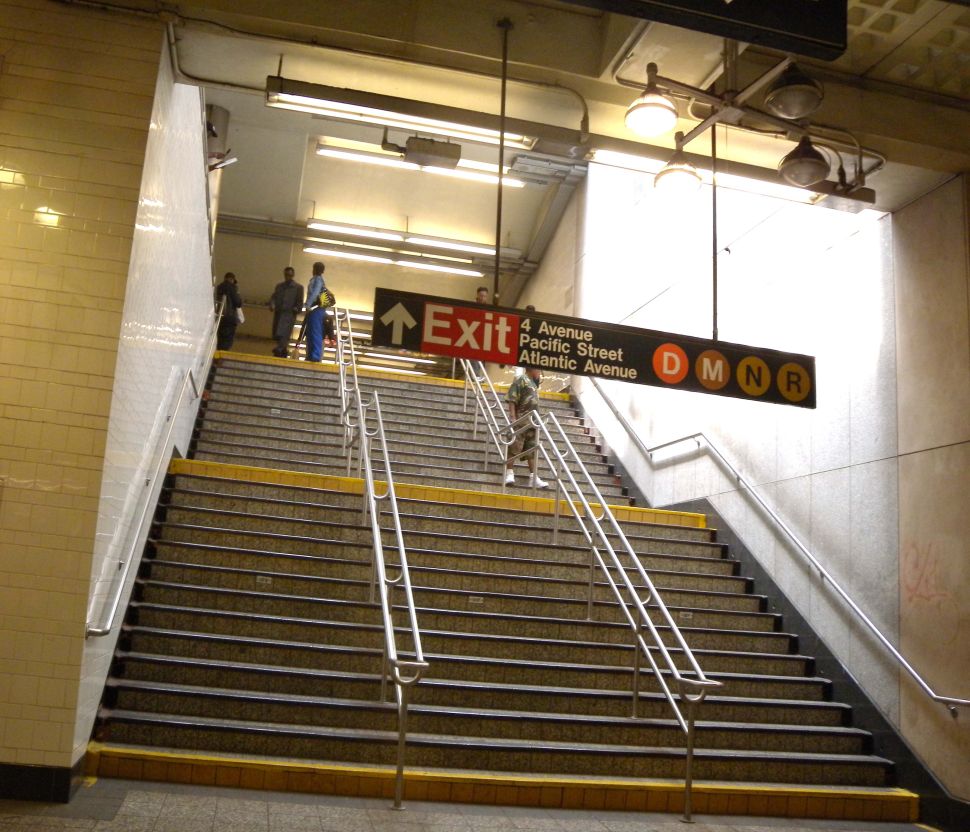