Following last Friday’s historic landing of the Falcon 9 rocket on the company’s autonomous drone ship, SpaceX CEO Elon Musk made a surprise (and rare) appearance at NASA’s Kennedy Space Center and told the media when he’ll lay out his plans to colonize Mars.

In the final moments of the post-launch press conference, Musk confirmed that he’ll be giving a talk at the International Aeronautical Congress (IAC) in Guadalajara, Mexico this September and that’s when he’ll make the much-anticipated announcements.

Such a statement isn’t to be taken lightly especially by a man who just pre-sold over 276,000 Tesla Model 3 electric cars, landed a 14-story tall rocket on a wobbly ship in the ocean, and even sent a spacecraft to dock with the International Space Station—all in a matter of weeks.

“I think it’s going to sound pretty crazy,” Musk said when referring to his Mars plans. “So it should at least be entertaining.”

Elon Musk believes that the key to becoming a multi-planet species is developing reusable rockets. “That really is the fundamental breakthrough needed to revolutionize access to space,” he said in a statement via the SpaceX website.

The billionaire commented on his vision for Mars earlier this year at the Venture Forum in Hong Kong where he also said he “hoped” to showcase SpaceX’s “architecture” for that vision at the IAC conference in Mexico. A forum Musk referred to as the “big international space event every year.”

The SpaceX Dragon cargo spacecraft is currently being unloaded at the ISS—a mission that resumes NASA-contracted supply runs that have been put on hold since last year’s mission failure. With the mishap now in his rear-view and now that SpaceX has successfully landed the first stage of their Falcon 9 rocket on both land and sea, it’s time for Elon Musk to refocus on Mars.

“It’s a fundamental decision we have to make as a civilization,” Musk said in Hong Kong. “Mars is the next, natural step. In fact, it’s the only planet we really have a shot at establishing a self-sustaining city on.”

Elon Musk has mentioned on multiple occasions that his aim is to send humans to the red planet sometime in the mid 2020’s, but until September there is nothing official. Just rumblings on Reddit and internet rumors about a Mars Colonial Transporter—a large spaceship that could initially help establish a city of dozens. 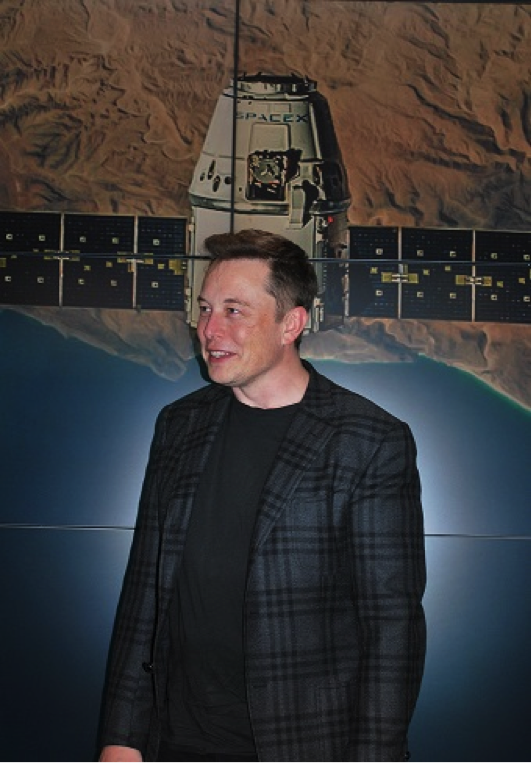