Two chauffeurs, drivers from a private livery service for the EU specifically assigned to members of the European Parliament, were caught with ISIS propaganda. They were fired.

An investigation is underway. It’s too soon to tell if either Brussels, home of the EU and the city in which the two operated, or the European Union itself will proffer charges.  But the firing of the drivers will likely be the end of the story. Why? Because that’s the way they do things in Brussels.

Who knows what could have happened had these two men not been caught. The ISIS material in their possession was on CDs—the preferred teaching tool by many in the illicit world and in the world of terror because it is untraceable. CDs have no on line history and no imprint. On the flip side, when you go online, you can be found and tracked—even on the Dark Web.

It’s amazing how naive Europeans still are to the threat of terror. After being attacked time after time one would think that the Europeans would learn their lesson. But they side with openness over safety almost every time. And that’s why they have become the preferred address for horrific, deadly, attacks by Islamic terrorists.

Think about it for a moment. These drivers had access not only to the members of the European Parliament, but to the inner sanctums of the European Union in Brussels and in Strasbourg, its second home. Any number of plots could have been perpetrated by these two. And they are not alone.

After further investigation it was discovered that many of the drivers in this hand-picked, specialty livery service had criminal records. Any one of the drivers could have easily delivered information and/or intelligence about the inner workings of the physical plant of the EU to other ISIS supporters. They could have planted weapons or bombs.

The original report was made public by Der Spiegel. I read it online and then the British press ran with it.  The livery service in question is the Biribin Limo company and they issued a statement saying: “There has never been anything untoward found in our cars.” Untoward is a European Britishism meaning inappropriate.

The EU Parliament Presidium made a quick decision when this security breach was uncovered. They changed policy. From April 11th onward, the day the materials were discovered, drivers for the EU will be employed by the EU no longer by a car service. This change should cost about $4.3 million. That is not very much to insure the safety of such an obvious target, especially considering that there are 751 MPs in Brussels and 85 in Strasbourg.

The ramifications of this security breach are gargantuan. It is difficult to fathom the cache for ISIS if they were to pull off a successful terror attack in the EU parliament in either Brussels or in Strasbourg.

What is just as unfathomable is that while we are now calling it a security breach, using this un-vetted livery service for one of the most influential, international bodies in the Western world was just business as usual for the longest time.  And that raises a most important question: Are Europeans simply naive or are they deliberately avoiding security?

Why did they not look closely and carefully at their policies last year after the Charlie Hebdo massacre? Or after the Paris bombings on November 13th?  Or the March 22nd ISIS attacks in Brussels?

Suicide bombings carried out by left them complacent, but CDs produced by ISIS rattled them.

The answer is that only a handful of people are actually paying attention.  The rest have either buried their heads in the proverbial sand or are simply starry eyed about the greatness of Europe.

Here’s another eerie detail that boggles the imagination. The Der Spiegel piece pointed out that one of the terrorists from the Brussels terror attack in March had worked as a janitor in the EU Parliament building.

The security of government buildings is actually in the hands of the maintenance teams. They know all the weaknesses, all the vulnerabilities and—most significantly, all the ways around that security.  After this information was made public there should have been an aggressive security crackdown on employees and contractors and anyone with access to or around European Union headquarters.

But that never happened. 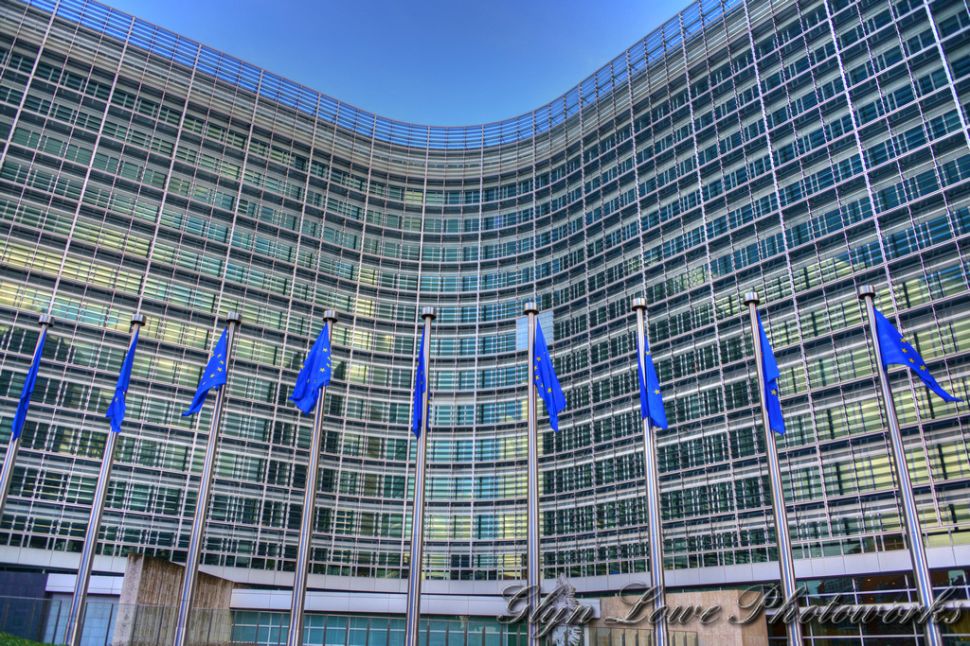